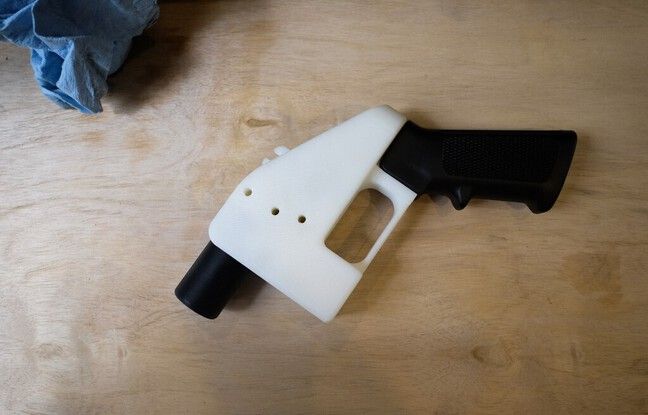 More and more 3D printed weapons have been seized in Europe in recent years, Europol said on Friday. The European Police Office organized a conference this week bringing together various professionals and experts to tackle the issue. “The threat posed by 3D-printed weapons is very much on Europol’s radar,” Martin van der Meij, a senior agency official, was quoted in a statement as saying that Europol has in recent years observed a ” increasing number of such firearms seized in investigations across Europe”.

In 2019, two people were shot dead in Halle, Germany, by an assailant using a homemade weapon, based on a blueprint downloaded from the internet to partly make the weapon with a 3D printer, Europol reported. The Spanish police had also for the first time in 2021 dismantled an illegal workshop dedicated to the manufacture of 3D printed weapons in Tenerife, in the Atlantic archipelago of the Canaries, recalled the European police office.

An international network of experts

A month later, two men and a woman were arrested in the UK town of Keighley as part of a far-right terrorism investigation on charges of possessing 3D-printed weapon components, according to Europol. In view of this phenomenon, the office brought together this week in The Hague (Netherlands), Europol’s headquarters, more than 120 actors, including law enforcement professionals, ballistics experts, forensic doctors, and policy makers for “one of the world’s largest exchange platforms on the threat of 3D printed weapons”.

“Such a challenge can only be met by combining the expertise, resources and knowledge of law enforcement, the private sector and academia to get these weapons off the streets,” Martin Van der Meij stressed. An international network of 3D-printed firearms experts will be created to keep law enforcement abreast of developments in 3D-printed firearms, Europol also announced after the conference. .