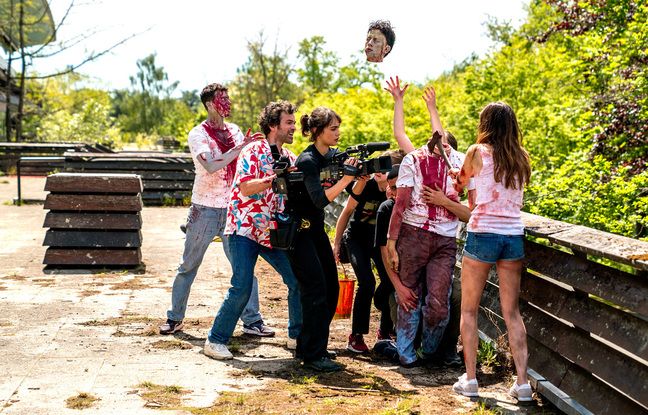 Do you dream of climbing the steps of the Cannes Film Festival in your cinema? Here is the program of what it is possible to discover now and what will come.

Those who still haven’t seen it absolutely must catch up on Coupez! by Michel Hazanavicius with Romain Duris and Bérénice Béjo, which will remain for 20 Minutes as one of the most joyful moments of this edition. Among the films in competition, you should not miss Les Crimes du futur which marks the return of David Cronenberg with Léa Seydoux, Viggo Mortensen and Kristen Stewart or Brother and Sister Future Classic by Arnaud Desplechin with Melvil Poupaud and Marion Cotillard. Still catchable out of competition: Top Gun: Maverick with Tom Cruise and Jon Hamm and Don Juan by Serge Bozon with Virginie Efira and Tahar Rahim.

at 2 p.m. – More than ever by Emily Atef with Gaspard Ulliel and Vicky Krieps (Un Certain Regard) at 4:45 p.m. – L’Innocent by and with Louis Garrel and with Roschdy Zem, Anouk Grinberg and Noémie Merlant (Out of Competition) at 7 p.m. – Chronicle of a temporary affair by Emmanuel Mouret with Sandrine Kiberlain and Vincent Macaigne (Cannes Première) at 9:30 p.m. – As Bestas by Rodrigo Sorogoyen with Marina Foïs and Denis Ménochet (Cannes Première)

Coming soon, Elvis by Baz Luhrmann starring Tom Hanks and Austin Butler is scheduled for a theatrical release on June 12. What about the hundred other films presented on the Croisette? Their release date is currently under negotiation.

In the meantime, we can revel in the traditional “recoveries” of films from the parallel sections. Those of the Directors’ Fortnight, including the very original La Montagne by Thomas Salvador (which received the SACD prize) will all be shown in Marseille next week, from May 31 to June 12 at L’Alhambra Cinémarseille, then from June 16 to 26 in Paris at the Forum images. The GNCR (the national group of research cinemas, association of auteur cinemas) will also resume part of the Fortnight from September 10 to 25 in certain cinemas in France affiliated with the association. Meanwhile, Critics’ Week films, including La Jauria by Colombian Grand Prix winner Andres Ramires Pudilo, will all screen in Corsica from May 31 to June 4. at the Galaxy Complex in Leccithen at the French Cinematheque in Paris from June 6 to 12.