For the Taliban, nothing to worry about for women 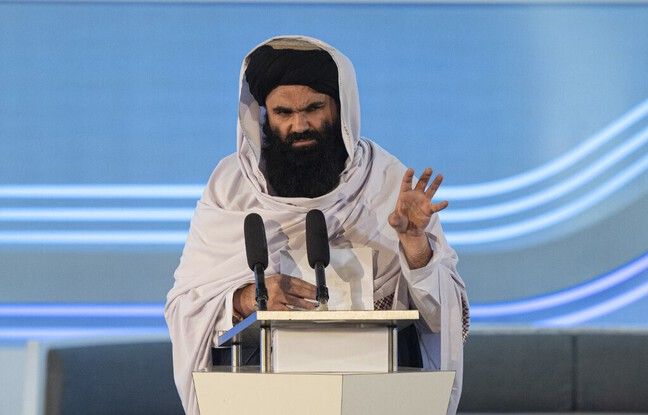 The Taliban on Friday rejected a call from the UN Security Council to reverse the restrictions imposed on Afghan women, deeming the concerns expressed by the international community on these issues “unfounded”.

A warning from the UN

The Security Council on Tuesday called on the Taliban “to promptly reverse the policies and practices that currently restrict the human rights and fundamental freedoms of Afghan women and girls”, in a unanimously adopted statement.

The text from the 15-member council cites “the imposition of restrictions that limit women’s access to education, employment, freedom of movement and full, equal and meaningful participation in public life.” .

In particular, the Security Council calls on the Taliban power to reopen schools for all girls and expresses its “deep concern” at the obligation imposed on women to cover their faces in public spaces and in media broadcasts.

In a statement released Friday, the Afghan Ministry of Foreign Affairs considers the concerns of the Security Council “unfounded” and “unrealistic”, and “reaffirms its commitment” to guarantee the rights of Afghan women.

“Given that the Afghan people are predominantly Muslim, the Afghan government considers that respect for (wearing) the Islamic hijab is in line with the religious and cultural values ​​of society and the aspirations of the majority of Afghan women,” the statement added.

In early May, the Taliban’s supreme leader issued an order that women must cover themselves fully in public, including the face, ideally with the burqa, a full-face veil with a fabric grid at eye level.

The restrictions imposed on Afghan women “describe a model of total sexual segregation and aim to make women invisible in society”, denounced Thursday in Kabul the UN special rapporteur for human rights in Afghanistan, Richard Bennett.

The international community has made respect for human rights, particularly for women, a prerequisite in negotiations on aid and recognition of the Islamist regime, which came to power last August.

The new restrictions imposed on women confirm the radicalization of the Taliban, who had initially tried to show a more open face than during their previous spell in power between 1996 and 2001. They then deprived women of almost all their rights, imposing on them in particular wearing the burqa.