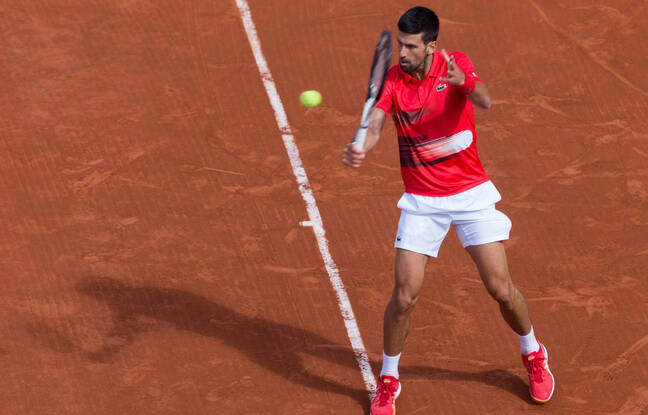 Novak Djokovic’s Roland-Garros is not going too badly, thank you for him. In lack of matches after a first part of the season truncated by his non-vaccination, the Serb still has not left a set on the way, and it was not the friend Bedene who managed to mess his hair on Friday on Lenglen (6-3, 6-3, 6-2 in less than 2 hours, thank you goodbye).

In short, the world number 1 was in a very good mood in front of the press, and when Novak is in a good mood, he likes to give cookies to journalists. Thus, he spoke at length about his former coach Boris Becker, sentenced to prison for tax evasion, and he did not blink when we continued on the fate of the unfortunate refugees whose fate he had unfortunately shared a few days before being deported from Australia:

“I am very happy to know that they have been released, because I know it has been a very difficult experience for them, those who have remained in particular for nine years. I only stayed there for a week. So I can’t imagine how they felt for nine years. They did nothing wrong. They are asylum seekers, and they stayed there for nine years! I didn’t understand why. If I shed a little bit of light on this situation, in a positive way for them, for this decision to be made, then I am very happy, because they have another chance in other countries. »

Relaunched on the change of governance in Australia, which could perhaps open the doors of the country to him next year when he was in theory banned for three years, Djokovic remained cautious. But he did not hide that he was dying to: “I heard the news, but I have no idea if my visa will be reauthorized, and if I will be able to come back to Australia. I would love to be able to come back and play the Australian Open. I have no grievance. There was what there was, but if I have the opportunity to play the Australian Open again, where I had the greatest success in the Grand Slam, I would love to go back. »