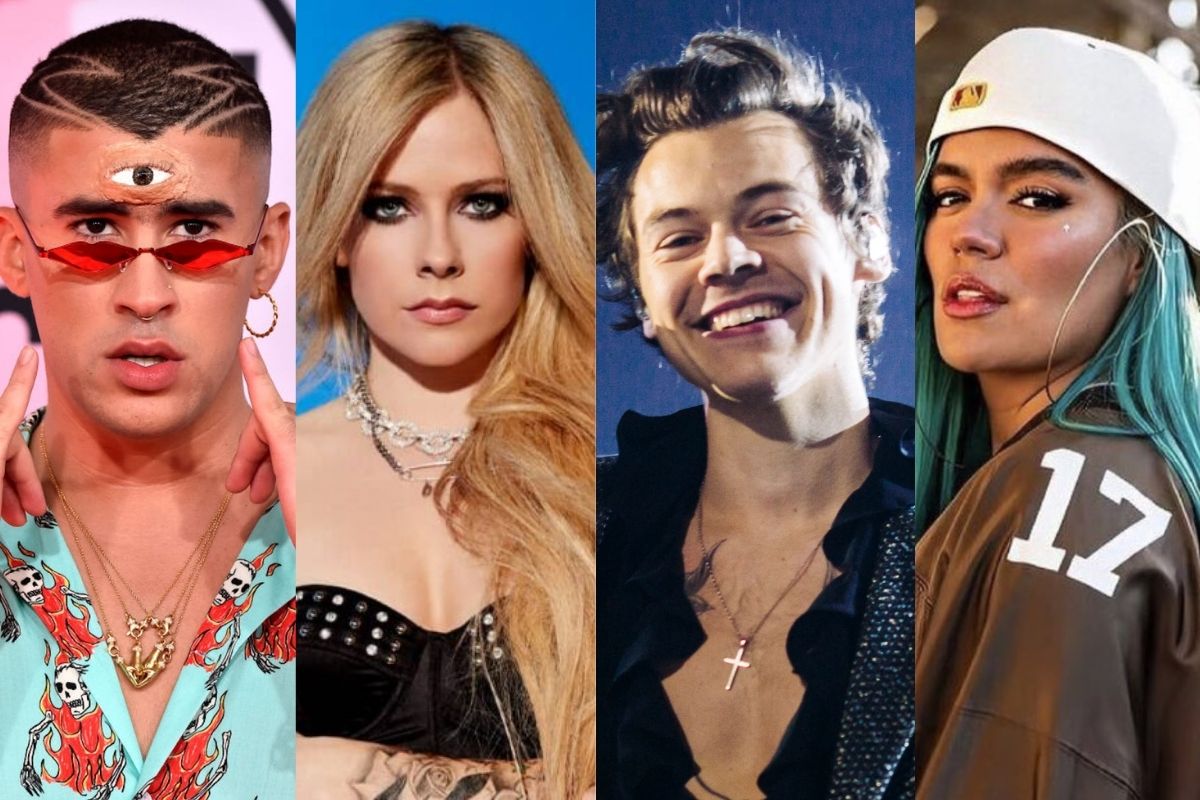 Learn about the concerts scheduled in Lima for this 2022.

After almost two years of the pandemic, the measures to prevent the spread of COVID-19 in Peru have been relaxing. The authorities have prioritized that businesses be able to function normally again, to the point that the curfew was eliminated and the capacity was no longer measured by percentages to now request that the distance of one meter be maintained in closed places.

This has had a direct impact on live shows. For example, for some time now, outdoor events had 100% capacity, but now, even with the necessary care, shows could be held on closed stages. It should be noted that one of the hardest hit items is that of artistic events such as music and theater.

However, in recent weeks there has been a flood of concerts. The effect of the confinement has generated that many pending shows are carried out and this is how we have seen the announcement of shows by artists such as Karol G, Bad Bunny, Coldplay, among others. It is also noteworthy that several of the concerts are already sold out, which is known as sold out.

Here we present a list of the next concerts in Lima, for the following months:

Place: Arena Perú Esplanada, located at Av. Manuel Olguin 200 (side of Gate 7 of the Jockey Plaza)

The youth idol confirmed that he will arrive in Peru to offer a concert as part of his first world tour to present his debut solo album “WALLS”. To date, Tomlinson has recorded an astonishing 1 billion streams on Spotify, as well as a massive social media following of more than 54 million fans.

Tickets from 157 soles in Joinnus

“I can finally announce that we are going with El Bichota Tour through Latin America. This time reloaded/ reloaded. Let’s have a chimba together. (Pre sale Tomorrow) Don’t let them tell you. I love them, wellss”wrote the urban singer on her Instagram account, which she accompanies with a video that projects the artist’s strength and energy. 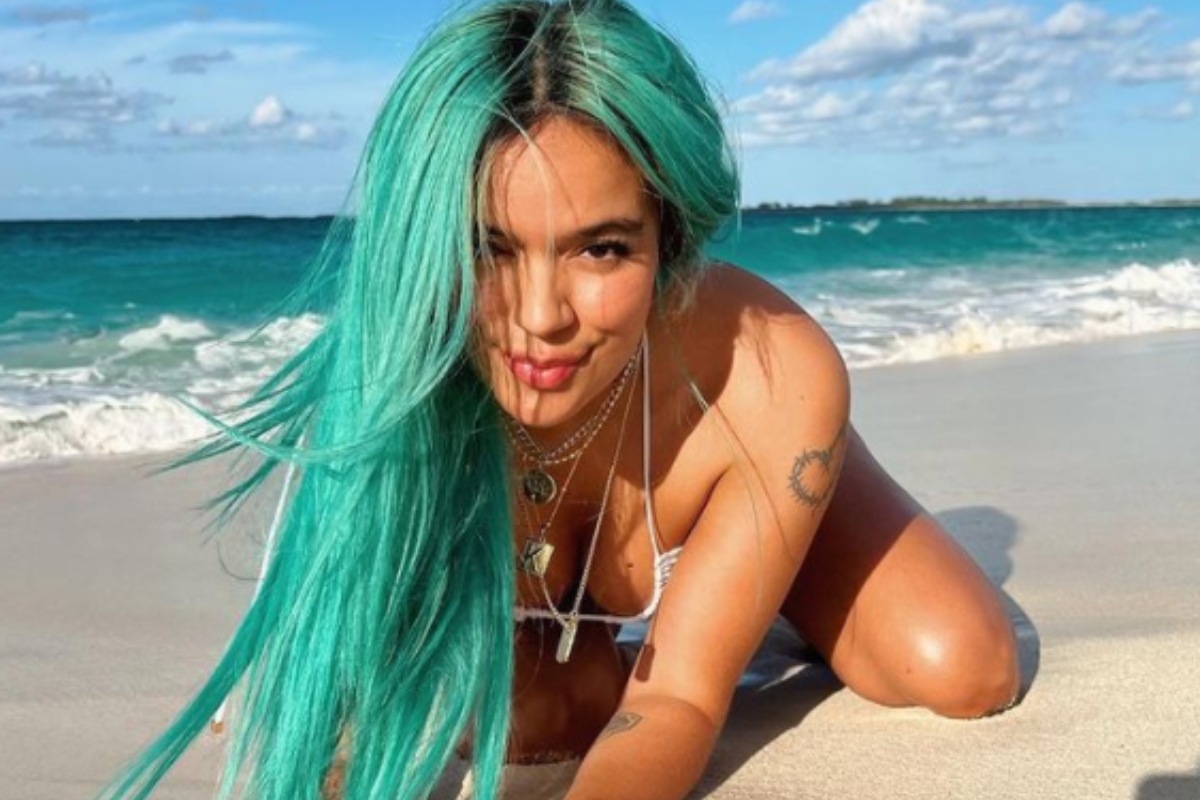 Karol G will give a second concert in Peru. (Photo: Instagram)

Tickets from S/ 190 on Teleticket

Luis Fonsi, winner of the Grammy and multiple gold records, arrives in Lima with the tour ‘La Noche Perfecta’.

Tickets from S/ 141 on Teleticket

The creators of multiple hits such as “Abusadora”, “Something I like about you”, “Rakata”, “Lla pa’ verte”, and “Como antes”, among others, will be part of a show that will move the emotions of many of their Peruvian fans. The 24-year-old duo will offer a final concert as part of their “La Última Misión Tour”.

Tickets from S/ 137 on Teleticket

CNCO, Rombai and Abraham Mateo will arrive in Lima on June 25, 2022 to give us an exclusive concert from Arena Peru. ⁣

After several efforts, Zoe has just announced her long-awaited tour, ‘Ganas Tour’, which has 60 concerts scheduled in countries such as Spain, Colombia, Mexico and, of course, Peru. Radiopolis, promoter of the concert, confirmed that her expected show in Lima.

Tickets from 40 soles in Teleticket

Gianmarco celebrates his artistic career in style with a full show at the National Stadium. 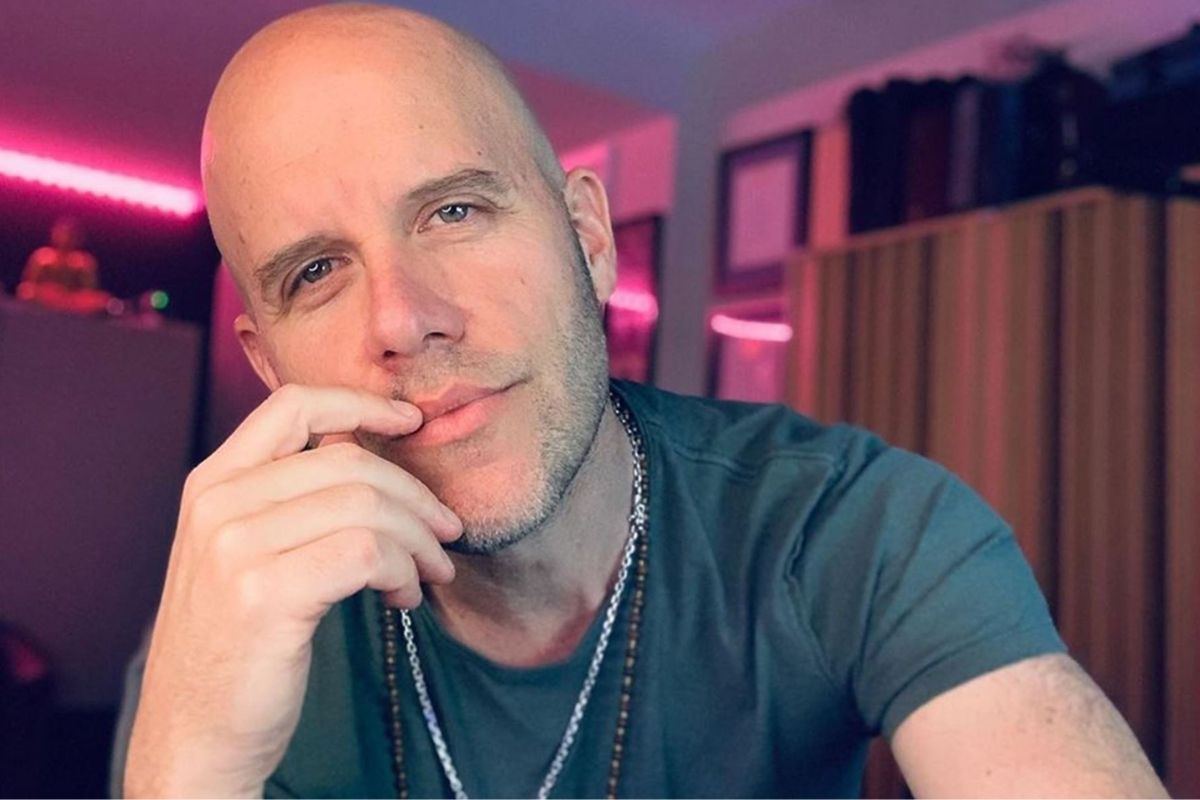 Gian Marco celebrates three decades of artistic life and will celebrate it on July 16 with the concert. (Photo: Instagram)

TOGETHER IN CONCERT XII

Tickets from S/ 70 on Teleticket

The 12 Latin stars that will perform at the Latin Festival of Peru will soon be revealed.

This 2022, the Colombian artist of the moment, arrives in Lima as part of his Dharma Tour where he will present us one of his most spectacular and impressive shows he has done. Yatra is recognized worldwide as one of the most influential and important Latin artists of our time. You can sing some of his hits such as Red Heels, Couple of the Year, Ideal Girl, There’s No One Else, Melancholy Anonymous, Treacherous, One Year, Give My Heart Back and many more in this great and unique concert.

Tickets from S/ 195 in Joinnus

The most recent work of the Guatemalan singer is called Blanco y negro, an album that has been very successful on digital platforms. Additionally, he received an American Grammy nomination for Old Fashioned. Not content with this, he has achieved a billion views of the video clip for “Fuiste tú”, a song with Gaby Moreno.

Tickets from S/ 103 on Teleticket

As part of their tour ‘Clichés Tour 2022′, the brothers Jesse and Joy Huerta Uecke will return to Peruvian territory to meet their loyal fans. Let’s remember that his latest album, “Clichés”, is the sixth record production, which has 15 songs that talk about changes, love, transitions and diversity.

Tickets from S/ 130 on Teleticket

The Canadian singer returns to Lima to perform her best hits such as “Complicated”, “Sk8r boi” and “Girlfriend”, among others. As you remember, the pop punk princess will return to our country after 12 years, for an exclusive and long-awaited concert. 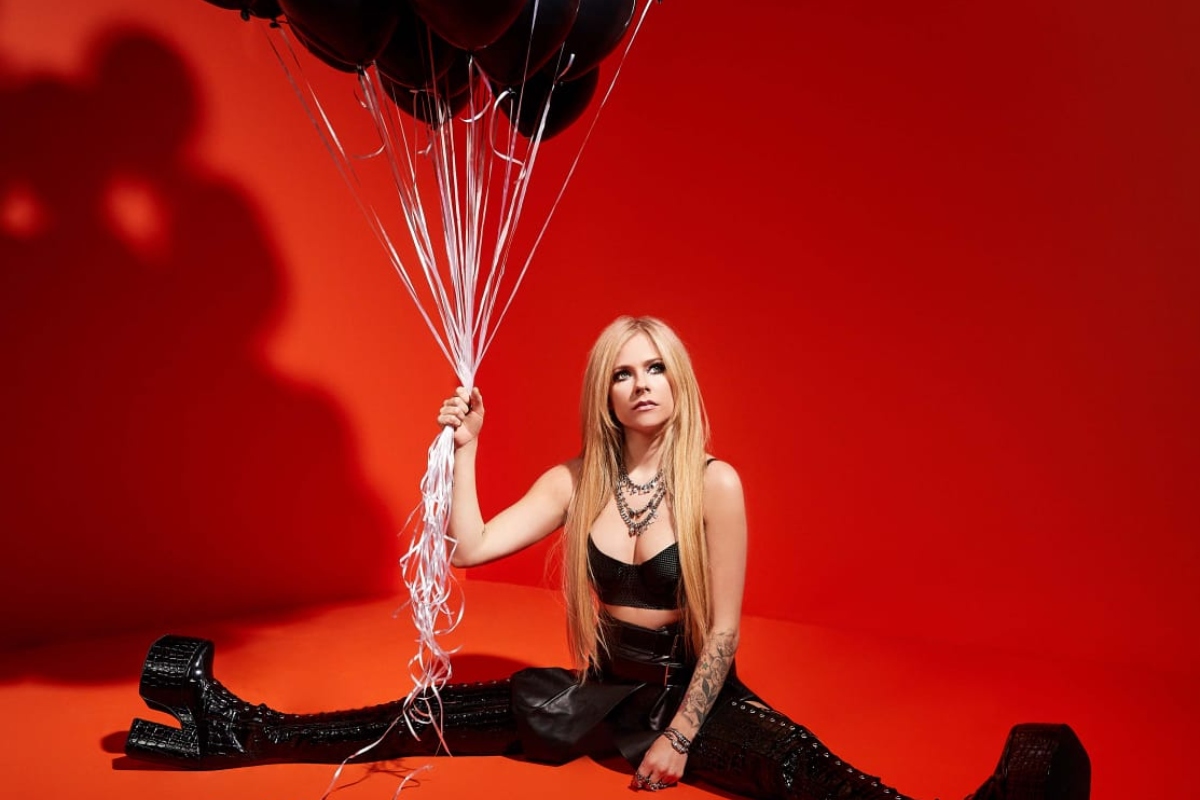 The English band returns to Lima as part of its ‘Music of the Spheres’ tour. As a previous act, the renowned singer Camila Cabello will be presented.

Place: Pelousse of the Jockey Club of Peru

Tickets from S/ 177 on Teleticket

After three years since his last performance, Colombian singer Maluma returns to Peru to offer a concert in Lima as part of his “Papi Juancho Maluma World Tour 2022″ tour, which includes several Latin American countries.

15 years have passed since Diego El Cigala and Bebo Valdés made history with the album Lágrimas Negras, a Grammy award-winning album considered by the New York Times as the best album of the year 2003. This concert recalls that collaboration between two great artists who fused their arts and their essences through the interpretation of great Cuban classics with the flamenco essence.

Tickets to be revealed price

Guns N’ Roses, one of the most iconic bands in rock, made up of Axl Rose, Slash and Duff McKagan; will arrive in our country next Saturday, October 8 to offer a concert at the San Marcos Stadium as part of his “South American Tour 2022”.

The famous jazz/jazz rock guitarist arrives in Peru. In the select list of artists with the most Grammys in history, he holds several marks: the largest number of grammys obtained for different albums consecutively, as well as awards in ten different categories.

Tickets from S/ 127 on Teleticket

The ‘Salmón’ returns to Lima with a full band as part of the ‘Cargar la suerte’ tour. In the concert he will perform his numerous hits that led him to be one of the most recognized rock musicians in Spanish.

After sharing a video announcing his retirement from music, the interpreter of “Gasolina” announced that Peru is on the list of countries he will visit on his tour. His show will be at the National Stadium. 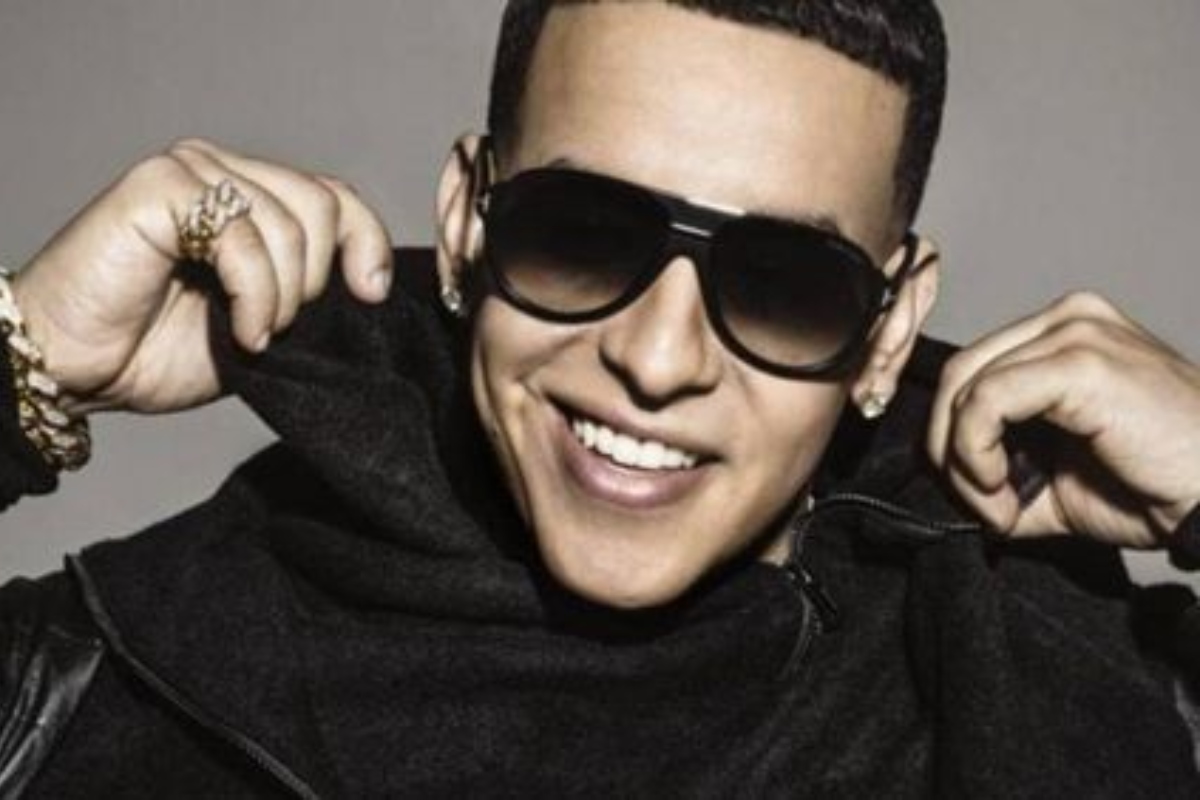 Tickets from 175 soles on Teleticket, available only for the second date SOLD OUT

Bad Bunny will give a concert in Lima. The followers of the reggaeton player viralized the date that confirmed his arrival in Peru. With an official flyer they announced all the details of this concert, whose ticket sales began on Friday, January 28 and Saturday, January 29, with an exclusive presale of 15% discount with Interbank Card in all modules and Teleticket website. Starting at noon on Friday, the thousands of followers will be able to obtain their long-awaited tickets to see the reggaeton star.

Place: Arena 1 of the Costa Verde

Tickets from S/ 43 on Teleticket

The band made up of Alex Turner, Jamie Cook, Nick O’Malley and Matt Helders will return to Peru after performing at the main Primavera Sound festivals in Argentina, Brazil and Chile.

Tickets from 180 soles SOLD OUT

The Harry Styles concert in Lima achieved a resounding sold out, a few hours after their tickets went on sale. This means that the multiplatinum artist will celebrate his first concert in Peru to a full house. In this presentation, the British will be accompanied by the young Jamaican singer Koffee.

Place: Peru Arena in Lima and Beer Garden in Arequipa

Tickets from 140 soles in Teleticket 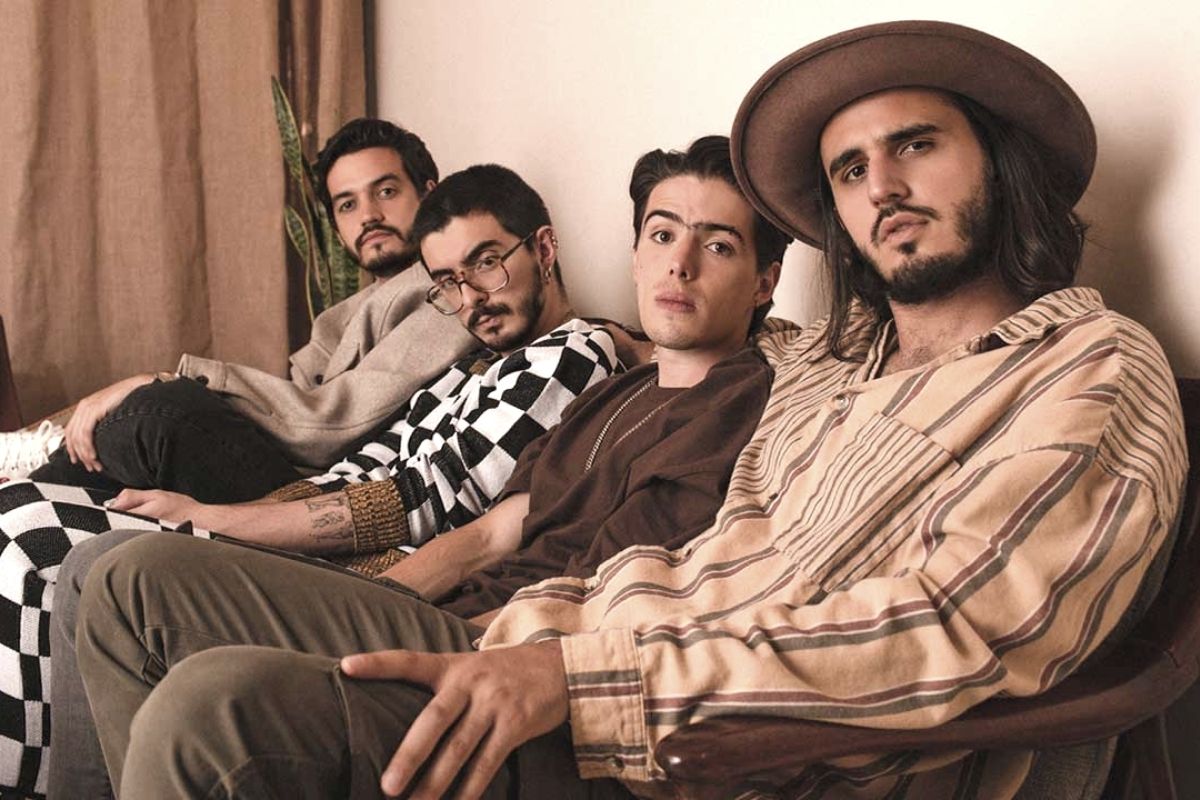 The Colombian group will step on the national territory on XXXX. (Photo: Instagram)

Djokovic in the third set well ahead of Van Rijthoven | NOW