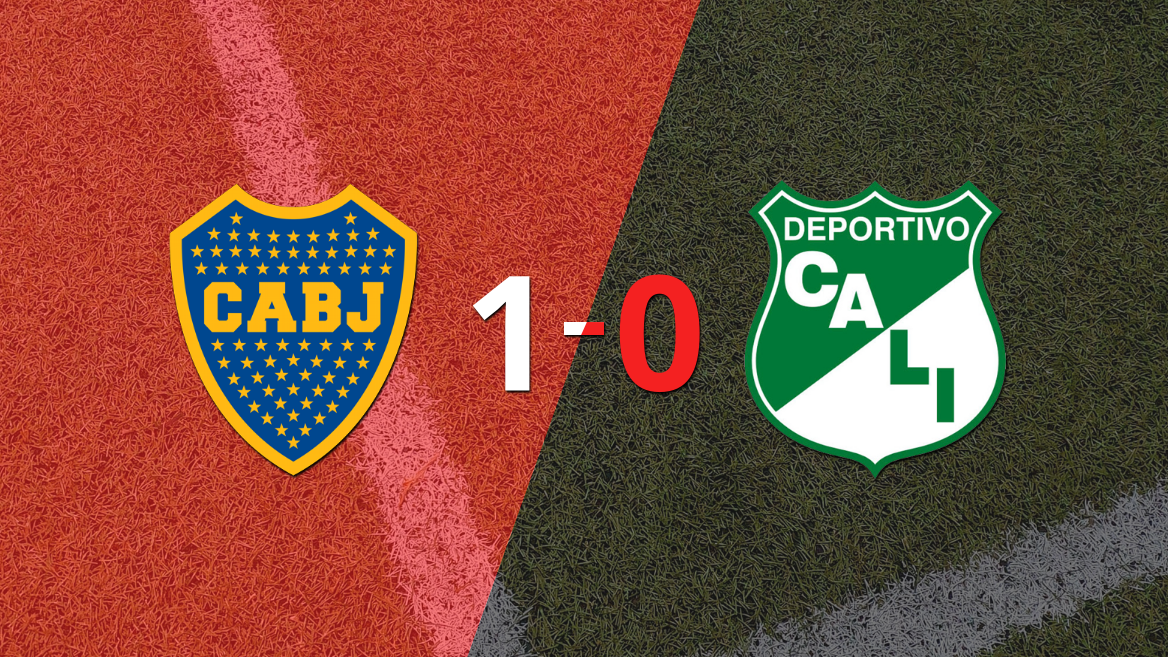 The Xeneize celebrated in the Bombonera for date 6 of group E of the tournament. The locals scored the only goal of the match 8 minutes into the second half, through Alan Varela. After an individual play on the right, the midfielder took a shot from medium distance that left the rival goalkeeper without a chance. Great goal!

Alan Varela crashed a shot into the post 11 minutes into the first half and drowned out the cry of goal from all his fans.

The figure of the meeting was Alan Varela. The Boca Juniors midfielder stood out against Deportivo Cali as he scored 1 goal, made 56 correct passes, stole 2 balls and kicked 4 times on goal.

At 12 minutes into the first half, Boca Juniors midfielder Óscar Romero made a fool of Jimmy Congo, Deportivo Cali midfielder, with a stupendous shot.

It was a game with many fouls and numerous interruptions. There were a large number of cautioned: Frank Fabra, Jimmy Congo, Edgard Camargo, Jhon Vásquez, Teófilo Gutiérrez, Nicolás Figal, Carlos Izquierdoz and Cristian Medina.

For their part, those led by Rafael Dudamel stood with a 4-5-1 strategy with Guillermo De Amores under the three sticks; Aldair Gutiérrez, Guillermo Burdisso, José Caldera and Christian Mafla in defense; Edgard Camargo, Jimmy Congo, Jhon Vásquez, Teófilo Gutiérrez and Kevin Velasco in midfield; and Yony González up front.

The designated referee for the match was Piero Maza Gómez.

Boca Juniors finished as leader in Group E with 10 points and goes to the next instance. While Deportivo Cali says goodbye to the competition by finishing last in this round and adding only 8 points.