Oppo wants to occupy all the grounds. The brand of “official” smartphones of the Roland-Garros tennis tournament is also going to the net with its Enco X2, new True Wireless headphones (100% wireless) that resist sweat and are sold for 199 euros. In this price segment, many opponents compete, such as Samsung and its Galaxy Buds Pro, Sony and its LinkBuds S, but above all Apple, each manufacturer of which covets the success of the AirPods (3rd generation) which would occupy more than 50% of the market. , according to our information. So, is Oppo redoing the game?

A year after its Enco X (launched at 179 euros), Oppo is updating its star headphones with, in particular, increased autonomy and better noise reduction. But it is especially on the court of the musical listening that we wanted to play our sounds to test them in conditions. 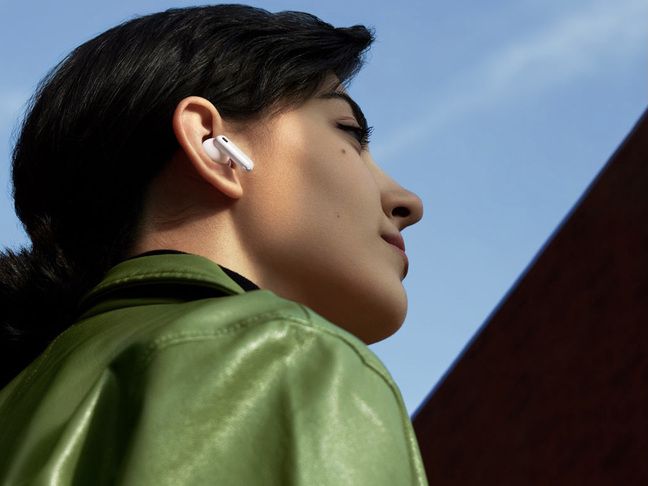 Extracted from their pebble-shaped charging case with a varnished finish (in black or white), the Enco X2s rediscover the design of their elders. With their small cupertin-inspired white stem, there is no doubt that Apple’s AirPods are the benchmark for the Chinese brand to imitate! Still, this appendix allows here a perfect maintenance of these in-ear headphones. Thus, they fit into the ear canal and do not arise at its entrance, unlike so-called “open fit” headphones.

Very comfortable to wear, stable and creating no discomfort, supplied with three pairs of tips, the Enco X2 can be used with Oppo’s HeyMelody app. We appreciated that all of its functions are compatible with Android but also iOS (which is not always the case, as with Huawei products, for example). Thus, we strongly recommend the use of HeyMelody, because this application allows in particular a real optimization of the sound reproduction of the headphones according to the morphology of your ears, but also your capacity to more or less hear certain frequencies. Thanks to a function called “Sound of gold”, a perfect adjustment of the headphones will be carried out, totally adapted to your listening!

Easy to remember, the touch controls of the Enco X2 are complete. They are carried out by small successive pinchings on the stems of the headphones. Play/pause, next or previous title, volume, but also activation of noise reduction or “Transparency” mode (to stay aware of outside noise in an urban environment) are offered. It is complete. Note that it is possible to modify the assignment of these commands in the application by deciding which functions will be assigned to the pinches made on each earpiece.

Tested for many hours, in both quiet and noisy environments (such as public transport), the Ecco X2s have lived up to our expectations. We were particularly surprised by the “punchy” side of their sound reproduction while listening to Unlimited Love, the new album of the Red Hot Chili Peppers. Moreover, there is nothing like Bertrand Belin’s new album Tambour Vision to assess the (good) ability of the Enco X2s to reproduce voices in the midrange. And to push the Enco X2s to their limits, we subjected them to Kendrick Lamar’s rhythmic Die Hard bass, or even the punchy Kerberos of the electro fanfare Meute.

General appreciation: the sound is good, detailed, muscular, warm. Observation however: a slight tendency to rise in the treble and the presence of some sibilances (hissing sounds, with “S” marked on the highest frequencies). A small defect that we were unfortunately unable to compensate for through the application which does not have an equalizer, but only three presets (Real, Simple and clear and Punchy). 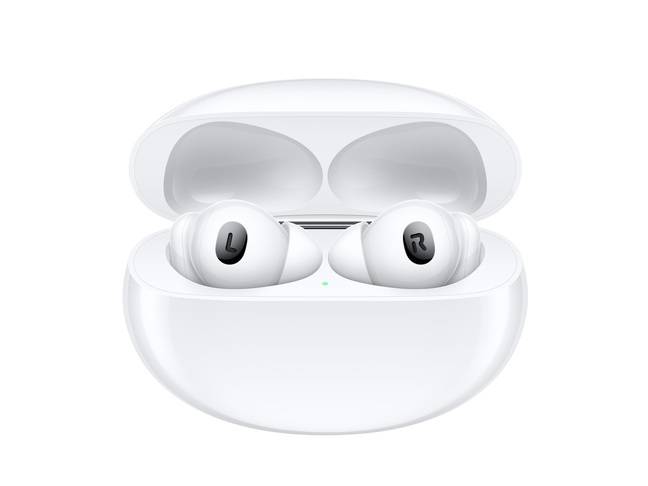 The autonomy of Oppo’s Enco X2 can reach up to 22 hours with successive recharges.. – OPPO

In addition to the natural passive isolation offered by the in-ear format of the headphones, the noise reduction offered is effective, especially for the lowest sounds. As for the autonomy, it is actually reinforced, with nearly 5 hours of listening without noise reduction, and up to 20 hours with successive recharges in the case. Almost double compared to the Enco X… Good point: the Enco X2 fully recharge in sixty minutes and are compatible with wireless charging.

On arrival, you can fall for these well-made headphones, but which remain quite expensive compared to more aggressive competitors on price and which do not deserve it. To spend 50 euros a month, you can, without risk of betraying your eardrums, venture on headphones at 149 euros like the excellent Elite Active 75t from Jabra, also compatible with sports use. Or the Marshall Mode II which, if they are not resistant to sweat, take the shock under the splashes and have, them, a real equalizer.