At Roland-Garros, Hugo Gaston tries to keep his feet on clay 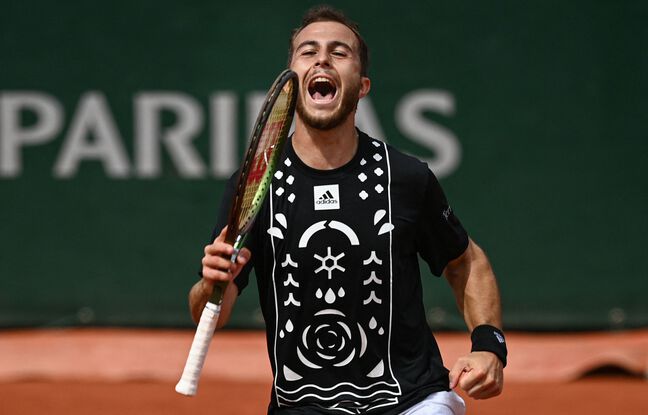 Above all, do not give in to euphoria. Despite the ovations of Lenglen, the congratulations of his relatives and personal satisfaction, Hugo Gaston does not want to get carried away. Qualified Thursday for the 3rd round of Roland-Garros, the French once again capsized the Parisian public with his success in 3 sets against the Argentinian Pedro Cachin (6-4, 6-2, 6-4).

However, it is difficult to speak of an achievement when you hit a lucky loser (drafted from the tournament). It is also difficult to get excited because Gaston is not at his first attempt at Porte d’Auteuil. In 2020, the current 74th player in the world, had passed three rounds and reached the round of 16. Moreover, it is not us who play the half-jaded but rather the entourage of the player like his coach Marc Barbier.

2020’s experience helps him deal with his emotions

“In the management of events, he like his staff, we are much less in euphoria. Of course we are super happy, I’m not going to hide it from you, but we are much more down to earth. Anyway it can not be learned, you have to live it, we started to live it a few times, we manage to manage this kind of situation more effectively, ”recognizes the coach of the 21-year-old player.

Moreover, the experience of 2020 clearly helps the player to better control his emotions on his favorite Lenglen court. “I know the terrain a little more unlike my opponent. It’s an advantage, I entered the field feeling good in my head and good physically”; recognize the player. A real plus provided you are not scheduled on Saturday on the center court. “I feel good for the moment on the Lenglen,” admits Gaston, who was asked his preference between the two courts.

Rune, a tough opponent in the next round

On familiar ground on Lenglen, the Frenchman will also be familiar with his opponent in the next round, the Dane Holger Rune. Whether in training at the start of the week or in doubles this year on the circuit, Gaston gets along well with the 19-year-old player at the already sulphurous reputation. 40th player in the world, the kid is anything but a gift even if he is a novice at this level.

“He has such Rune energy, he has such ambition, such a desire to perform, there frankly I do not calculate the fact that he may not have played a 3rd round of a grand slam. He has already won a 250, he comes out of a half in Lyon, we talk a lot about Alcaraz but Rune is a great player, who hits very hard, it’s going to be a good fight, ”promises Marc Barbier already. Can not wait for Saturday.