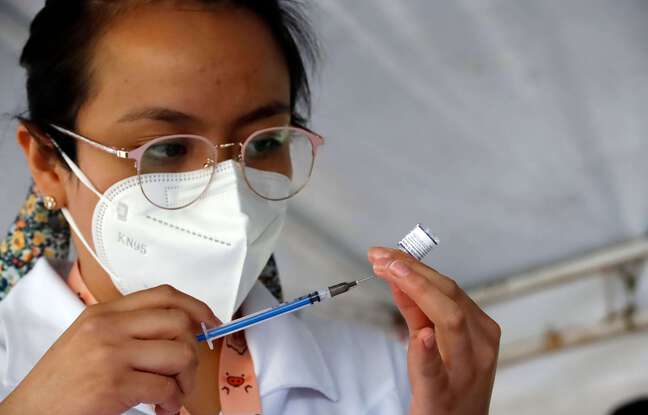 The Haute Autorité de santé recommends a booster anti-Covid vaccine in the fall for people most at risk of serious forms, in particular people aged 65 and over, as well as immunocompromised people and their entourage, in a notice made public. Wednesday. The “most probable” evolution scenario of the health crisis is, in the eyes of the HAS, that of a “lesser” impact of the circulation of the virus, although “still active”, “thanks to a lasting immunity and sufficient to limit serious forms and deaths”.

A model that begins to resemble that of the classic flu, with a reminder campaign each year for fragile people. Precisely, the HAS recommends coupling the two campaigns for “reasons of mobilization and logistics”.

Preparing for a new dose for everyone

To define its vaccine recommendations, the HAS worked from the three scenarios described by the World Health Organization on the circulation of SARS-CoV-2 in France during the coming months, from the most optimistic to the most pessimistic. “Even if the current data seem to show that the epidemic is stabilizing in France, it is highly likely that the circulation of the virus will periodically re-intensify”, she observes.

In the scenario considered the most likely, “the incidence and the number of serious cases are decoupled, which would lead to less and less serious epidemic waves”. But “periodic transmission peaks could occur due to the increase in the proportion of people with waning immunity, making it necessary to periodically administer a booster dose of vaccination for those most at risk of form. severe”, details the HAS.

However, given the “many uncertainties” that persist on the evolution of the epidemic (possible emergence of new variants, etc.), the HAS does not rule out having to change its recommendations. “It is therefore necessary to be ready to anticipate the pessimistic scenario for which a large-scale vaccination campaign should be quickly organized,” she warns. According to the latest figures from health authorities, France recorded some 32,000 cases on Tuesday, an average of 22,579 daily cases over seven days. A month ago, the seven-day average was over 76,000.