The Lord of the Rings: Gollum Preview – A Clear Battle 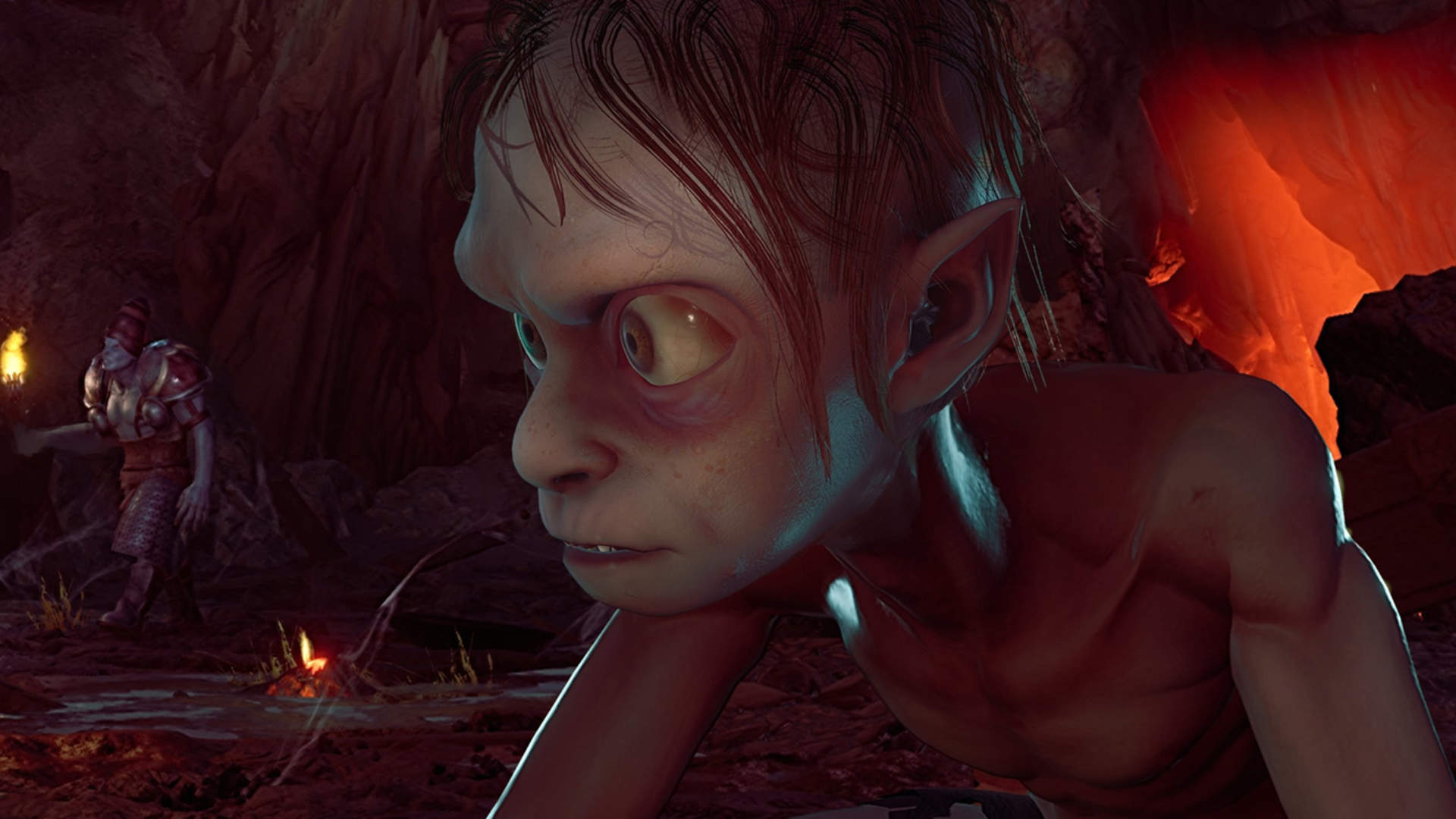 The Lord of the Rings holds a special place in my heart. As a little boy I devoured the books and then watched the films of Peter Jackson countless times. The Hobbit was “slightly less” movie-wise, but despite that, it’s always nice to return to Middle-earth. As far as I’m concerned, not enough games, movies or series can be made in this fantastic setting and I was happy when I saw the first moving gameplay images of The Lord of the Rings: Gollum appear before me.

After that first trailer, it was quiet around the game for a long time. There was no release date and actually we didn’t know exactly what we were going to do in the game. After a presentation of the tutorial and a level a bit further in the game, I have now been able to get a reasonable first impression of Gollum.

The Story of Gollum

The character Gollum is super interesting on its own. The conflict that rages within him provides special moments in the films and books and that could fit well in a game. In addition, Gollum always moves fairly unseen through the world of Middle-Earth and his only goal is to find his beloved Ring. The Lord of the Rings: Gollum initially takes you to Barad-dûr and its environments in Mordor. You want to escape the land and in the tutorial you will get a step-by-step explanation of the basics of the game.

Gollum is a master of stealth and that is what you see coming back in the game. Not an action RPG or anything like that, but a story-driven game that builds on stealth and the choice between Gollum or Smeagol. Stealth in this game translates to something the developer calls “Gollum Sense”, the ability to make enemies glow red and see the way from A to B. This sense also turns Gollum into a sort of “Shadow Gollum” when hidden in tall grass. In the tutorial you were supposed to walk around patrolling Orcs as Gollum to leave the area undetected. In addition to sneaking from tall grass to tall grass, Gollum can run, jump, and hang from various ledges with a Zelda-esque stamina bar.

After the tutorial in gritty Mordor, a portion was shown later in the game. Here the gray, dark tones of the area have been exchanged for a beautiful Elven palace where the Elf-king of Mirkwood and Gandalf have a chat. Because of the skip, it’s not entirely clear how Gollum got here, but his goal is to free an elf. He does this by again coming from point A to point B unseen. He doesn’t hang from the guides, but from the trees and chandeliers in the castle. The developer effortlessly hops to the blue bubble that Gollum needs to find, but promises that it will be “quite a challenge for the player as the puzzles get harder and harder.”

There is a small bottleneck for me after this presentation. The developers indicate that there is no progression in the game for the character Gollum. He is who he is, doesn’t learn new skills and doesn’t get any better at, for example, the stealth we saw in the tutorial. I’m therefore a little worried that the game – which the developers say will last about 20 hours – could quickly fall into a repetition of steps that take longer and longer. In the Elven Palace, instead of going around the Orc in Mordor, Gollum walked around Gandalf without being seen, and instead of tall grass to hide in, here was wooden furniture. Of course I understand that only a short portion of the game was shown here and I am therefore very curious how the game continues to challenge and remain interesting.

Another part that I have seen very little of, are the moments of choice between Gollum and Smeagol. This should be an important part of the game, but these moments didn’t pass during the presentation. Therefore, it is impossible for now to say what influence it will have if Gollum has the internal upper hand or, on the contrary, Smeagol. The game revolves around the story that is told and therefore seems to focus entirely on the die hard Lord of the Rings fans. I also include myself in that, but I hope that the game will be varied enough.

The Lord of the Rings: Gollum will be released on September 1, 2022. I very much hope that the game turns out to be a fantastic gem and not a glorified repetition of the tutorial.

Deals of the Day: Sale at bol.com with a discount on monitors, games and OLED televisions