“Petro accuses from pure paranoia and it seems to me that he casts shadows on elections that are going to be totally clean”: Jaime Bayly 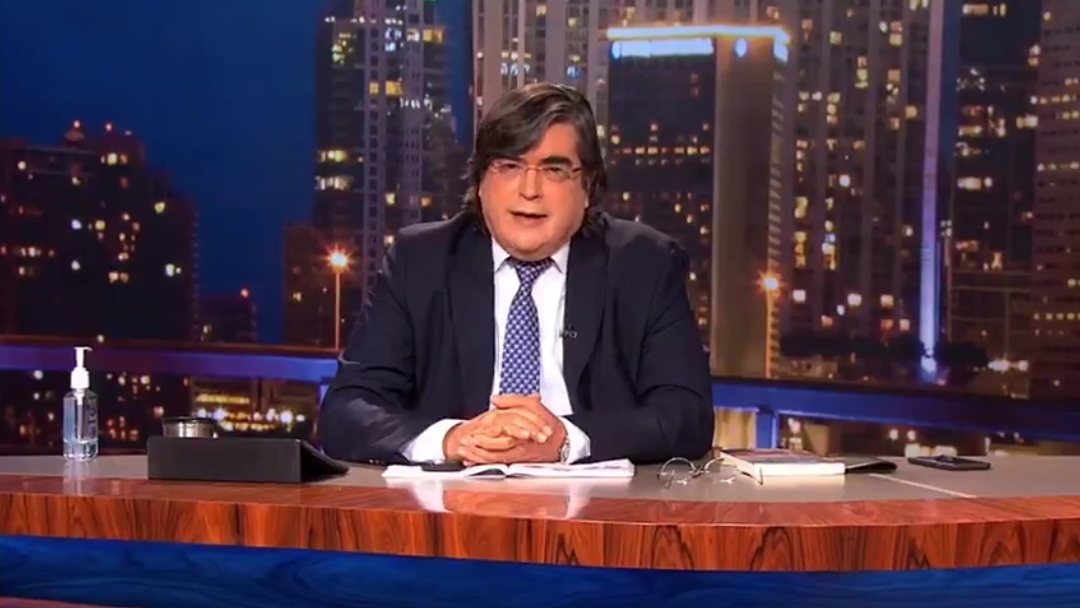 It should be noted that in previous broadcasts of his television program, the Peruvian insisted on the doubts generated by Petro and stated that if he were Colombian he would vote for Federico Gutiérrez.

Less than a week before the first presidential round, in which Colombians will elect their new president, the Peruvian writer, television presenter and journalist Jaime Bayly dedicated a large part of his program, ‘El Observador’ on the US channel Mega, to the elections that will take place this Sunday, May 29 in Colombia.

The journalist began his program by talking about Gustavo Petro, the candidate who leads all the polls: “This Sunday, Colombians will vote for their next president. It has caught my attention that the favorite, the left-wing politician, Gustavo Petro, casts doubt on the elections a few days before they are held and talks about a possible coup against him. It is a dangerous statement, which is not supported by evidence. He accuses from pure paranoia, and it seems to me that he casts shadows on elections that he is going to make totally clean,” said Bayly.

Given these statements by the candidate of the Historical Pact, the writer assured that Colombia has one of the oldest and strongest democracies in Latin America, so saying that a coup d’état is going to be presented or the elections are going to be canceled is a mistake. seriously.

“You still haven’t won, Mr. Petro. The votes still need to be counted cleanly. Perhaps there will be a second round between Petro and (Rodolfo) Hernández, and in that scenario the votes are very close,” said the 57-year-old man.

It may interest you: There is still no international audit contracted for the presidential elections in Colombia, confirmed CNE

But the Peruvian went further and showed a video of Petro in which he said that: “Change is to remove from power those who have always governed Colombia.” Upon returning, the presenter referred to what was said and assured that: “Saying that is extremely dangerous, it is messianic, it is the speech of an enlightened leftist caudillo who is perhaps going to stay in power for the rest of his life.”

And he added: “To say that the same people have governed for decades and that everything is deplorable is exactly the same speech by Chávez in 1998. That is why I set off my alarms when Petro says that he does not trust Colombia’s democracy. He redoubles and multiplies my doubts about how solid his faith in democracy is. Here you lose and win, ”he continued saying in his monologue.

Regarding the former mayor of Bucaramanga, Bayly did not hesitate to say that: “Obviously he is not an intellectual, but he is a candidate who makes himself understood and who connects well with the average Colombian when he speaks,” he said about the 77-year-old candidate, who It has rebounded in the latest polls and could cause an electoral surprise and dispute the second presidential round with Gustavo Petro on June 19.

It may interest you: Presidential elections 2022: Colombian school students vote symbolically this Tuesday

In turn, he added that the ‘engineer’ is correct in expressing what many want to hear: “The few things he says, he says in a persuasive and effective way. Therefore, he is a good communicator and a good candidate.”

In addition, he stressed that Hernández has a speech formula that goes directly to people’s feelings. “The speech of whipping and whipping the entire political class does not fail. The speech about I’m going to remove all thieves from power, either. It has a rhetoric that excites the most primal feelings of the tribe”, he concluded.

It should be noted that in previous broadcasts of his television program, the Peruvian insisted on the doubts generated by Petro and stated that if he were Colombian he would vote for Federico Gutiérrez.

“We reject the interference in our exercises by armed groups:” Indigenous Resguardo de Pueblo Nuevo Ombudsman warns about new forms of deception by armed groups to recruit minors