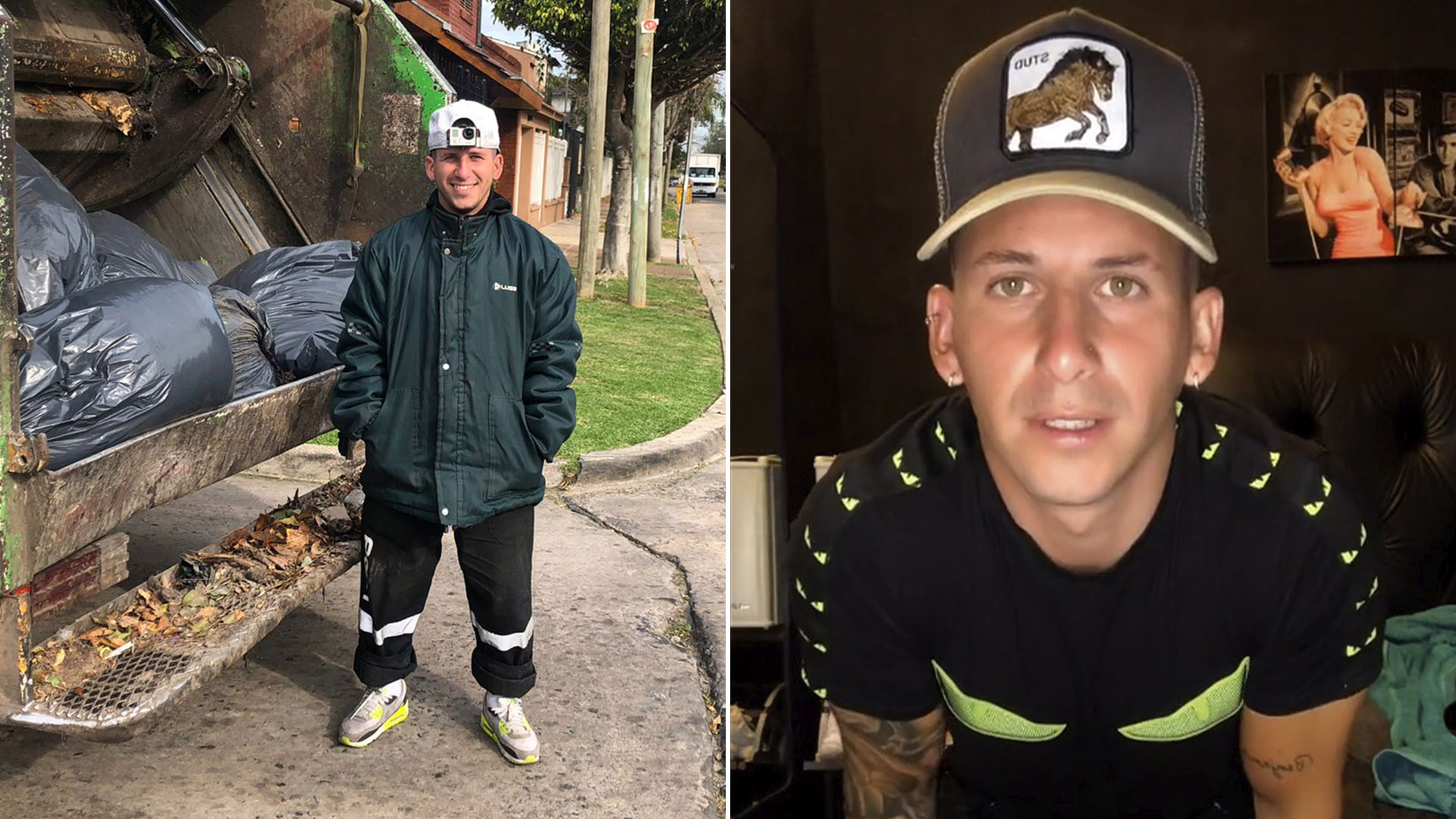 It all started seven months ago when Nicolás Aquino wanted to be a Youtuber. He watched videos with his girlfriend at the time. Why not? He could show off his work as a garbage collector, like no one ever did before. He would be very original. What if. His accounts called almost all Nico Basura on different networks (Tik Tok, Instagram, YouTube, Twitch), soon drew attention, because his protagonist knew how to win the affection of the audience immediately. The curious thing is that the most viewed videos are not those of his daily work. He also stands out with the section dress with me, What do you do on Saturday nights before you go out dancing?

“You are a crack. Humble. Keep it up and don’t change ”, encourages his followers, who do not spare demonstrations of affection. Many tell him that he makes their day. Nico had been warned by his friends that if he started uploading content to the networks he was going to be the target of criticism and he was already prepared for that. But so far, all he gets is affection. The last nice thing that happened to him is that a girl invited him to watch a Boca game. And he reflects that he never imagined that he would be known.

Nick is 27 years old. He lives in the village of La Rana, in the district of General San Martín. Many of the videos that he broadcasts show him lifting the bags left by the sweepers together with his co-worker, Maximiliano, with whom he has a lot of fun working. Before being made effective, he would run about five hours picking up trash from the baskets. Today his work is a little less demanding on a physical level. And what he films he does with a Go Pro that fits on his hat, which is worn upside down.

What can happen to a collector in his day to day? For example, Nico recorded the day that while traveling in the back of the truck he had a spider on his hand. And he got scared, at the same time that his partner made fun of him. Funny situations, laughter, jokes, dances and pranks are always generated among his colleagues, such as the video in which one of his colleagues gets off the truck and has a summer refreshment in full uniform and sneakers, in a spiky hair arranged on a sidewalk The title of the video says: “Can you imagine living in Europe and missing these collectors from San Martín? The whole scene is incredible, the pool on the sidewalk and the dip”. His followers on the networks defended the humor of the collectors, arguing that the pool was public, because it was on the sidewalk.

“When I started working as a regular with Maximiliano, which is a lot of fun, I said to myself, this has to be recorded. And I started with a cheap little camera. Just after I bought the professional. And he adds: “My intention is to publicize the work we have. For example, when we show if we find something rotten. What I want is for people to have fun”, he assures. 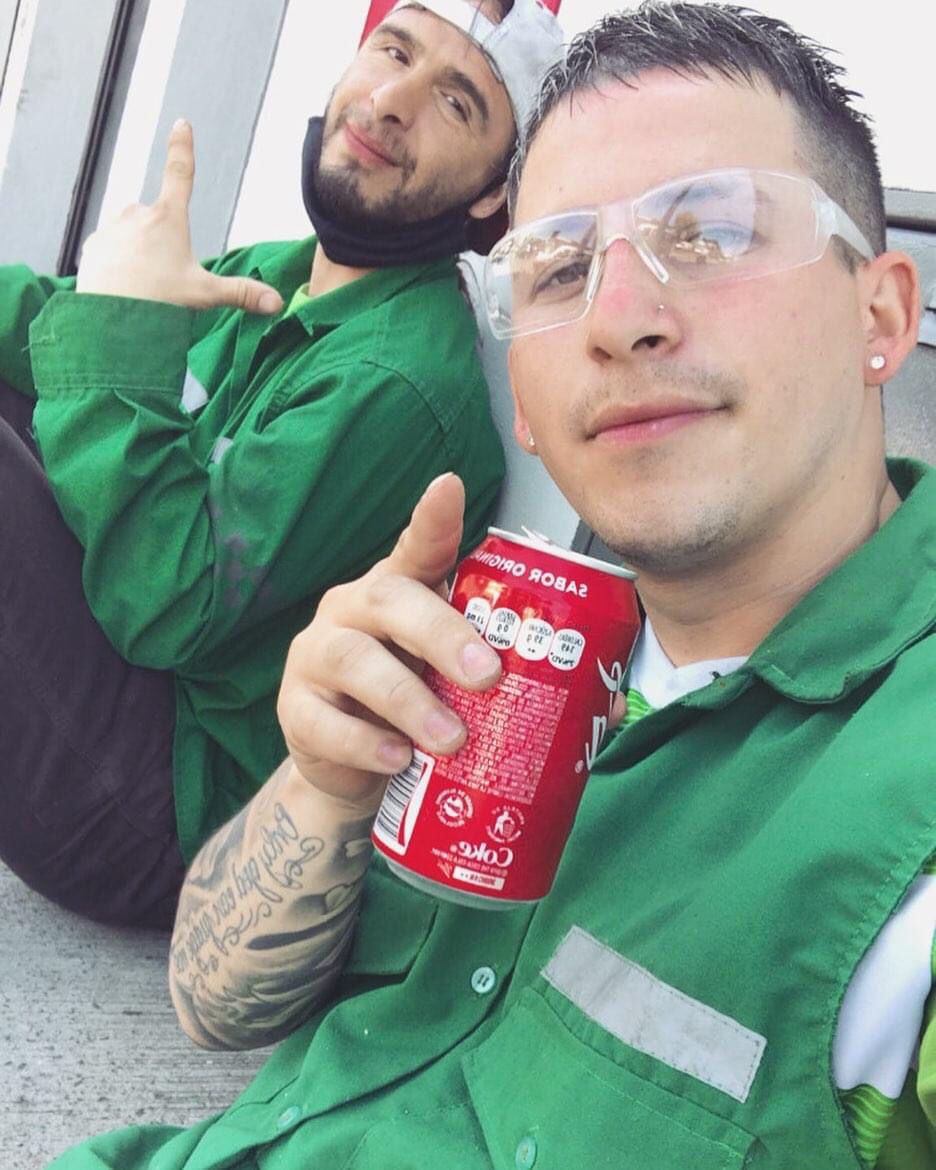 With his co-worker Maximiliano, another of the stars of his videos

The hallmark of Nico and his beloved companions, who are also part of this stable cast, is spontaneity. They film once a week and “what comes out, comes out”. He believes that this naturalness is valued by the faithful audience. After the material, he passes it on to a publisher.

The section dress with me it is a success. There are many men who ask him where he buys clothes. Nico is a fan of sportswear. As he is not married, nor does he have children -he explains- he can give himself those pleasures. “I spend a lot going out to dance and in the closet,” he says. Doing that section was suggested by his cousin, who was looking at networks. She sent him a video of a girl and told him: “Do this, because you have a lot of clothes, you’re flirty and it takes you a long time to get dressed.” Fame has earned her. Before going out dancing on Saturday nights, she spends two hours choosing what to wear. She prepares three changes of clothes on the bed, tries different combinations. And he is always the last to arrive at the appointment. All his friends know it.

Every Saturday, before going out to dance, Nicolás Aquino, alias Nico Basura on the networks, shows how he chooses his clothes and gives style advice

This is how he started with that section, where he shows his sneakers, shorts, t-shirts, divers, watches, caps. And also what perfumes she wears. She sprays herself as a finishing touch on camera. He says that because of his sporting style, at some point he couldn’t go to bowling alleys.

Nicholas is recorded dress with me In his bedroom. She sometimes appears with a towel tied around her waist, displaying the new garments in hand. In the background, she sees a painting of Marilyn Monroe. She says that she dreams of having a dressing room, among many other things. Her house is made to her liking. He built it himself.

Before being cashed in his job, he didn’t have to go every day and he was paid by the day. He then raised the walls of his house, with the masonry advice that his acquaintances gave him, because he couldn’t afford to hire someone. “With a cousin I learned masonry, I put the ceramics. I did everything, even the roof and electricity. I was inside my house all day”, he says proudly.

People likes it dress with me because I talk a lot. I record it on weekends, all at once. People follow me because of who I am, ”she emphasizes. And her intuition does not fail her. He is gaining more and more followers. On his Tik Tok he has an audience of 154 thousand people. On Instagram, more than 22 thousand (appears as Nicobasuraa). On YouTube almost 30 thousand. And this is just beginning.

I’m here to conquer the world like this!” she exclaims when trying on one of her “outfits”. In one of the videos, she shows her Dolce & Gabbana t-shirts, well adjusted to the body, to go to a bowling alley. All her clothes look impeccable. Also, his haircut, which he himself shows how he tidies it up in front of the mirror. His sneakers look like new. He says that he has accumulated clothes for a long time. And everything looks brand new.

Once some men criticized him, he admits, but on good terms. It was because he said that he had bought clothes on 47th Street. The collector says that if he sees something he likes in a shop window, he goes and buys it. He has no prejudice if it is a female business. That was how once he had liked some sneakers from that adolescent brand and he entered the store and since they had run out he found others and also, he also liked a sweatshirt and pants a lot. “That video talking about those clothes went very viral,” he says. The comments that can be read on Tik Tok are as he says, all positive. They leave him written: “I loved the chombita from the beginning”, “I don’t know but everything looks good on him”, “You dress up cool and on top of that you look amazing with the tattoo on your arm”. 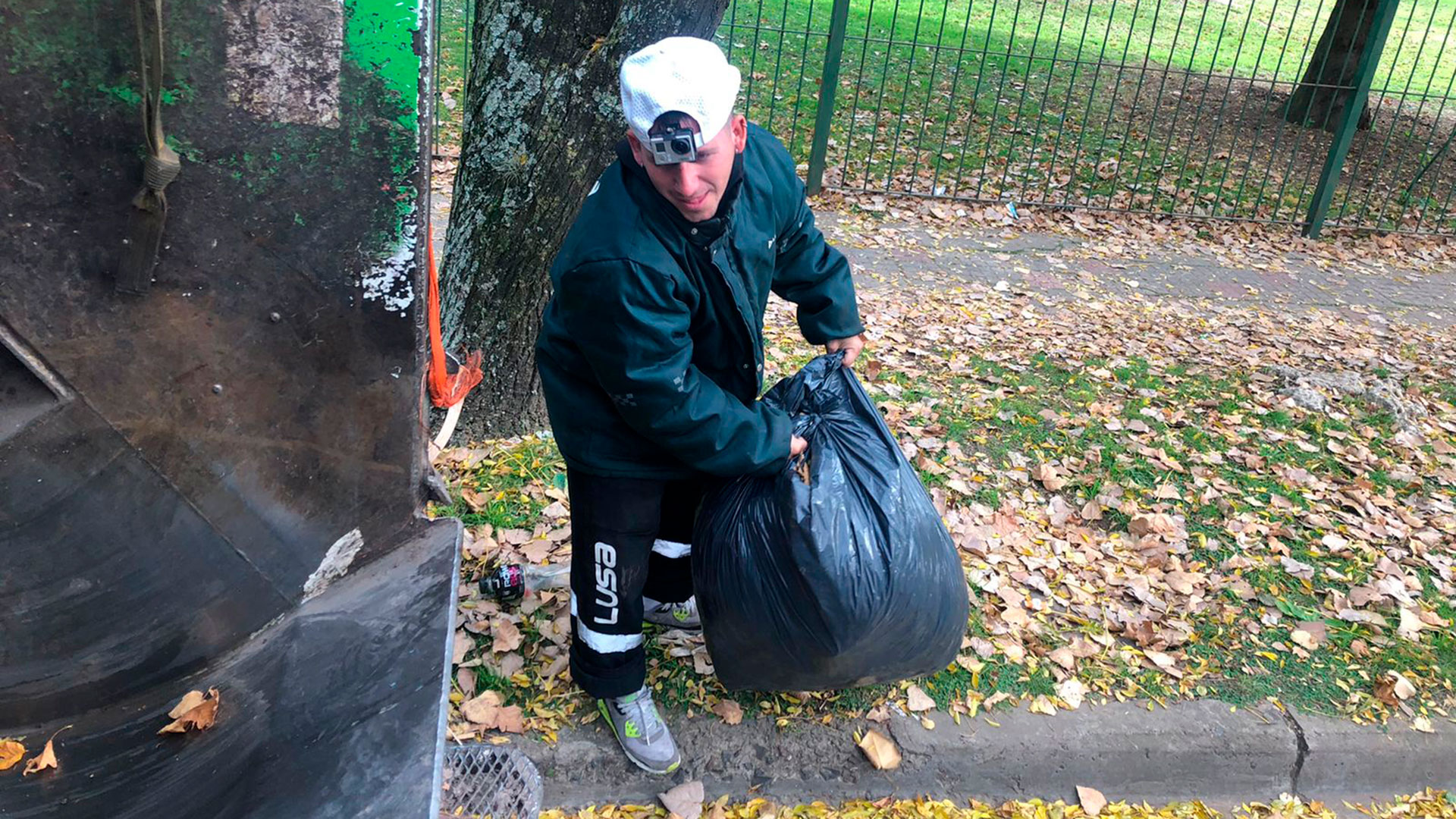 Nicolás tells if in the village where he lives they make comments about how much he spends on his clothes. Again the affection. The neighbors greet him. What are they going to tell him? He takes the opportunity to speak well of his neighbors. “Here it is full of working people.” He is annoyed that they are frowned upon for living there. He happened to him with the parents of ex-girlfriends, who he was annoyed that they went to his house. “I’ve lived here all my life and I wish I could leave,” he says. At the moment, he can’t. He wants to leave because “things happen” and the day he has children he would prefer to avoid those situations. In several videos of his Tik Tok videos, the problem of insecurity in his neighborhood can be seen taken with humor.

And the influencer garbage collector has many more dreams to fulfill. How to tour Argentina and the world. At the moment he does not earn money with his networks. Some Instagram accounts offer to dress it up. But Nico rejects the invitations, because he prefers to dress in his style. Except that proposals from his favorite brands arrive and then he would not refuse. Of that he is sure.

Dani La Chepi began a courtship in complete isolation with her waste collector: “He brought me a wine and told me: ‘When this quarantine is over we’ll drink it'” The consumption of influencers: a phenomenon that does not stop growing