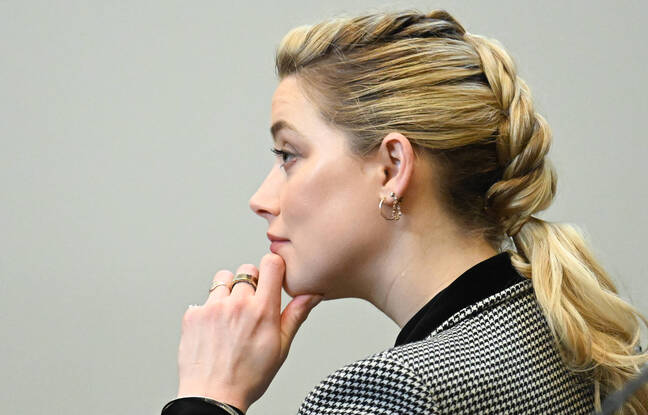 The ball is in the court of Johnny Depp’s lawyers. Those of Amber Heard ended their argument Tuesday, in the high-profile defamation lawsuit brought by the star actor of “Pirates of the Caribbean” against his ex-wife. Johnny Depp, 58, says his ex-wife ruined his reputation and career after he wrote an op-ed in the Washington Post in 2018, in which she claimed to have been the victim of domestic violence in 2016, without quoting her ex-husband . He is seeking $50 million in damages.

The actor, who testified for four days, denies having ever raised a hand on his ex-wife, assuring that it was she who was violent. But Amber Heard, who starred in the big Hollywood productions “Justice League” and “Aquaman”, counter-attacked and claimed the double, claiming to have suffered “physical violence and assault”. She also says she was ostracized from Hollywood and lost roles or advertising campaigns.

A shortfall of 45 to 50 million dollars

According to his lawyers, his role in “Aquaman 2” was greatly reduced despite the global success of the first opus released at the end of 2018, due to a smear campaign by a lawyer for Johnny Depp. Walter Hamada, president of DC Comics Productions at Warner Brothers Studios, said production had concerns about the “lack of chemistry” between the actress and co-star Jason Momoa on “Aquaman.”

Kathryn Arnold, a specialist in the entertainment industry, explained Monday that the career of Amber Heard “was close to a meteoric rise” after the success of “Aquaman”. But she then suffered “a lot of negative publicity” on social networks because of this platform. According to Kathryn Arnold, the actress lost between 45 and 50 million dollars in stamps and promotional campaigns.

Johnny Depp’s lawyers estimate he also lost nearly $40 million after the domestic abuse charges, including $22.5 million for the role of Captain Jack Sparrow he was to reprise for the sixth installment of the saga. “Pirate”. The two actors had started an affair in October 2011 before getting married in February 2015. Amber Heard had filed for divorce in May 2016, which was pronounced in early 2017.