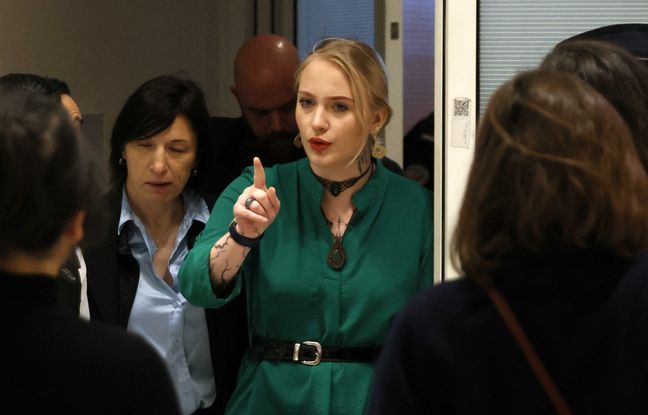 Second wave of convictions in the Mila case. Six people, including four women, were sentenced on Tuesday by the Paris court to prison terms ranging from three months suspended to four months firm, under electronic bracelet, for harassment and death threat against Mila .

In its deliberation, the court only retained the count of death threat against only one defendant, Melinda D., mother of two children, already convicted several times for theft, fraud or driving without a license. . The five other defendants were convicted on the sole count of aggravated harassment.

Victim of a “tidal wave of hatred”

Mila, who lives under police protection, was the target of a ‘tidal wave of hatred’ after responding in January 2020, aged 16½, to insults on social media about his sexual orientation through a vehement video about Islam.

The young woman, who claims her right to blasphemy, had attracted a new round of threats after the publication of a second controversial video, on November 14, 2020, in which she sharply launched to her detractors: “and last thing, watch your buddy Allah, please. Because my fingers in her asshole, I still haven’t taken them out”. According to her lawyer, Mila has received more than 100,000 hate messages and death threats since her January 2020 video. Mila was not present at the hearing on Tuesday or any of the defendants, aged 19 to 39.

“A few words on a social network can have serious consequences”

“Just a few words on a social network can have serious consequences for the authors of these words of hatred and violence,” said Mila’s lawyer, Me Richard Malka. “I have no satisfaction in seeing these young people condemned. My only satisfaction in this case would be that Mila could return to a normal life… and that is not the case, ”he added.