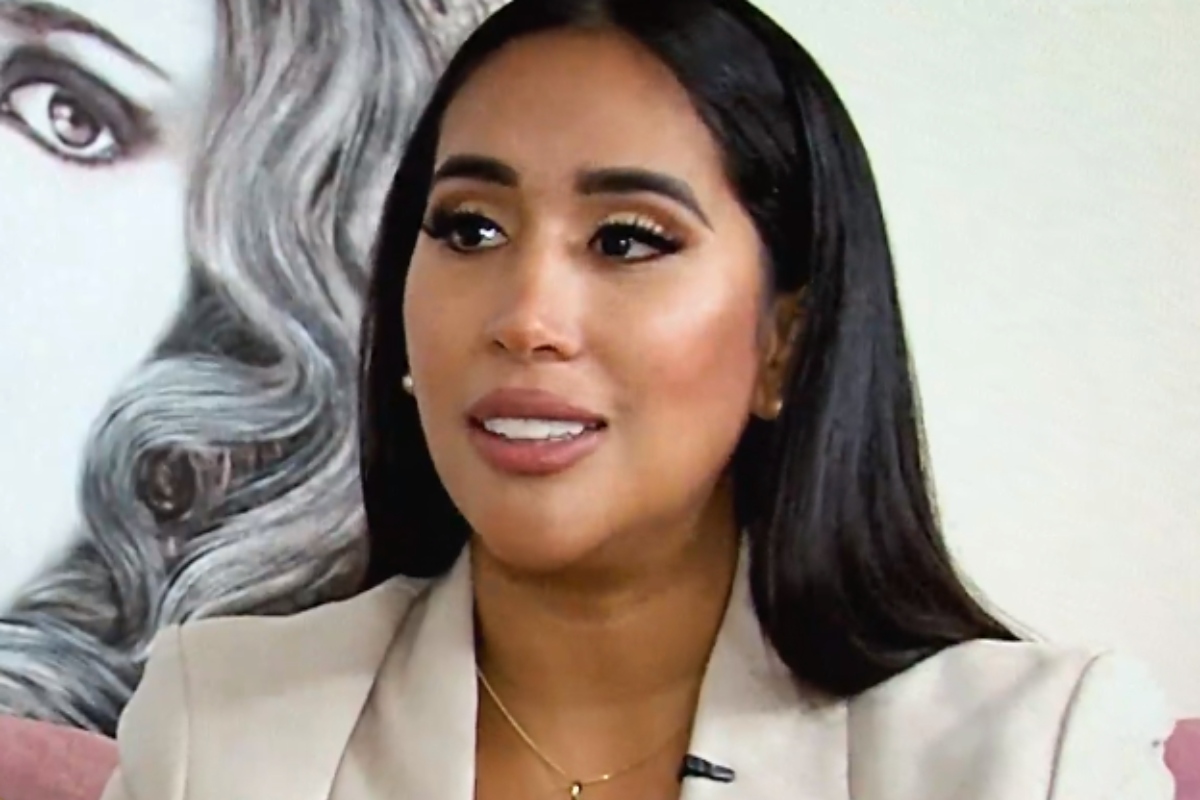 Melissa Paredes gave an interview to Ethel Pozo where she told details of the new conciliation that she has requested from Rodrigo Cuba. In this interview, the young woman confessed that she did think about giving her daughter a little brother, in order to save her marriage.

“Nobody wants a marriage to end. No one really looks for that, they are things that occur over time, “ pointed out the actress, who reiterated that the soccer player did know about Anthony Aranda. Although he was not aware of their relationship, Melissa says that she did confess that she liked the dancer.

“Many times we tried (to save the marriage), it was the work of both of us, we even thought about procreating and maybe that brings us closer together. The mistake couples always make. (…) What is is not”Said the young woman, who stressed that she wanted the passion between the two to return.

“Couples I think they should know, and married couples know when one is wrong, they always try in various ways to reactivate it, revive it and bring love back and all those beautiful things that happen.”, he added.

At another time, the former beauty queen also pointed out that since she was caught with Anthony Aranda they try to invalidate her as a mother for “an alleged mistake” reiterating that Rodrigo Cuba did know about the dancer, not that they had a relationship, but that he liked it.

“They try to invalidate me as a mother for a “mistake” that I made, that every day I pray to God that it happens and the whole truth is known, but in due course it will pass. They try to invalidate me for a mistake, supposedly, as a mom”she pointed out very indignantly, stating that she would really call it a mistake “If the other person hadn’t known, if they say they were surprised and didn’t know anything, that’s why I say time to time.”

“He knew that I liked Anthony, I told him, of course, he is the saint Rodrigo”, remarked.

Melissa Paredes confesses that she did plan to have another child by Rodrigo Cuba. (Video: America TV)

Melissa Paredes was also surprised to indicate that she had a great friendship with Rodrigo Cuba until after the ampay, because they even slept in the same bed again, together with her daughter.

“Until recently we had a great friendship. Days after the ampay there was no war. After the ampay we talked normally, we slept until after the ampay”reiterated Paredes, who pointed out that Rodrigo is not a victim, because he knew of the situation that his marriage was going through.

At another time, he reiterated that Rodrigo did know that he liked Anthony Aranda. In addition, he has been invalidated due to the “alleged mistake” that he made.

The young woman also spoke about the photo she sent to Rodrigo Cuba, where her daughter is seen in the arms of Anthony Aranda. Melissa points out that she sent this snapshot without thinking.

“As if I had noticed, I wasn’t even carrying it, it was in a shopping cart and he was pushing. I send photos of my daughter without thinking about it”, pointed out Melissa Paredes, who when asked how people found out about this image and how they knew it was Anthony Aranda’s arm, replied: “Because (Rodrigo) sent it by chance (sarcastically), I imagine, no, to the press. So that what is speculated is speculated.”

“It was not by provocation, but he did not claim anything from me, that happened in January. I didn’t even realize that photo was there, ”she pointed out.

Melissa Paredes explains why she sent Rodrigo Cuba a photo of her daughter with Anthony Aranda. (Video: America TV)

Ethel Pozo faces Melissa Paredes for saying that “she is not from her close circle”: “You patched me up”Melissa Paredes: these are the questions that Ethel Pozo will answer TODAY in América HoySebastián Lizarzaburu and Andrea San Martín complain of severe foot and spine pain after Anuel AA’s show

The White House denounces a “devastating” decision by the Supreme Court