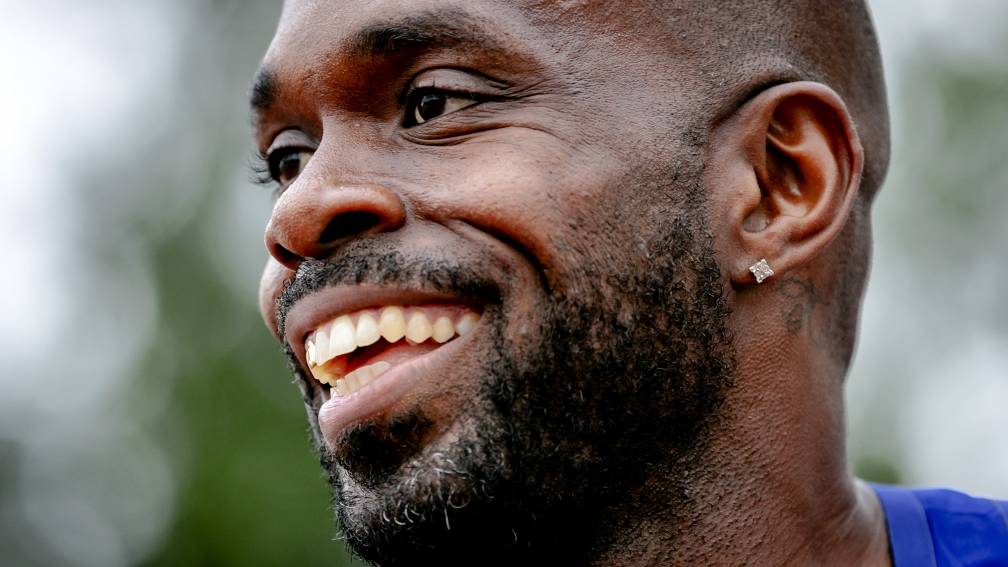 The 2021 Olympics were Churandy Martina’s last Games. At least that’s what he said in Tokyo at the time. Now the 37-year-old sprinter thinks slightly differently about this. “I want to go to Paris.”

In 2024, when the Paris Games are scheduled, Martina will be 39 years old, but according to him that is not an obstacle. “I feel good and I still love the sport very much. So why not go to Paris,” says Martina with his trademark smile. “I just have to train smarter, listen to myself better and recover well. Then it will be fine.”

“It would be unique as a sprinter to make it to the Games six times, not many athletes have been able to do that yet. I want to challenge myself, just go for it. I believe in it.” Martina would not be the first sprinter to participate in the Games at the age of 39. In Tokyo last summer, for example, the American Justin Gatlin, then 39 years, was still at the start.

In the trajectory towards the Summer Games in Paris, Martina will only focus on the 100 meters. “I don’t run 200 meters anymore,” he says resolutely. But the 100 meters are also not going smoothly, with the FBK Games in front of the door. “I’m not physically where I want to be yet.”

“My Achilles hurts,” explains Martina. “So it’s difficult to start. That suddenly makes the race completely difficult, because the 100 meters goes quickly. But at the FBK Games (on June 6, ed.) I can run a good 100 meters, I think.”

It will be the fifteenth time for Martina that he is on the list of participants of the athletics tournament in Hengelo. “It’s always nice to run for my own people and that we have such a big race here in the Netherlands. That will always be special.”

The FBK Games are not the main target for Martina. Later this summer, the World Cup and European Championship are also on the program. “It’s exciting, because it doesn’t happen often that these two tournaments are the same year, but it’s not impossible.”

For the world championships in Eugene, USA, from July 15 to 24, the focus is on the relay number 4×100 meters. “The individual 100 meters is going to be difficult, I can feel that in my body. At the European Championships (from 15 to 21 August, ed) I want to go for both parts.”