The whole world is already familiar with superhero movies, but how do you translate them into a physical experience? In recent years, Disneyland Paris has worked hard to take visitors into the Marvel universe. The result, the Avengers Campus, opens July 20 at Walt Disney Studios Park. “We have put our soul and bliss into this,” artistic director Beth Clapperton tells NU.nl.

Helping Peter Parker (Spider-Man’s real name) avoid a duplication robot disaster, or being shot into the universe as a superhero on a roller coaster: these are two of the attractions opening soon at the French amusement park.

Thanks to an investment of 2 billion euros in 2018, the Walt Disney Studios Park will expand significantly in the coming years. The first result of that is the Marvel Avengers Campus. The theme land, which is already open in Los Angeles, has several attractions centered around superheroes. Some are taken directly from the United States, others can only be found in Paris.

“A few years ago we started discussing how we could translate the world of Marvel into something physical,” says the designer. “You start with the basics; they are always epic stories with a human core. We wanted to come up with a place that the Avengers could have made.”

“The story now is that they want a world with more heroes. They hope to discover and train new superheroes through their campus. Within that it had to be about core principles, such as optimism and the power of collaboration. In appearance we kept the cinema films and the comics more released.”

Compress story to a few minutes

Clapperton more often translates movies into attractions. She previously worked on the attraction that was based on the Pixar film Ratatouille. “You start with a story and you compress it into an experience that lasts four or five minutes. That is never the same as a one and a half hour film. So you have to dissect it and sharpen it.”

“In the meantime, you must also think about how you want to plug in your attraction. Will it be something you physically walk around in, will you see film images? You are looking for bits of tools to tell the story.”

Beth Clapperton is working on new attractions at Disneyland Paris. 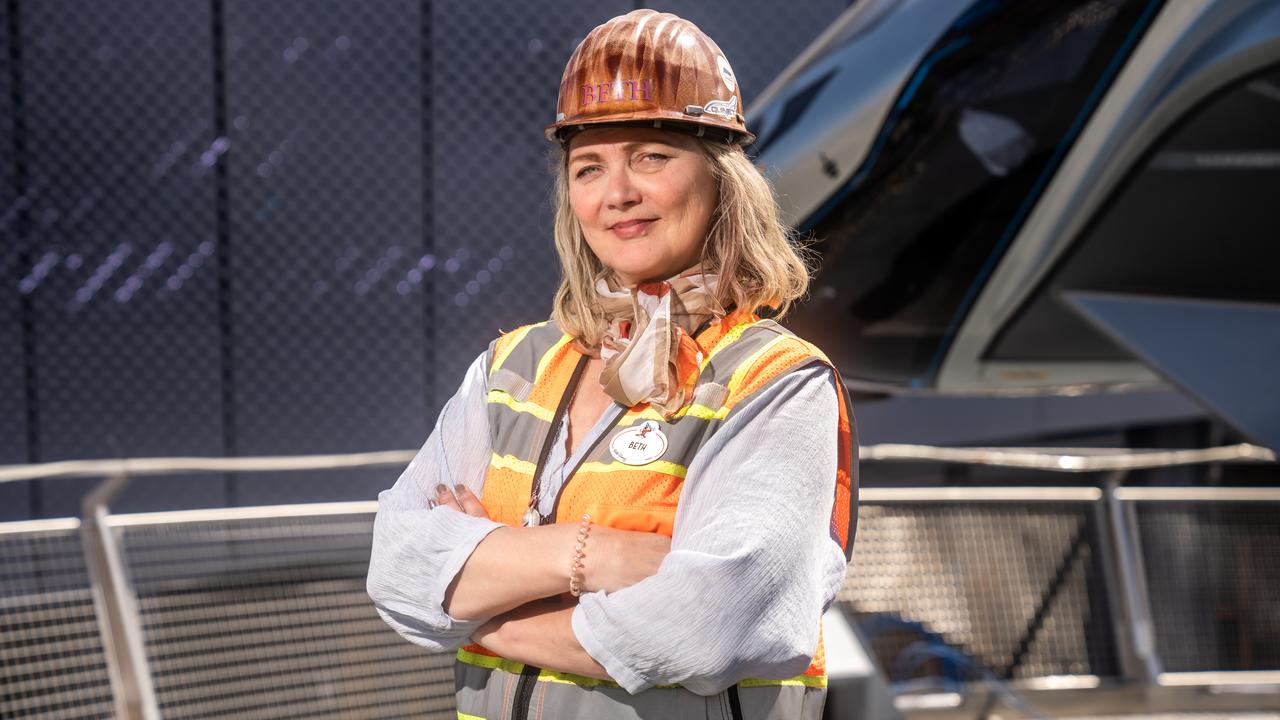 Beth Clapperton is working on new attractions at Disneyland Paris.

‘As powerful as film’

The process of translating a movie into an attraction takes years, Clapperton explains. “I started this project in November 2018, but a smaller team had already started it a year earlier. The whole process is divided into three parts. After a concept phase where you let your imagination run wild, everything is designed with three-dimensional drawings, to then start the real production. Those three phases take about the same time.”

Since a lot has already been devised in the film universe, Clapperton also had to move within the beaten track. Doesn’t she feel inhibited by that? “Certainly not,” she replies.

“On the contrary. The richer the Marvel universe gets, the more ways we find ways to tell a story. When you translate something cinematic into a physical world, you sometimes encounter physical limitations. For example, we don’t have a movie trick to make someone fly , so as imagineers we use different tricks. In that too you have a lot of creative possibilities to tell a story. I think that is just as powerful as film.”