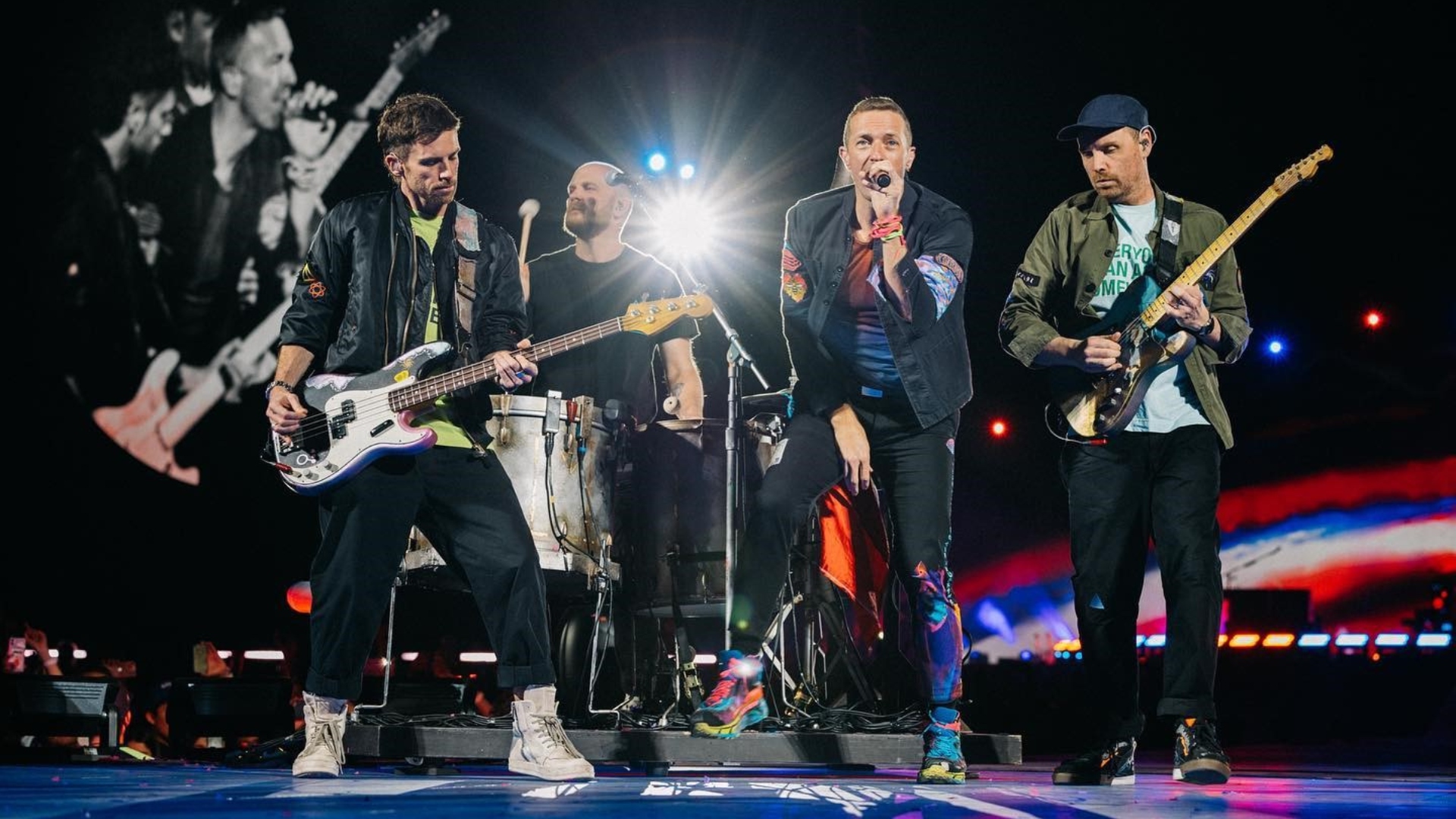 After selling out five performances at the River Stadium, Coldplay announced that tickets are already on sale for a sixth date, which will be on Wednesday, November 2. Within the framework of “Music Of The Spheres World Tour”, the English band has already sold more than 3.2 million tickets in total around the world and, due to the insistent demand of the fans, it is that they decided to perform one more show in Argentina . What happens with Coldplay in our country exceeded the fanaticism that exists globally. In addition, they also added a function in both Chile and Colombia.

This tour will be the most revolutionary of their entire career, in which they propose a before and after in the music industry and live shows based on an active commitment based on sustainability and environmental commitment in their own concerts, including initiatives that allow the reduction of CO2 emissions (carbon dioxide) and the planting of a tree with each ticket sold. 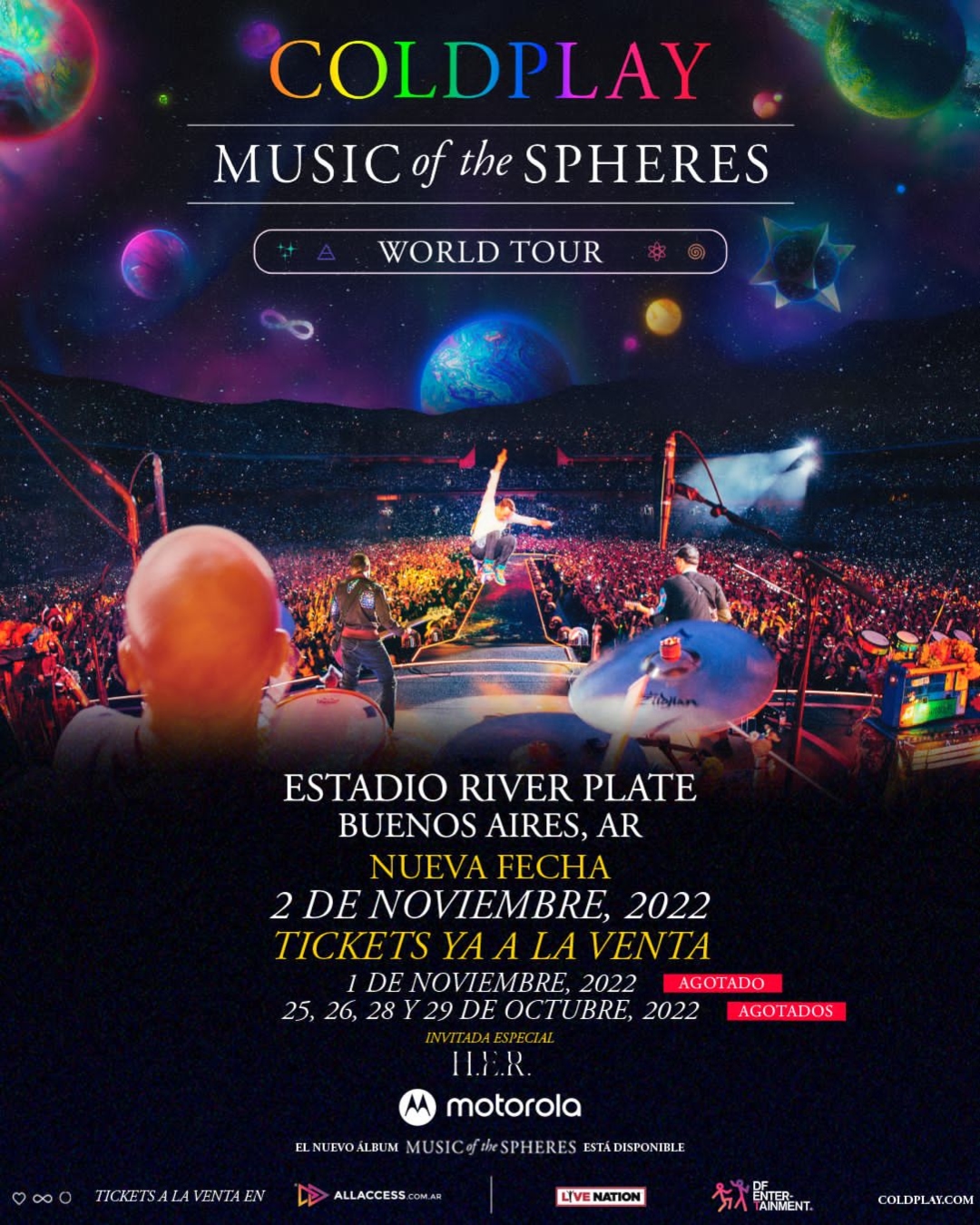 “Playing live and finding connection with people is the reason we exist as a band. We have been planning this tour for years and we are very excited to play songs from all our time together”, said Chris Martin, leader of the band that will arrive with HER as a guest artist.

The vocalist also spoke about climate change and the impact that he knows concerts produce: “We are very aware that the planet is facing a climate crisis. So we’ve spent the last two years consulting with environmental experts to make this tour as sustainable as possible, and more importantly, to harness the tour’s potential to push things forward. We won’t do everything right, but we are committed to doing our best and sharing what we learn. It is a work in progress and we are really grateful for the help we have received so far”, he had commented. 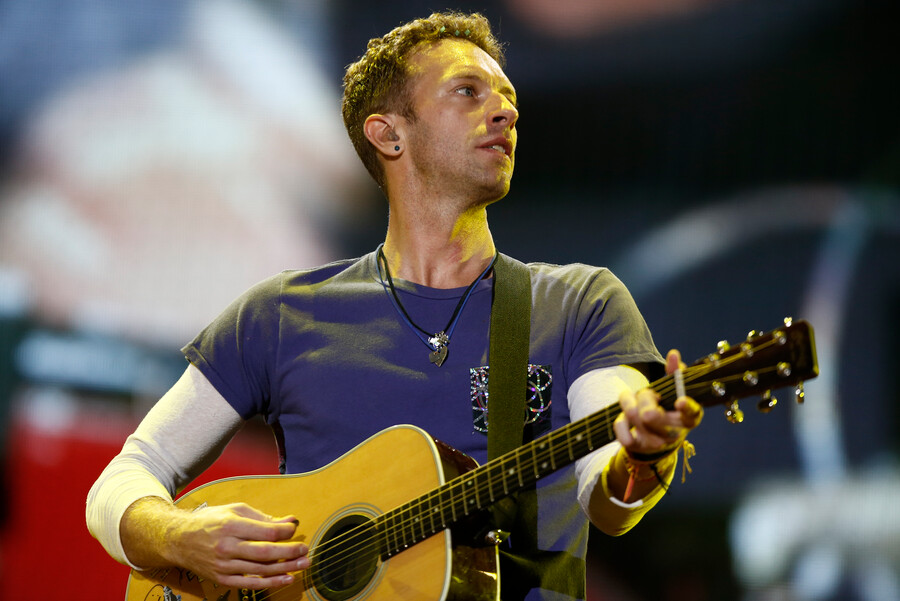 In addition, the tour includes the release of “Music Of The Spheres”, the ninth studio work of the band whose single “Higher Power” was reproduced for the first time from the International Space Station by French astronaut Thomas Pesquet. The album also includes the song “My Universe”, which made the group the first British band to debut at number one on the US Hot 100 with their collaboration with BTS.

The band’s incredible shows are characterized by their imposing staging, emotion as the central axis of all their presentations and the active participation of the public. Produced by DF Entertainment and presented by Motorola, tickets are available through All Access starting at $8,000, in the Sivori upper stalls. Meanwhile, the field will have a value of $10,000. while the average Sivori stalls $12,000 and the high stalls $12,500. For its part, the audience amounts to $13,500, the preferred audience $19,000 and the front field $19,500. To all prices must be added the charge for the service.

“On their last tour, Coldplay had five million attendees plus untold more fans listening to their music. It is about a large number of people who will be able to empathize with their environmental messages”, analyzed a few weeks ago Jem Woods of Imperial College who believes that the band’s sayings regarding climate change and the environment can influence their fans and generate habits healthier.

Coral Campopiano presented a new song that he recorded with the Santana musicians in New York The mischievous Rusherking reaction when asked about his lunch at China Suárez’s house All together: The Pole celebrated his birthday with his exes, Barby Silenzi and Karina La Princesita El mal moment of a participant in El Hotel de los Famosos: shouting “yuck” she burst into tears for having to cook meat