Jo-Wilfried Tsonga played the last game of his career on Tuesday. The Frenchman, who announced at the beginning of April that he would stop after Roland Garros, went down fighting Casper Ruud in the first round. Daniil Medvedev lost only six games in his opening match.

The 37-year-old Tsonga certainly did not let himself be walked over in the last match of his career. The Frenchman even seemed to force a fifth set at Court Philippe-Chatrier, but Ruud fought back after a break at 5-6. In the subsequent tiebreak, Tsonga had no chance.

Just before his serve at match point (0-6), the crowd favorite let the tears run wild for a while. Then Ruud decided the game after almost four hours with a winner in his favor – it was 6-7 (6), 7-6 (4), 2-6 and 6-7 (0) – and gave the crowd a standing ovation to Tsonga. This was followed by an extensive tribute to the Frenchman.

Due to his low place in the world ranking – Tsonga has dropped to 297th position – the former world top player for Roland Garros was dependent on a wild card and did not enjoy protected status. Ruud is number eight in the world.

Tsonga won eighteen ATP titles in his career, including the ABN AMRO tournament in 2017, and reached the final of the Australian Open in 2008. Novak Djokovic kept him from his first Grand Slam title in Melbourne. In addition, Tsonga twice reached the semifinals of Roland Garros (2013 and 2015) and Wimbledon (2011 and 2012).

Ruud can compete in the second round against the Finn Emil Ruusuvuori, who beat the Frenchman Ugo Humbert in five sets.

Jo-Wilfried Tsonga played the last match of his career against Casper Ruud. Jo-Wilfried Tsonga played the last match of his career against Casper Ruud.

Medvedev is only down six games

Daniil Medvedev had no child in his opening match with the Argentinian Facundo Bagnis (6-2, 6-2 and 6-2) and recorded his first victory of this clay-court season. He withdrew from the Masters tournaments in Monte Carlo, Madrid and Rome due to back surgery. Last week he lost his first match in Geneva, to Richard Gasquet.

Due to his surgery and the lack of match rhythm, there were serious doubts about the form of the 26-year-old Medvedev, who, however, made a good impression on the Court Suzanne-Lenglen.

The Australian Open finalist from earlier this year moved well, played varied and finished after an hour and 38 minutes with a curious miss by Bagnis, the world number 103.

Until last year, Medvedev had never won a match in Paris, where he had to play under a neutral flag because of the war in Ukraine. In 2021 he reached the last eight and lost to Stéfanos Tsitsipás.

Fourteenth seed Denis Shapovalov was already eliminated. The Canadian had to recognize his multiple in three sets in Holger Rune, the number forty in the world. It was 6-3, 6-1 and 7-6 (4) for the young Dane, who recently won the ATP tournament in Munich after Botic van de Zandschulp gave up in the final. Andrey Rublev won in his first match 6-7 (5), 6-3, 6-2 and 6-4 against Kwon Soon-woo from South Korea. Plísková also to second round

Karolína Plísková qualified for the second round in the women’s tournament. The Czech number eight in the world recovered from a difficult start against Tessah Andrianjafitrimo from France: 2-6, 6-3 and 6-1.

Despite her status as a top player, Plísková is still waiting for her first Grand Slam title. She has already reached the final at Wimbledon (2021) and the US Open (2016). At Roland Garros, reaching the semi-final in 2017 is her best achievement.

Jelena Ostapenko also survived the opening round. The number thirteen in the world, who surprisingly won Roland Garros five years ago, defeated Lucia Bronzetti from Italy 6-1 and 6-4. 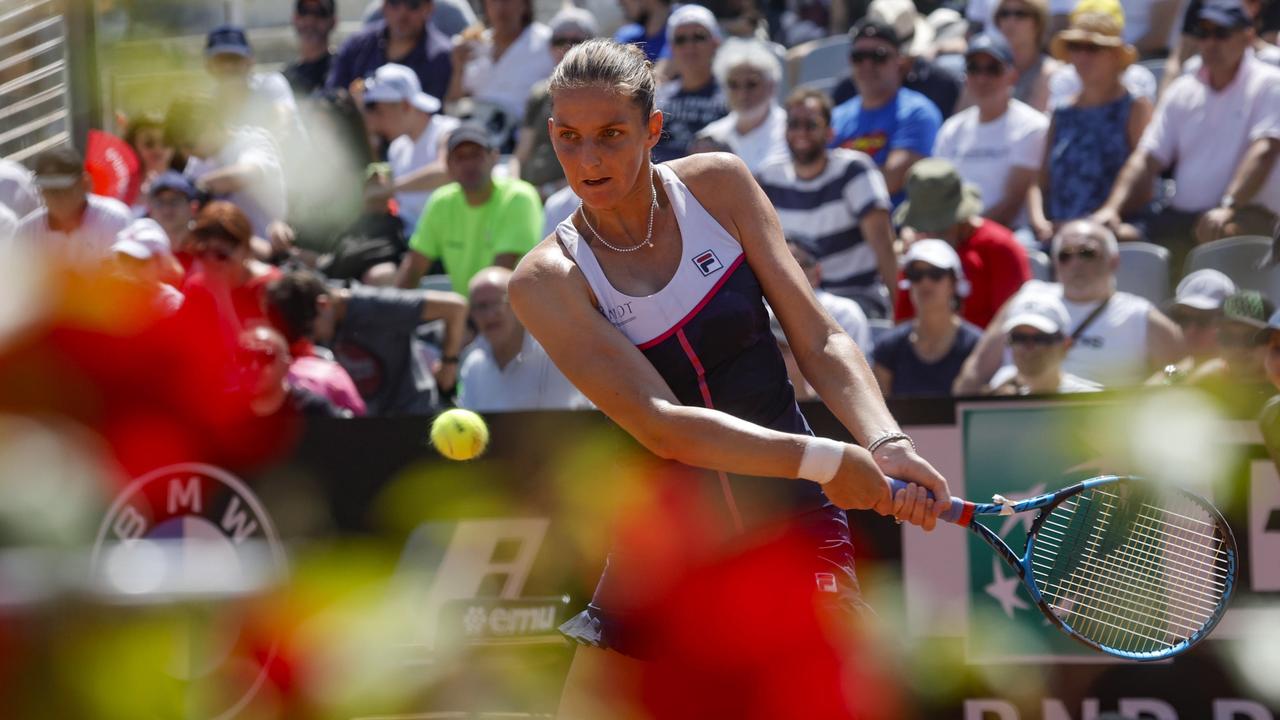