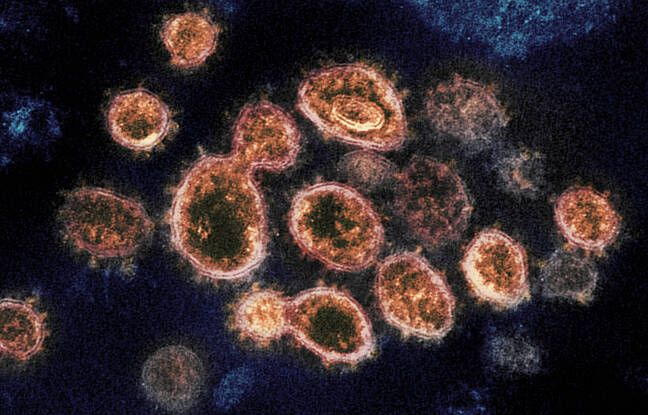 Since the start of the pandemic, more than 300 million people have been infected with SARS-Cov2, sometimes several times. For some, the Covid-19 infection has resulted in a simple cold. For others, it led them to the hospital on a ventilator, with further sequelae months later, and several million people have died from it around the world. Over the past two years, many researchers have looked at the hardest-hit cases to determine what caused the worsening.

A group of international researchers, including Toulouse residents, decided to look at the 85% of people who did well to determine why they were better equipped to deal with the disease.

A poison for the cell

“We realized that this majority of people express a receptor in the cells of the nose, bronchi and lungs called NLRP1. It is a receptor that detects the coronavirus and allows the cell to die very quickly before the coronavirus can grow or multiply. This prevents it from diffusing from one cell to another and inducing excessive damage to the lungs”, explains Etienne Meunier, CNRS researcher at the Institute of Pharmacology and Structural Biology whose study results just published in the journal Molecular Cell.

This NLRP1 receptor is found in very large quantities in the epithelial cells present in the nose, bronchi, skin and a little in the lungs. And he’s smart enough to fool the virus. “It looks like the SARS-Cov2 proteins. As a result, it will be used like coronavirus proteins. Except that once it’s matured, it becomes a poison for the cell. And the cell dies for the benefit of the rest of the organism. The coronavirus can no longer multiply ad infinitum, it no longer has food as the cell is dead. It’s the scorched earth principle,” continues the scientist.

And if this receiver does its job, it is because it is trained. Thanks to the other coronaviruses with which the population is in contact each winter, those which are at the origin of small colds and other inflammations of the appendages which sniffle. All allowed to select this NLRP1 receptor.

But if it works most of the time, it is also sometimes faulty and in some cases no longer plays its role of cellular saboteur. “We are continuing our studies to see, on the 10 to 15% affected by serious forms, if these patients express a mutation on this receptor which would make it inactive. We have found a certain number of patients, all of whom have gone through intensive care, who express variants of this receptor which no longer behaves like a poison for the cell in response to the coronavirus, ”explains Etienne Meunier.

While waiting for the answer, the teams have already tested the receiver against other very deadly coronaviruses, such as MERS-CoV from the Middle East or SARS-Cov1. And in both of these cases, it worked very well. The idea today is therefore to be able to boost the effects of NLRP1 so that it overcomes the infected cells before they spread everywhere.

And to achieve this, they are scrutinizing vaccines and their ability to stimulate this receptor and have a specific and strong response to the coronavirus or its derivatives. They thus carry out tests on the effectiveness of new nasal vaccines or even RNA vaccines. With the line of sight, the objective of adding an adjuvant that would succeed in doping the NLRP1.