What gifts Jorge Negrete and Pedro Infante gave each other 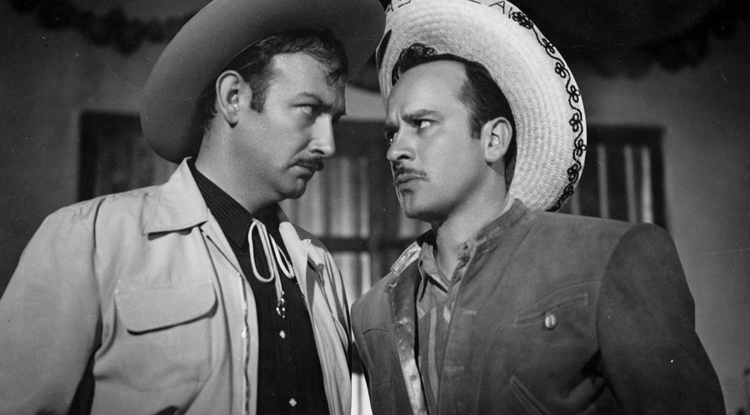 Jorge Negrete and Pedro Infante used to spend at least a few minutes together when it came to celebrating an important day (Photo: Twitter / @limberopulos_)

Pedro Infante and Jorge Negrete became very close friends from the beginning of their careers, even in the best moments, which is why on several occasions they saw each other on their birthdays or special days to celebrate them and took the opportunity to give each other a gift.

Although there are versions that the Singing Charro and the Idol of the People They had a very bad relationship, because they supposedly considered themselves rivals, in reality they felt a great appreciation and mutual admiration, something that made them get to live together in special moments.

The relationship began because Pedro Infante asked Jorge Negrete for help to be able to enter the world of cinema with the best producers. From their first meeting there was a good chemistry and soon the relationship progressed from colleagues to friends. 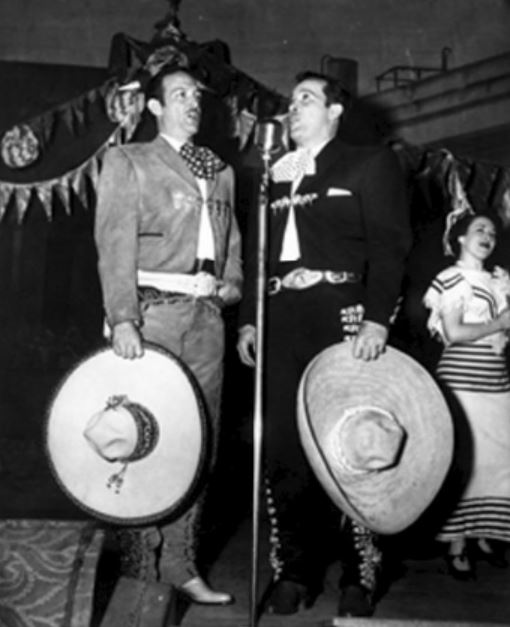 Infante and Negrete became friends when the “Idol Immortal” decided to dedicate himself to the cinema and asked the “Charro Cantor” for help (Photo: INAH)

Both Diana Negrete, the Guanajuato native’s only biological daughter, as well as the co-workers who came to live with them, witnessed how the friendship and respect they felt for each other allowed them to work only once together, but outside of the cameras enjoyed several emotional moments.

According to Diana, on one of her father’s birthdays, shortly after they had already filmed the tape together Two types of carethe Sinaloan called Jorge to tell him that he was not in the country’s capital to be able to accompany him on such an important day, but he was preparing his gift.

Upon his return, he came to visit the Singing Charro to his house, and with him he brought a large steamer full of tamales, so that they could eat them alone. Diana was there to see how they shared food all day and laughed at the stories they had to tell.

Jorge’s daughter explained that Infante used to bring different types of food to the charro, because those types of gifts were the ones that he felt had real value and, in addition, the two could enjoy them. 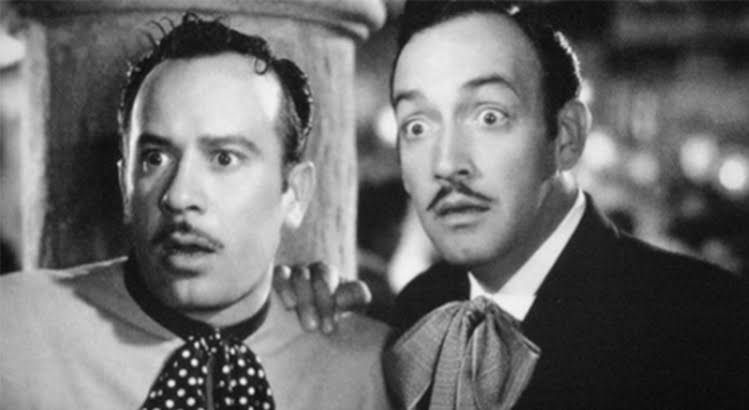 Pedro and Jorge did not want to work together on a film because they feared that the roles would not be provided and that this would cause a distance between them (Photo: Twitter / @DeMemoria)

On another occasion, the protagonist of Tizoc: Indian love He bought a unique firearm to give it to Negrete on his saint’s day. Although it was not a day that the singer celebrated, the Sinaloan came to the National Association of Actors to congratulate him and gave him the pistol that was covered in silver.

On that occasion, the secretaries who accompanied the interpreter of Mexico Beautiful and beloved They were the witnesses of how Pedro never forgot the days when his friend had to celebrate something.

In her book of anecdotes about her father, Diana recalled when Infante brought his friend a toy train while he was hospitalized.

The Idol of Guamuchil He wanted to give him that toy because they were his favorites and he collected them. The train was one of the most sophisticated of the time and as soon as the Singing Charro He returned to his house, called Pedro so that they could both mount the small rails. 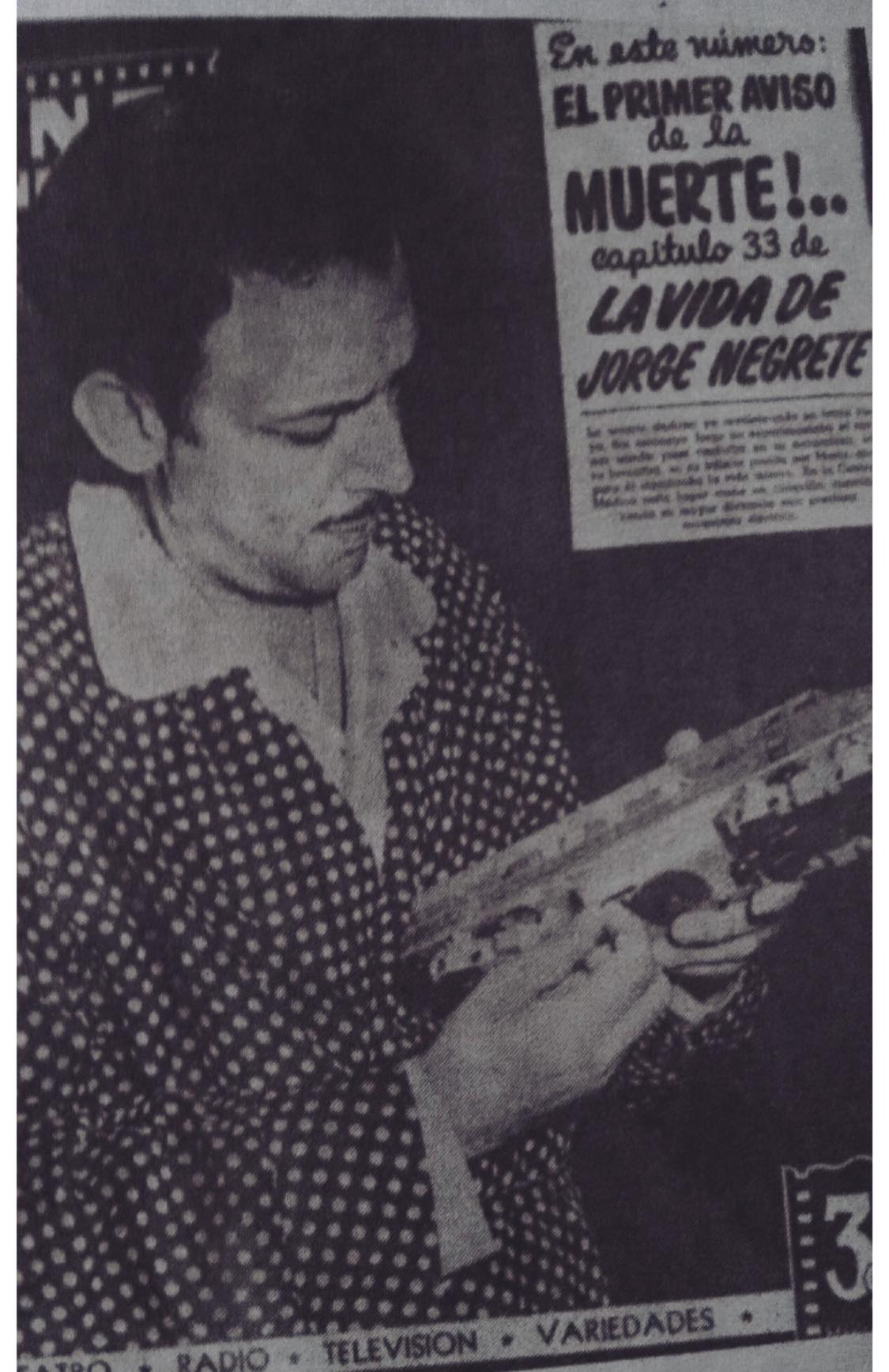 Pedro Infante was one of Jorge Negrete’s greatest admirers, to the point where he composed a song for him as a tribute (Photo: Facebook/ Jorge Negrete Forever)

That day, according to Diana, they both got down on the floor and played all day, as if they were children.

On the other hand, Jorge preferred to give other types of gifts, which were not physical. One of the most significant details that the protagonist of The rock of the souls gave Infante was to accompany him to dedicate a serenade to Irma Dorantes.

Although the native of Guanajuato did not like to serenade any of his conquests, only the most important women in his life, he agreed to sing alevantate to his friend’s girlfriend at the time, as a sign of the appreciation he had for Pedro.

Why Jorge Negrete did not want to kiss Carmen Sevilla Who were the great loves of María Félix Golden Age: who were Pedro Infante’s friends in real life