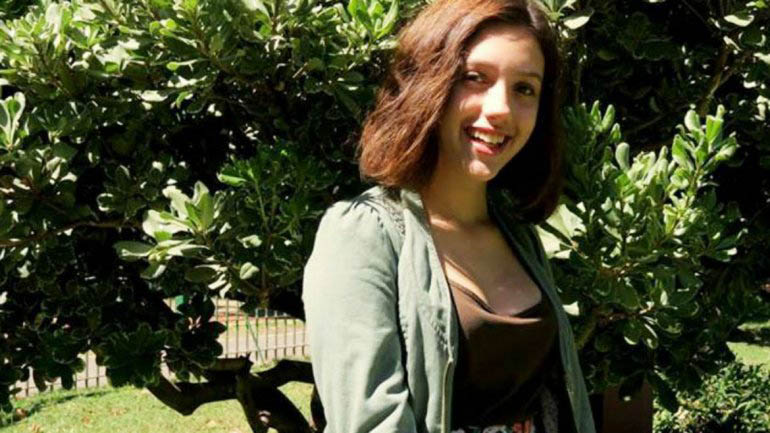 The man prosecuted with prison for the murder of Lola Chomnalez, which occurred in 2014, could have sexually abused the minors he was in charge of. Five children were reportedly left in his custody while his mother went to work.

This is Leonardo David Sena, 39, with two criminal records: one for personal injury and the other for rape, dating from 2009 and for which he was deprived of liberty.

After seven and a half years of investigation, 40 investigated and a single defendant who declared having seen the young woman, the Uruguayan Justice reached the alleged perpetrator of the homicide. A match between the DNA of an inmate and that found in the backpack of the murdered young woman were the initial kick to reach the man in question, who was found living with a woman and her five children.

After his arrest and processing, the investigation continued in his environment and it was learned that he was trying to force people in his environment to have sexual relations, although none of these cases would have been reported, reported Willam Dialutto, correspondent for Underlined in the department of Roche.

The children and their mother are in custody to determine if they were indeed abused by Sena. As reported by Dialutto, the alleged murderer has a six-year-old daughter and began wandering around different places in Uruguay from 2018, after having separated from the mother of his daughter.

The trace of blood found on the belongings that Lola was carrying in her backpack on the day of the crime was essential to reach the alleged murderer, prosecuted for the crime of very especially aggravated homicide.

According to the court file, the man stated that he never killed anyone and that his blood was on Lola’s belongings because he had cut his finger with a glass bottle.

As he explained, he worked in a supermarket in the resort and every day he went down to the beach to drink mate in his free time. On one of those occasions it would have been that he found the belongings.

“Do not. I have never killed anyone. Not a fly, “she said in the audience and assured:” Perhaps I was wrong all this time for not having spoken. I didn’t kill that little girl. I never saw or spoke to her.”

In part of the ruling issued by Montevideo Portal It is indicated that the scientific evidence collected allows the conclusion that the man “participated in the death of the adolescent, not being able to admit the version he provided when questioned, since it would mean the existence of a series of coincidences that do not have logic or support in the evidence added to the record.

According to the Rocha Departmental Attorney 2nd shift, Jessica Pereira, “the only reasonable explanation, for the Public Ministry, is that the man’s DNA was located on Chomnalez’s DNI and on his towel, because he is one of the perpetrators of the homicide. ”, indicates the sentence.

To explain part of the implausibility of Sena’s story, the prosecutor relied on different particularities of the case, such as the fact that the backpack was found by the Police four kilometers from where the defendant declared having found it during his work breaks.

Another key aspect of prosecutor Pereira’s brief is her argument that Lola’s murder was carried out by at least two people and, to explain it, she cites the reports of coroner Zully Domínguez, in which it is stated that the injuries suffered by the 15-year-old Argentine girl could have been generated by two different weapons, which “would give rise to the existence of more than one aggressor,” as reported The country.

In the interlocutory sentence of Judge Juan Giménez Vera, it is indicated that “the prosecution is requested with prison considering the seriousness of the crime, the penalty to be imposed and the existence of previous crimes. In the case of the most serious crime provided for by the national legal order, it merits the existence and presumption of risk that the accused may seek to evade the action of justice in the event that the trial is carried out without being detained, in addition to being a crime which is punishable by imprisonment”.

How was the investigation that allowed to find the probable murderer of Lola ChomnalezFemicide of Lola Chomnalez: “This generates peace in her relatives”, said the president of Uruguay about the arrest of the suspect

Heat wave in Japan: air conditioners use up all the power