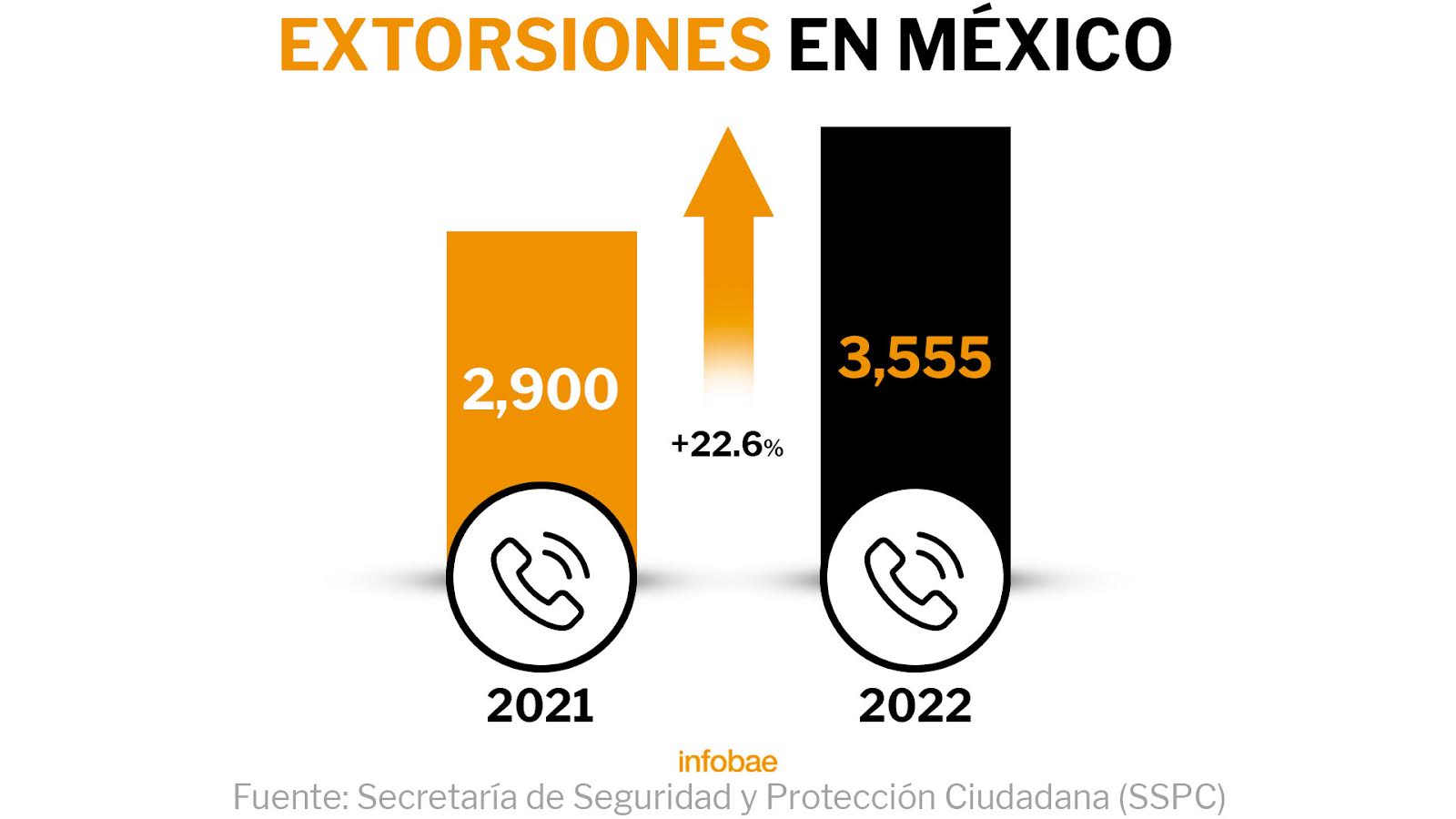 The head of the Secretariat for Security and Citizen Protection (SSPC), Rosa Icela Rodríguez, reported that extortion crimes are on the rise in Mexican territory. From January to April of this year, a total of 3,555 cases were registered, while in the same period but in 2021, 2,900 were reported. This represented an increase of 22.6 percent.

Fraud and extortion are still very present in Mexican territory. So much so that in February of this year, the Employers’ Confederation of the Mexican Republic (COPARMEX), announced that during 2021, 9,407 victims of extortion were counted in Mexico.

That means that, on average, one victim of extortion was registered per hour, which represented an increase of 12.3 percent compared to 2020, but the impact is much greater since only 1 in 99 cases were reported.

One of the most recent cases of this crime was announced by the Federal Electricity Commission (CFE), who warned about the modus operandi of a group of criminals who acted in order to obtain an economic amount or else, they would presumably suspend the light service. 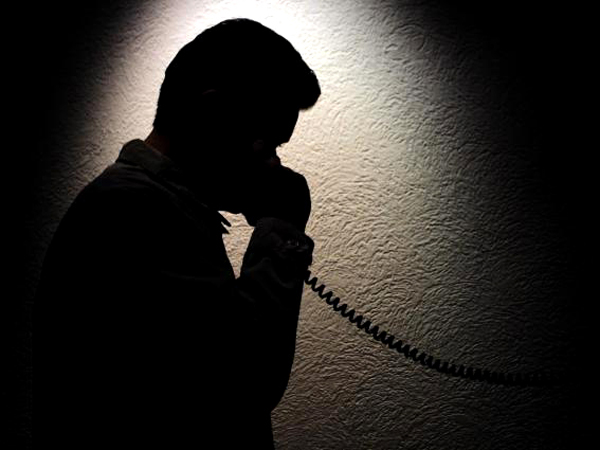 The CFE case was one of the most recent telephone extortion attempts (Photo: Cuartoscuro)

It was a hoax that was released on May 10 through a statement from the institution, where they asked the citizens of the Valley of Mexico not to fall into this type of operation.

The Commission warned that a group of criminals sought to intimidate family members based on lies, as they even threatened to apply alleged sanctions if they did not follow the misleading instructions.

Upon detecting this type of criminal act, the institution assured that it would take legal action immediately: “The CFE alerts all citizens to be vigilant to avoid scams,” it reiterated in a statement.

In the event of a similar case or having doubts, the interested parties could appear at the company’s facilities, or communicate by telephone or check the Twitter account @CFE_Contigo.

In the Security Report that is presented every Monday at the morning conference of President Andrés Manuel López Obrador (AMLO), Rosa Icela Rodríguez similarly announced that 9,895 intentional homicides have occurred in Mexico in 2022 until April. , this is on average 82 daily cases with a downward trend of 17.1 percent compared to the all-time high recorded in 2018. 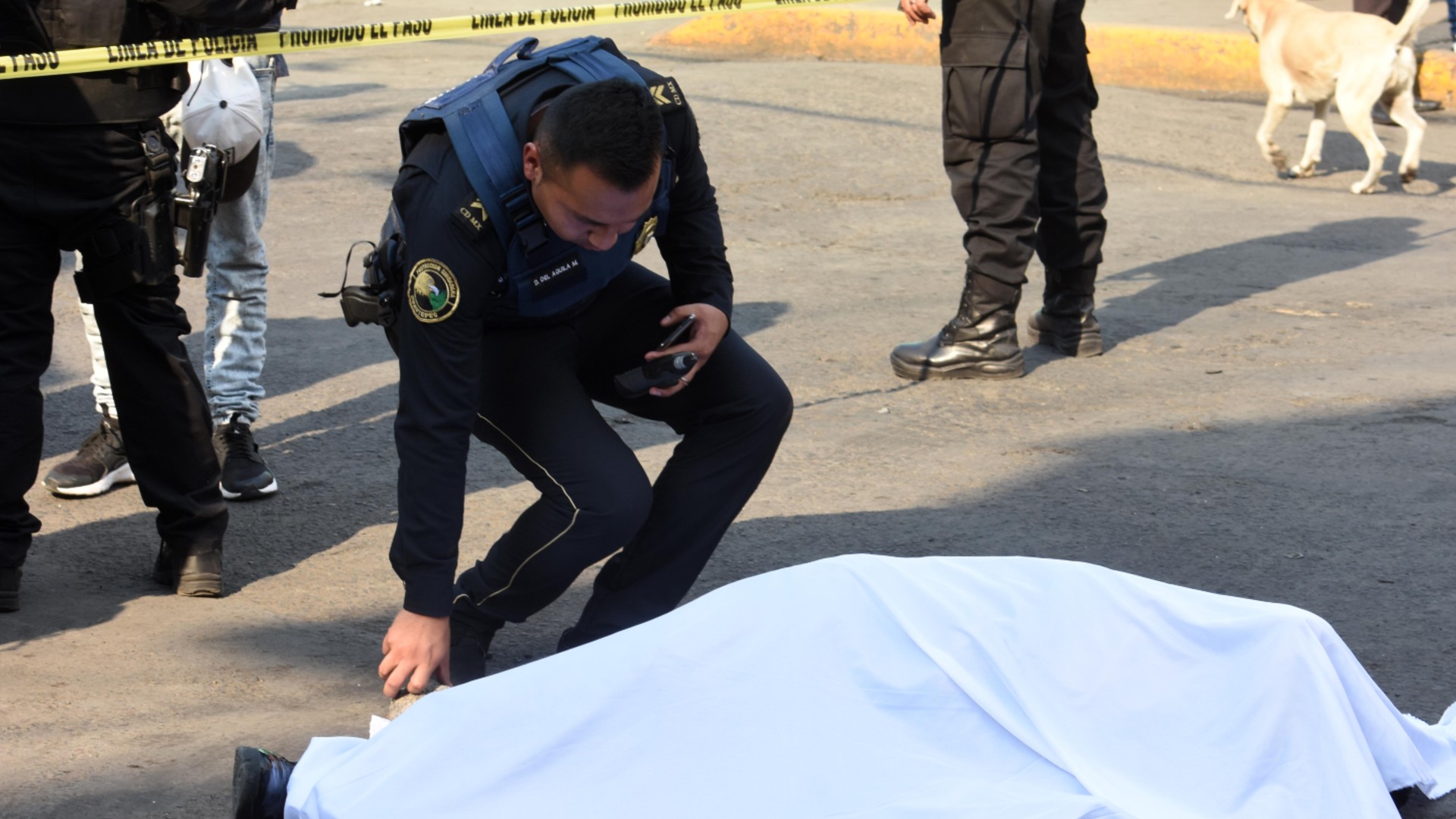 Intentional homicides are a crime that Mexico has not been able to escape (Photo: Cuartoscuro)

There are six entities that condense 49 percent of this data. It is about Michoacán —also the entity with the most registered intentional homicides (4 thousand 850)— Guanajuato; State of Mexico, Baja California, Jalisco and Sonora.

Regarding the criminal incidence in the federal jurisdiction, there was an increase of 2.4 percent in crimes related to firearms, and 9.3 percent in property crimes, of which 4,582 and 5,000 were registered. 392 last year, against 4 thousand 693 and 5 thousand 894 this year and respectively.

It was also reported that the crimes of motor vehicle theft, femicide and kidnapping registered a decrease of 50.7, 26.8 and 74.6 percent.

Regarding the theft of hydrocarbons, it was said that from 72 thousand barrels that were stolen per day at the beginning of December 2018, it has dropped to 6.7 thousand barrels, which means a decrease of 90.7 percent.

With threats, the ELN set up its camp in an indigenous community a few meters from a National Guard command “If you want to recover the car you have to deposit through Mercado Pago”: the unusual extortion after a robbery They denounce that loan apps extort and intimidate delinquent debtors