Police chief about racism: ‘No place for recidivists within the force’ 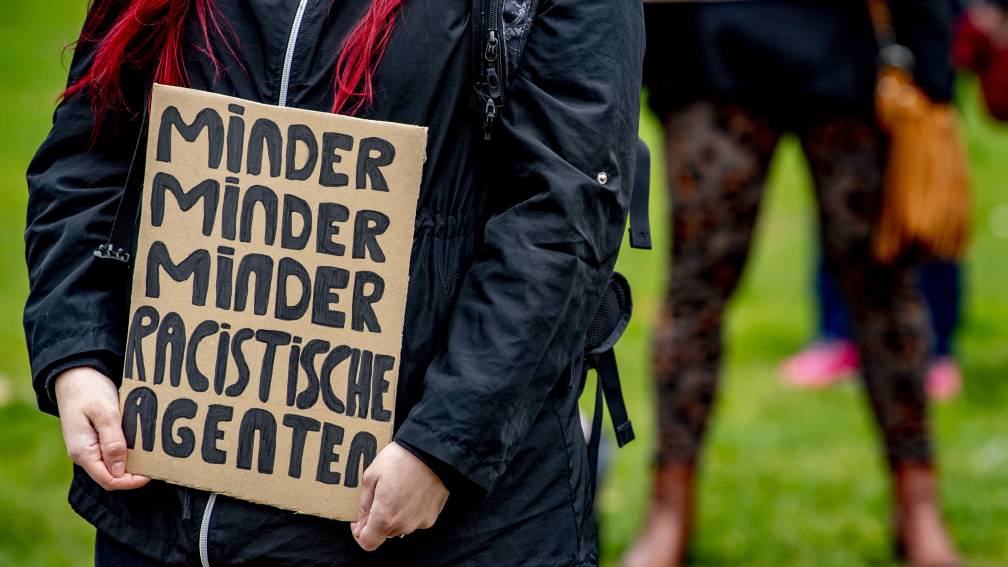 Racism is too common among the police. The leadership of the police “perhaps not acted sharply enough”. And there is no place within the force for “repeat offenders” who repeatedly make mistakes with racist statements.

That is what Chief of Police of the National Police Henk van Essen says at Nieuwsuur. “If you persist in your behavior, in whatever areas, including these kinds of statements, then there is no place for that within the police.”

Van Essen thus responds to the documentary The Blue Family. In it, police officers tell how they or colleagues are intimidated, harassed and discriminated against because of their skin color, and how the leadership does not intervene.

In the documentary, one of the officers tells how he was hanged at the police school with a photo of him with drawn bars with the text “imagine, our monkey in a cage” (imagine our monkey in a cage). He also says that he has forbidden his son to join the police because he wants to save him from the grief and trauma he has left with his own time with the police.

Van Essen says in Nieuwsuur that the documentary has “touched him deeply” and that he “makes it clear that discrimination, exclusion and racism still occur in the police”.

It is not the first time that the police has been discredited because of racism within the force. For example, research by NRC in 2020 showed that five police officers from the Rotterdam police sent each other racist messages in a WhatsApp group. The officers eventually got away with a written reprimand.

“If you don’t punish excessive behavior, you create a climate in which everything is allowed,” one of the officers interviewed said in The Blue Family.

I also hope to be a learning organization where people can correct their mistakes.

“I think the greatest value of that case has been that the conversation has now started that that is not possible,” says Van Essen.

If something like this were to happen again, there would be a “visible measure,” he says. “That can range from a written reprimand to dismissal. Those who reflect and learn from them deserve a different approach than someone who persists in their behaviour. I also hope to be a learning organization where people can correct their mistakes.”

Earlier today, police chief Martin Sitalsing, who has diversity in his portfolio, said in the program Spraakmakers on NPO Radio 1 that racism and discrimination are a “structural problem” within the police.”

Van Essen agrees with his colleague. “It is a problem that keeps coming back. That is the nature of structural and that must be broken.”

The National Police aims to have 35 percent of police officers from a non-Western background by 2026. At the moment it is 19 percent.

Aid team lost goods for Ukraine itself: KLM is not to blame | NOW