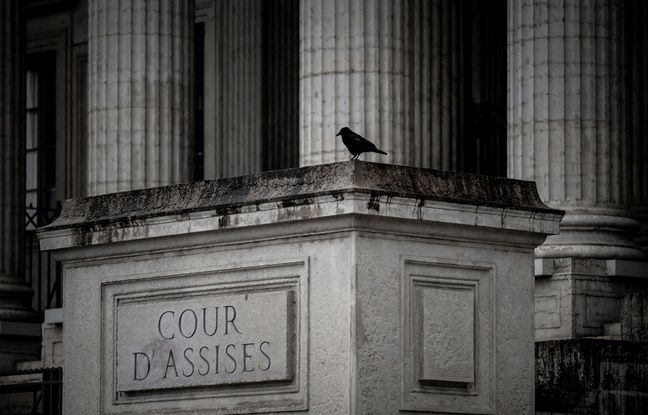 A cabaret singer appeared from Tuesday for murder before the Rhône Assize Court, accused of having drugged and killed his young dancer companion, whose charred body had been discovered in his car on June 16, 2018 in Taluyers, in the south of Lyons.

Mikael Corcessin-Dervin, 41, began by reporting the disappearance of Aline Sepret, telling investigators that she had left their house in the evening to surprise him. The victim was discovered a few hours later in his burned car, on a country lane, near their home.

Confused by his suspicious behavior, and in particular the sending of false SMS from his companion’s phone to make believe in exchanges, the person concerned first mentioned an accidental fall on the stairs of their house. , before recognizing that he had been able to have a voluntary gesture, but without the intention of killing him.

Kind and caring or manipulative and fabricator?

In one of his statements, he claimed to have burned his friend’s body to respect her wishes to be cremated, according to the indictment.

Some describe him as a kind and caring man, but others as a manipulator, making up stories where he often cast himself as the victim. His couple was harmonious according to some, but disturbed by his infidelities, according to others.

The health of the singer had deteriorated after a car accident. His voice had been altered and he had stopped working. For psychiatrists, this situation could have contributed to a narcissistic injury, which could foster anger and frustration.

Investigators from the research section of the Lyon gendarmerie found a sedative medicinal substance in the sink siphon, corresponding to analyzes of the victim’s body. This suggests to the investigating judge the possibility of premeditation: putting his companion to sleep to kill her by burning the body.

Blow to the head a month before

“The toxicological analyzes carried out on the victim established the presence of amitriptyline, a molecule capable of altering alertness and reflex mechanisms, all the more so when it is associated with alcohol consumption and consumed by an unsuspecting person. accustomed”, indicates the judge in the order of reference. The latter also wondered about a previous episode of their life as a couple. At the beginning of May 2018, a month before the alleged crime, Aline Sepret had received a violent blow on the head, in her bed, in the middle of the night. The young dancer had sent a friend photos of her face with a bandage on her head.

According to the prosecution, it could be a first attempt at aggression, especially since Mikael Corcessin had done research on the Internet, with the keywords: “hit on the head”. What he has always denied. The verdict of the Rhône Assize Court is expected on Friday.

Alfaro and Cardinal Robles dialogue after discrepancy over illegal checkpoints