Ibrahimovic dedicates Milan title to Raiola: ‘He told me to go back’ | NOW

Zlatan Ibrahimovic has dedicated AC Milan’s first league title in 11 years to his late agent Mino Raiola. The influential football agent, who grew up in Haarlem, died at the end of last month at the age of 54.

“I dedicate this championship to Mino. This is the first prize I will win without him,” said Ibrahimovic after AC Milan’s 0-3 win in Sunday’s championship game against Sassuolo. “It was he who said two and a half years ago that I had to go back to AC Milan, to bring the club back to where it belongs. According to Mino, I was the only one who could do that.”

The forty-year-old Swede made that happen, because partly thanks to the goals from Ibrahimovic, Milan found the connection with the top of the Serie A again. 2011 national champion.

“When I returned, I promised everyone that we would win the scudetto and that Milan would return where it belongs: at the top. And that’s what happened,” Ibrahimovic continued.

After the win over Sassuolo, the frenzied AC Milan fans took to the field. After the win over Sassuolo, the frenzied AC Milan fans took to the field.

‘This team needed a pilot’

Ibrahimovic came on the field against Sassuolo in the 72nd minute, which meant that his role was limited as often this season. Due to injuries, he played only 23 games this season, more than half of which as a substitute. He scored a total of eight goals.

“This team needed a pilot. That’s what I became,” said the former Ajax player. “I convinced the team that we could become champions. If you believe in something, put everything aside, work hard and want to suffer pain, then anything is possible. I made sure that my presence was felt every day. You have to train in the way you also want to play matches. This group has achieved that.”

The question is whether the title with Milan will also be the last in Ibrahimovic’s career. His contract expires this summer and he is unsure whether he wants to stay at Milan. “I have now achieved everything here. Whether this continues depends on the club and the goals.”

Zlatan Ibrahimovic at the awards ceremony. 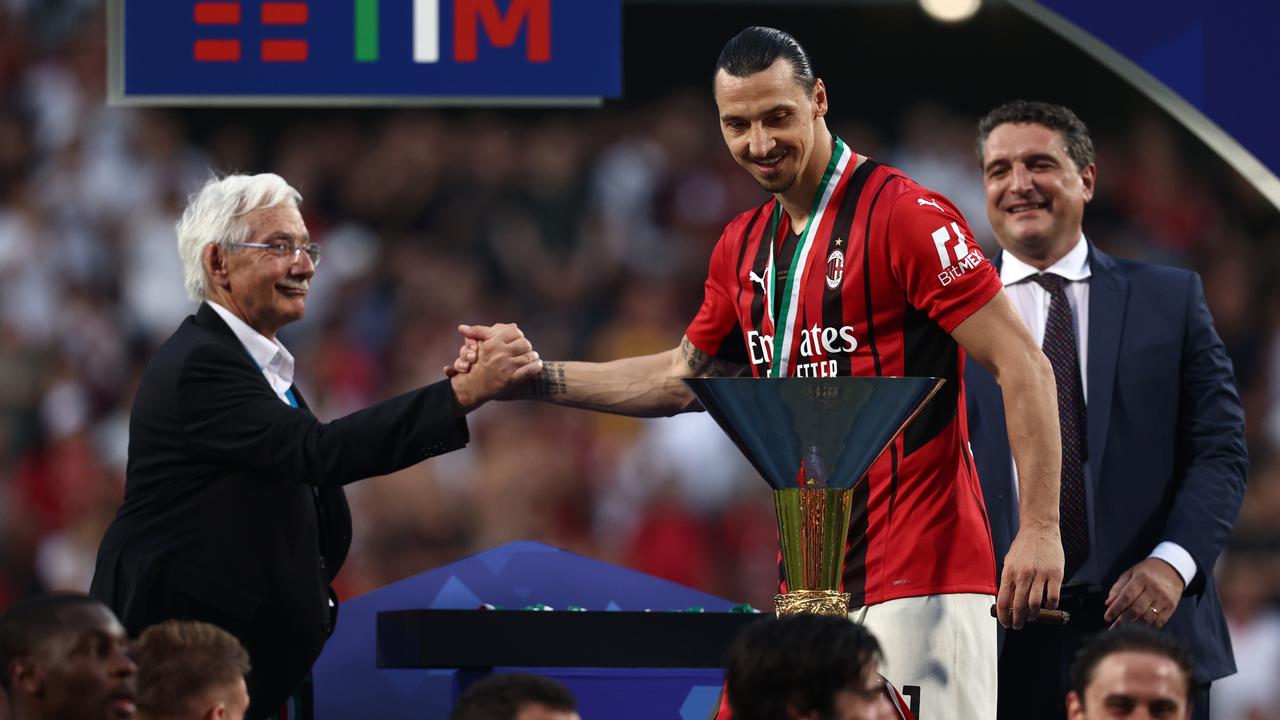 Zlatan Ibrahimovic at the awards ceremony.

The NATO summit is over: What was decided in Madrid? † NOW