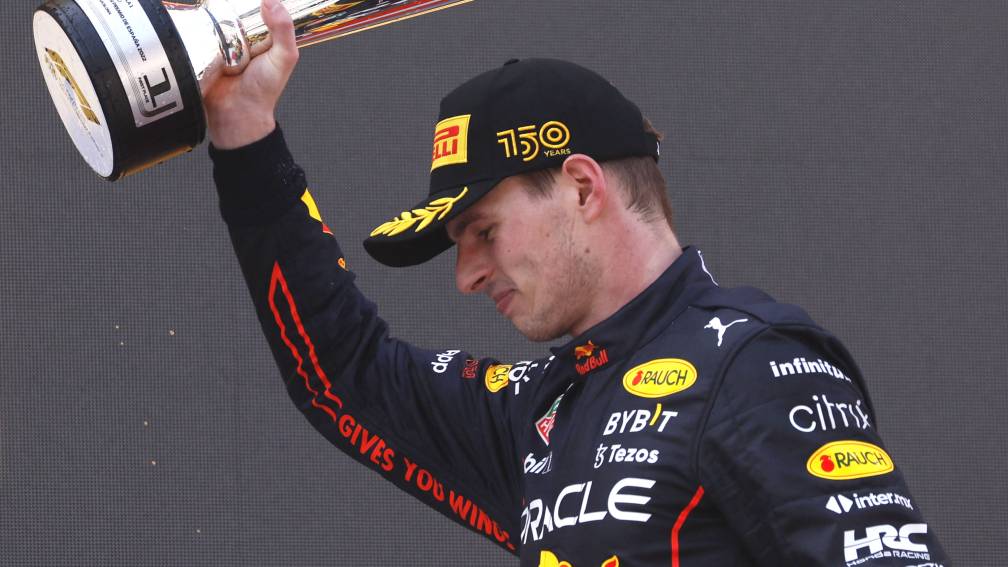 In the end, it all worked out for the Dutchman, who won the race thanks to a strong tire strategy and thus took the lead in the battle for the world title from Leclerc, who retired in Spain.

“I have no idea how the race would have gone if Leclerc hadn’t dropped out, but they have clearly taken a step with updates,” Verstappen had to admit. “They had a strong weekend and we really need to work on qualifying.”

Team boss Christian Horner was especially happy with occupying the first two places. “Great to win, get a 1-2,” he said afterwards.

“It makes sense that Max was frustrated because of the problems with the DRS. But everyone is at the limit. You saw that at Ferrari and at the end of the race at Mercedes. If you don’t do that, you don’t really try. It was unlucky for Charles, but our speed and tire wear was good today. Sergio did a great job and I’m happy with this 1-2.”