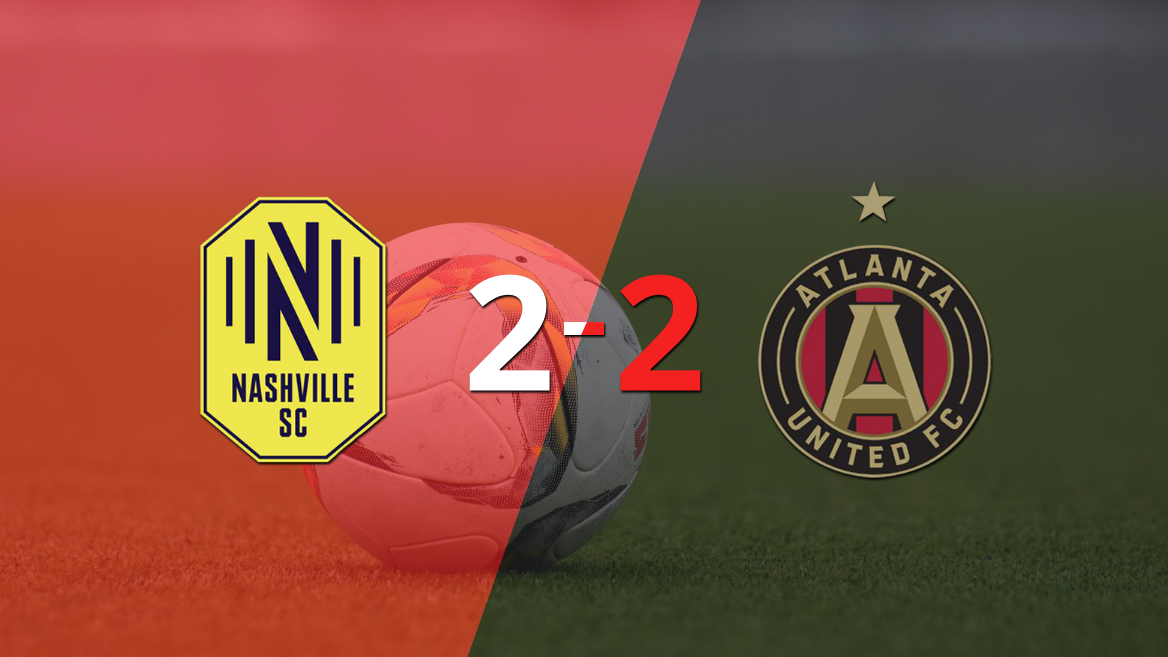 The game played this Saturday at the Geodis Park stadium and between Nashville SC and Atlanta ended with a two-way tie between both contenders.

Thiago Almada earned applause with his brilliant finish 25 minutes into the first half. After receiving a pass from Marcelino Moreno, the striker placed it from the large area to the right post and below. Impossible for the goalkeeper!

Another player who had a great game was Hany Mukhtar. The Nashville SC attacker shone by scoring 1 goal and kicking 4 times.

The match was fought, but there were more infringements than the creation of fair play. There were several cautioned: Franco Ibarra, Aníbal Godoy, CJ Sapong, Alex Muyl and Ethan Zubak.

For its part, Gonzalo Pineda’s team came out with a tactical 4-3-3 arrangement with Bobby Shuttleworth under the three posts; Brooks Lennon, Alan Franco, Alex De John and Andrew Gutman on defense; Luiz Araújo, Franco Ibarra and Matheus Rossetto in midfield; and Thiago Almada, Ronaldo Cisneros and Marcelino Moreno up front.

Theodore Unkel was in charge of overseeing the order of play during the match.

On the next day Nashville SC will face Colorado Rapids as a visitor, while Atlanta will play at home against Columbus Crew SC.

No, the vaccine does not destroy the immune defenses against cancer