*End of the match, invasion and crying for Pep

It was not an easy season for Josep Guardiola. Eliminated in the Champions League, the English League Cup and the FA Cup, his last hopes of a trophy were all pinned on the Premier League. Manchester City started losing 2-0 against Aston Villa and, despite the fact that Liverpool still hadn’t won at Anfield, the pressure on the Spanish coach began to grow as the minutes progressed. Ilkay Gundogan’s heroic comeback restored Pep’s soul to his body, and he couldn’t contain his emotion at the Etihad Stadium.

The last moments were lived on the line of the field giving constant instructions to his players to manage the possession of the ball and make the clock tick. Arms in the air, gestures towards referee Michael Oliver that time was up and a deep hug with his collaborators when he heard the final whistle. After the initial emotion, he walked to the substitutes’ bench where Domenech Torrent was still and lived with a meaningful moment in which he could not hold back the tears.

Overwhelmed by emotion, he made the decision to trot straight to the dressing room before the Manchester City fans invaded the pitch. The Spaniard, who during the week had underlined the importance of winning the Premier League over the Champions League, achieved the main objective that was set about a year ago: to continue expanding the history of the sky-blue team in the highest category of England. 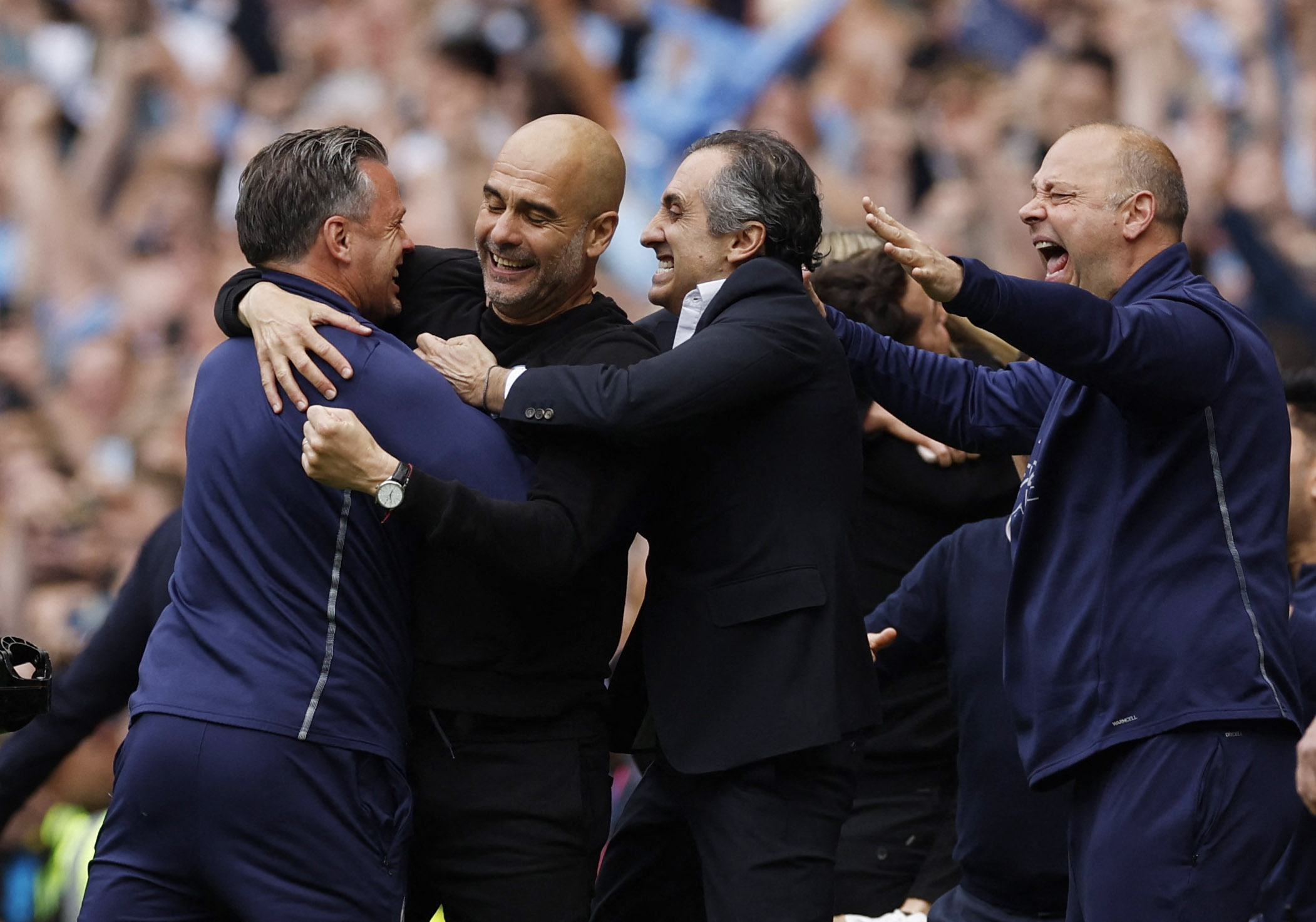 Pep’s initial celebration with his collaborators seconds after the end of the game against Aston Villa (Photo: Reuters)

Guardiola’s decisions in the development of the duel against the villains they were fundamental. During the second half he sent Oleksandr Zinchenko, Ilkay Gundogan and Raheem Sterling onto the pitch: the English winger assisted the German midfielder in the first goal, the Ukrainian winger left Rodri in front of the goal to seal the tie and again the former Borussia midfielder Dortmund was privileged to turn history in favor of the Cityzens.