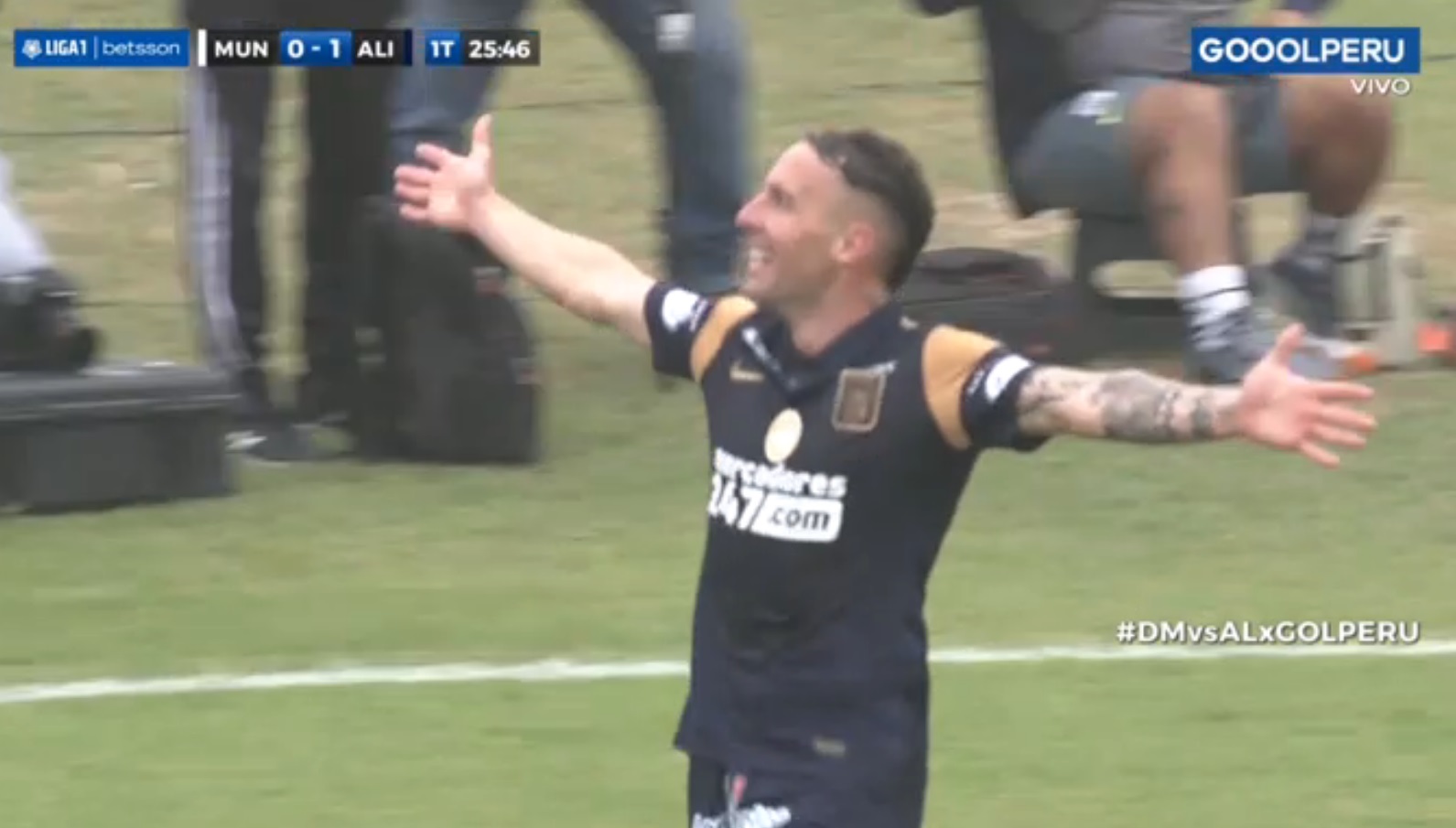 Pablo Lavandeira arrived at Alianza Lima in 2022 and is already a fixture in the starting eleven. | Capture GOLPERU

Alianza Lima was measured as a visitor to Deportivo Municipal in a match valid for matchday 15 of the Opening Tournament of League 1 2022. Despite the fact that the ‘ediles’ had control of the ball and sought to have the leading role in the action , the ‘blue and white’ team was the first to hit the scoreboard. And it is that Pablo Lavandeira took advantage of a great center of Arley Rodríguez to open the account and put the 1-0 in the Iván Elías Aguirre of Villa El Salvador.

This action took place 25 minutes into the first half. The ‘intimate’ cast had possession of the ball and tried to find the spaces to generate danger. Yordi Vílchez faked the rival striker, Roberto Ovelar, and the play began. He sent a long ball to the right wing, where the Colombian soccer player was. Renato Rojas went behind him with the intention of distracting the ‘Academy’ players, which gave Arley time to profile himself and get a surgical center out of the area. The ball passed through the entire area until it reached the body of the Uruguayan midfielder, who managed to score the first goal of the match with his chest.

There is no doubt that the ‘charrúa’ is one of the team’s most unbalanced players, so coach Carlos Bustos hopes that he maintains that level and transcendence with a view to fighting for the Apertura and the national title.

Pablo Lavandeira scored from the chest to make it 1-0 in Alianza Lima vs Deportivo Municipal for Liga 1. (Video: GOLPERU).

Alianza Lima faces Deportivo Municipal this Sunday, May 22, in a match valid for date 15 of the Opening Tournament of League 1 at the Iván Elías Moreno stadium in Villa El Salvador.

The team from La Victoria hopes to ratify its good moment in League 1 after chaining six consecutive wins against UTC, Universitario, Cantolao, Carlos Stein, San Martín and César Vallejo, which allowed it to climb positions in the table after adding 18 points to place in seventh place in the standings with a total of 23 units.

The “blue and white” club has its sights set on the local tournament after its premature elimination with an early date in the Copa Libertadores as a result of the 2-0 defeat against Fortaleza of Brazil at the National Stadium in Lima. In addition, they ran out of chances to fight for third place for a place in the South American and confirmed that they will be last in their group.

It is worth mentioning that the ‘intimates’ are five points behind the leader Melgar, who faces Ayacucho FC for the current day. Likewise, with a win they have the opportunity to beat Universitario and Sporting Cristal who tied at the Monumental stadium. In addition, reaching third place after the triumph of Cienciano and waiting for the result of Alianza Atlético that is measured with Atlético Grau.

On the contrary, Municipal needs to become strong at home in Villa El Salvador to reverse the poor run of results after suffering four straight defeats that relegated it to ninth place, after being the leader and protagonist of the national contest in the first dates of the Apertura.