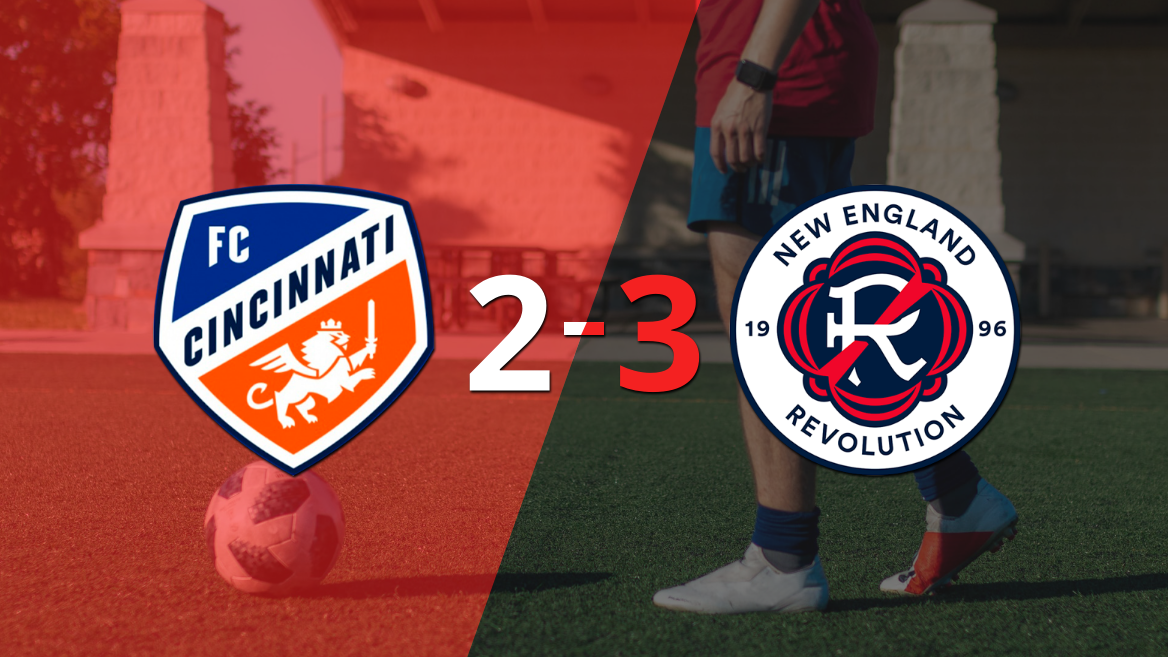 Luck was not on the New England Revolution’s side twice as Dejuan Jones’ shots hit the post.

Thomas McNamara was the figure of the match. The New England Revolution midfielder was the author of 1 goal.

Another relevant player in the match was Brandon Bye. The New England Revolution defender was important.

The match stood out for its intensity and the fouls committed during the match. There were 3 cautioned: Damian Rivera, Obinna Nwobodo and Emmanuel Boateng.

For their part, those led by Bruce Arena stopped with a 4-5-1 scheme with Matt Turner under the three sticks; Brandon Bye, Andrew Farrell, Omar González and Dejuan Jones on defense; Wilfrid Kaptoum, Thomas McNamara, Sebastián Lletget, Carles Gil and Damian Rivera in midfield; and Adam Buksa up front.

Referee Silviu Petrescu was selected to carry out the actions of the game.

On the next date, FC Cincinnati will visit CF Montréal and the Revolution will play at home against Philadelphia Union at Gillette Stadium.