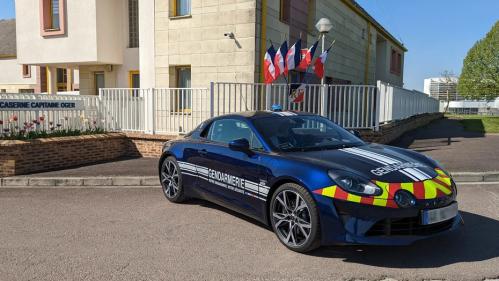 New series of speed records on the A31 motorway in Haute-Marne. This time, we are close to 300 km / h, with a peak of 271 recorded on May 21. The prefecture alerts the drivers.

In Haute-Marne, the A31 motorway which connects Burgundy to Lorraine via Champagne, would it have become a kind of high-speed circuit for certain reckless and dangerous drivers? We are entitled to wonder, when we analyze the various records set in recent months on this stretch of road little used, often in a straight line and which records increasingly high speed records. We call this “rolling at breakneck speed”, because by driving twice as fast as the regulatory speed, the slightest deviation is not forgiving.

The four drivers had their licenses suspended and their vehicles impounded. Anne Cornet, prefect of Haute-Marne, “deplores this irresponsible behavior and calls on road users to exercise the greatest caution in order to avoid tragedies”.

A week ago, on Saturday May 14, the soldiers of the EDSR (departmental road safety squadron) of Haute-Marne, just equipped with their Alpine A110, as in Aube, intercepted in 15 min apart, two drivers for speeding. The first was controlled at a speed of 257 km/h on a road limited to 130 km/h. The second, controlled on the same road at a speed of 199 km/h. “Two red cards for its drivers who have endangered the lives of respectful users of the Haut-Marnaises roads”.

Like her predecessors, the prefect of Haute-Marne deplores these excesses. “And calls for caution to avoid tragedies”.

Also in November 2021, records of the same type were recorded on this A31 motorway. HAS Mardor, a motorist had been intercepted 87 km/h above the authorized speed: 217 km/h instead of 130 km/h. His vehicle was also impounded. Finally, to Flagey, a driver had been recorded at 204 km / h while the speed is limited to 130 km / h. Another peak at 234 km / h was reported by the gendarmes in September 2020.

An excess equal to or greater than 50 km/h above the authorized speed can result in up to three years of license suspension and a maximum fine of 3750 euros. The offense is considered a misdemeanor and is punishable by 3 months imprisonment. But it seems that the risks do not undermine the reckless passion of some for speed in sectors where it is nevertheless well regulated.