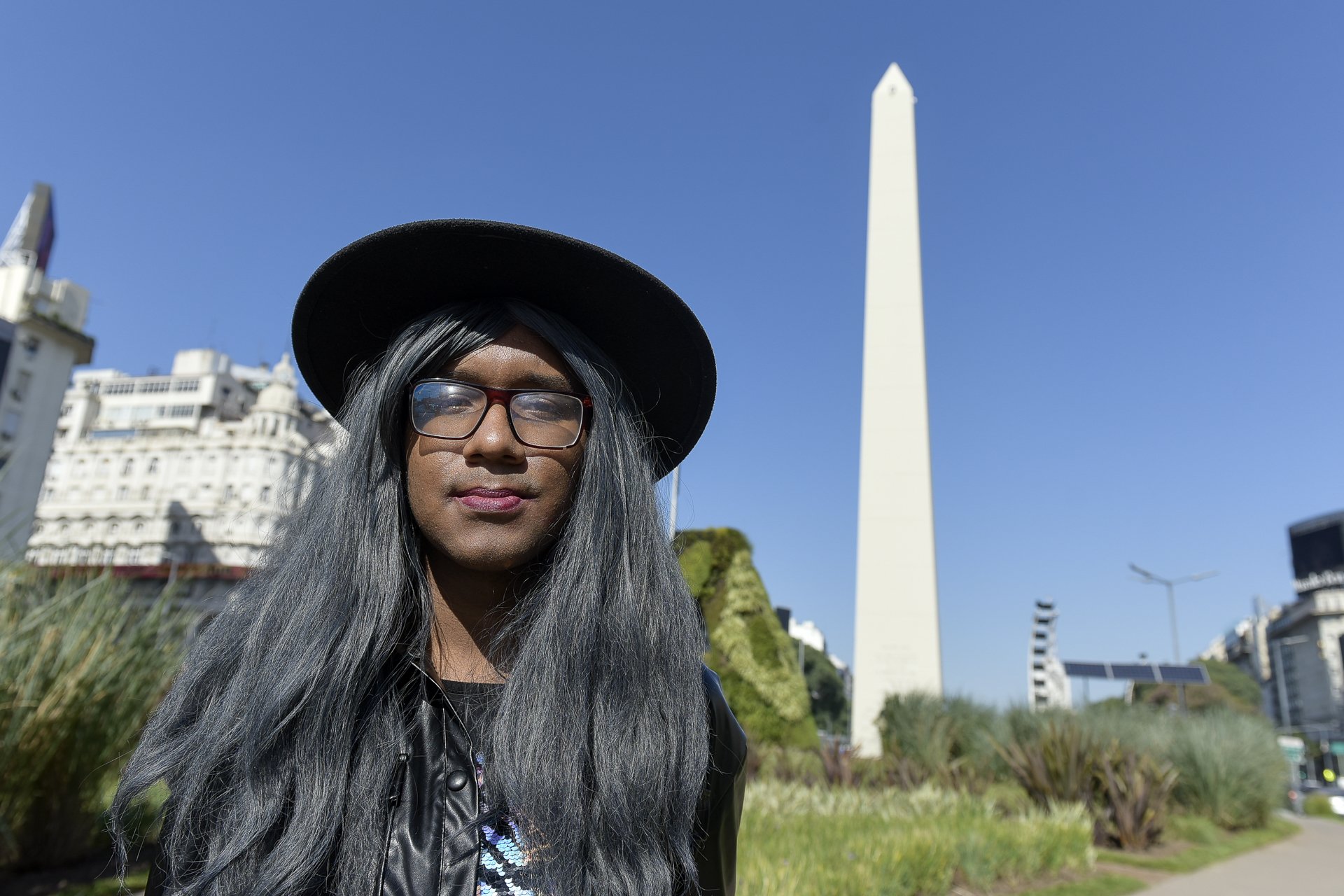 Jessica Herrera, portrayed this week by Infobae in the center of Buenos Aires, her adopted city. (Gustavo Gavotti).

“My life has changed enormously since I left Venezuela and moved to Argentina. The difference is too big. Here the State protects you, public health cares for you, you are not afraid when you go out on the street. Sometimes it’s hard for me to process all that and accept that this is my reality now.

Who says these words is Jessica Herrera. She is only 21 years old, but in her young life she has already experienced situations as harsh as discrimination and forced migration. According to official numbers, some 6 million people have been exiled from Venezuela due to the economic, social and political crisis that the country is going through. “Jessie”, as she presents herself on social networks, explains that her displacement has to do with the hostile policies towards the LGBT+ collective that were first promoted by Hugo Chávez and later by Nicolás Maduro, who in more than 20 years in power have avoided promoting any type of legislation or protection in favor of Venezuelans of dissident sexual orientation or gender, despite the triumphs that the LGBT+ movement had achieved in much of the region and the world.

In dialogue with Infobae, the young woman says that she never considered staying in Venezuela due to the transphobia of the State that oppresses people like her, and that settling in a country where her rights were respected was her only option.

“In Venezuela, if you are an LGBT+ person, for the government you simply do not exist. You have no rights. There is no gender law, or equal marriage, there is nothing at all. Society is homophobic and transphobic, but the officials in power are much more so. Every time there are elections, Maduro promises that he will send projects for the LGBT + community, but then he does not. That is why he wanted to come to Argentina, where trans people are allowed to exist. I wanted to exist.”

Scared of being who I was

Jessica says that she always felt “different from other people” since she was little, but that she could not locate the origin of that annoyance. According to her, this had to do with being born into a “very conservative” evangelical Christian family where, she says, nothing else was conceived than the traditional hetero-cis family, and where education was subordinated to religious precepts.

“I can’t say that I am one of those trans people who have known since I was little that their biological sex is not correct, but everything that had to do with gender always shocked me a lot, that they forced me to do ‘man’ things… I always felt androgynous,” she says.

That feeling – which psychiatrists have baptized gender dysphoria, the mismatch between biological sex and self-perceived gender identity – did not stop growing until during puberty, the discomfort of having to lead a life as a man was too great. “The years of my adolescence were difficult because the dissonance with my body began to be greater. I experienced age-specific changes and I rejected them, I didn’t like that evolution, but at the same time I felt I had to accept them stoically because it was what I had to be. I had no tools to understand what was happening to me or what I could do.” 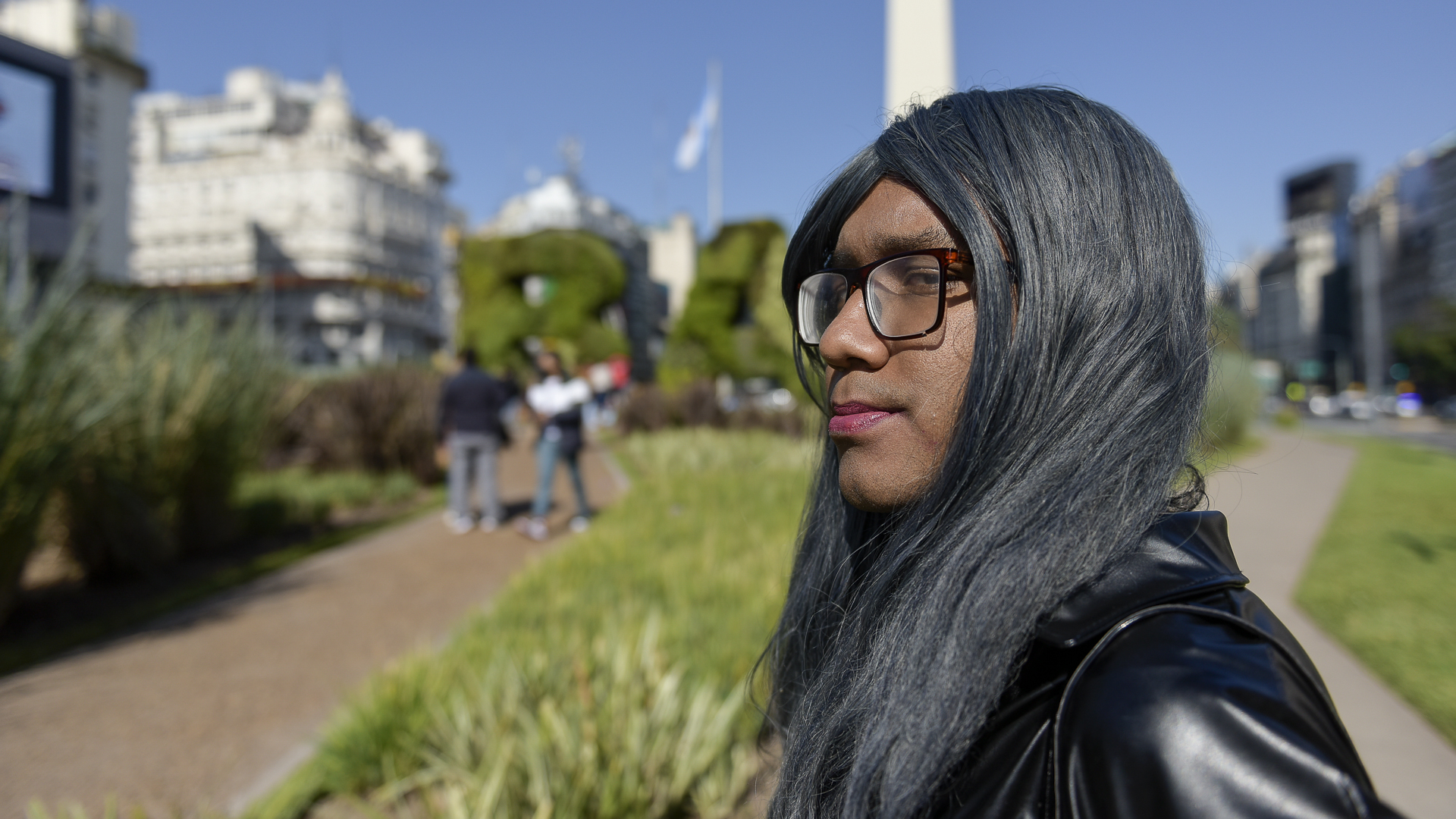 To make matters worse, she felt completely alienated from her family and social environment, made up of her classmates from her school and from the church she attended daily, and she was aware that she could not present this concern about her identity to them without receiving a reprimand. Jessica, by this time a teenage male, already fantasized about being able to live her life as a girl, and her rejection of her biological gender became intolerable. She knew something had to be done.

“I realized that I had to deprogram myself from all my evangelical Christian education, because those values ​​did not coincide with what I felt and saw. It was a hard deconstruction process, which lasted two years. I started reading about the LGBT+ community and realized that this was the answer I was looking for. At first I was reluctant to accept it, I wanted it not to be true, because I knew that my life was going to be more difficult, but I understood that I had no choice. I was trans and I had to face it.”

Jessica says that after thinking about it a lot, she made the decision to go out into the world presenting herself as what she felt she was, a woman. Her parents did not know anything about the transformation that her son was undergoing -for them-, so she had to leave her house looking like the man they knew, but carrying a bag with feminine clothes to be able to change once outside. For several months that was her modus operandi to start living in freedom.

“My life as a woman was something totally clandestine. I would go to parties or marches dressed as Jessica, and when I had to go home I would change while I was about to arrive. Just in September of last year I started living 24×7 as Jessica. That was the beginning of my transition,” she says, adding that her parents did not accept her new identity at first, but that they finally “resigned,” but not before asking her “not to do things to her body” and reminding her that they loved her. “Even if they couldn’t change it.”

Being outside being Jessica made her happy to be able to live and socialize being who she was, but at the same time, the situation terrified her. In addition to constantly perceiving the disapproving gaze of people on the street, she knew that her physical integrity was at much greater risk as a trans woman.

“I was always very afraid to go out like Jessica, from the first time I did it until my final day in Caracas. It is a city where trans people do not have any protection, and you notice the looks on you, the teasing… I also suffered sexual harassment and there were ugly situations in which men followed me. That terrified me. I never felt comfortable.”

Not only that. Jessica began to feel firsthand the indifference on the part of the Venezuelan government in basic issues for a trans woman, such as, for example, feminization hormone treatment. She explains it this way: “In Venezuela it is almost impossible to get hormones. People who access them do so through the Unitrans Foundation, which is an NGO that is completely outside the State. Other trans people get them outside the law, but because the price is so high, they often have to choose between eating and taking hormones.” 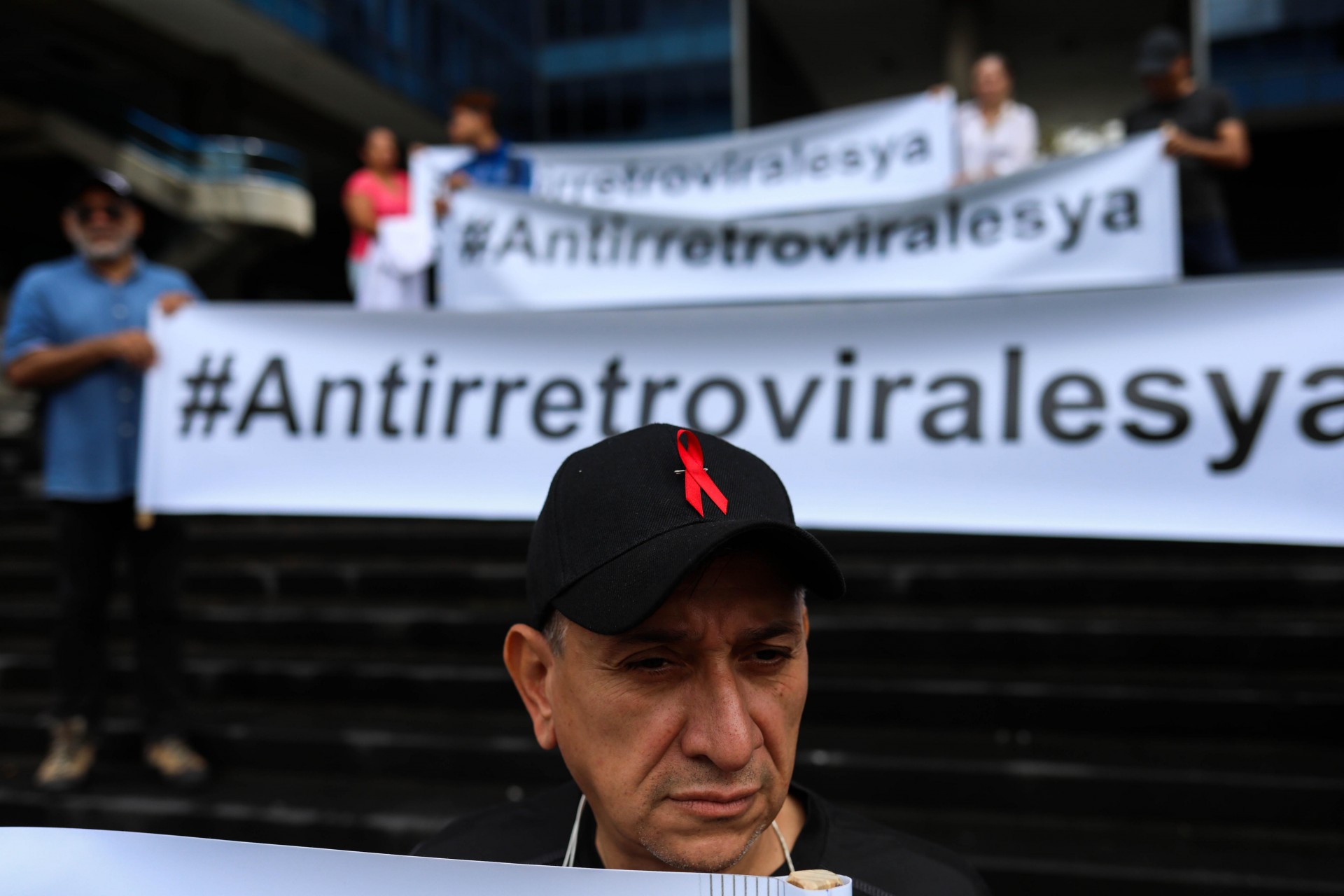 Weighing the impossibility of a legal transition, and the medical transition being a pipe dream, Jessica understood that her future could not be in Venezuela. With no money of her own, she turned to the Internet to seek help from the community and strangers. Perhaps they would be more compassionate and supportive. It was also a time when she really needed help: her parents had joined the list of people who had left Venezuela looking for a better future abroad. They chose to relocate to Brazil, but Jessica, who struggled for weeks looking for a room because no one wanted to rent to a trans person, knew that this was not the best country to live in due to the dramatic increase in transfemicides in recent years. She then wrote the first tweet of many.

Hello, I am a Venezuelan trans girl trying to get to a safer and less transphobic place. Migration costs are high, and I try to raise a small safety net to survive in Argentina while I get a job,” she wrote late last year on your Twitter account.

“I had done a lot of research and knew that Argentina and Uruguay were the best options for a trans person, as they have advanced gender identity laws and a public health system that accompanies us to transition. In Argentina a friend had offered me lodging, and after my collection inadvertently went viral because violent and transphobic people started making fun of me and threatened me with death, I was able to raise some money. Plus what I had in savings and some loans and aid, a few months after starting the campaign I had enough money to come to Argentina. I didn’t know what was going to happen, but I knew I had to leave Venezuela.”

Jessica has been living in Buenos Aires for a month, temporarily staying at a friend’s house in San Isidro. After many years of suffering and oppression, she says, she finally feels free.

“The difference between Venezuela and Argentina you feel right away. The looks of people judging you have almost completely disappeared, I have not received transphobic comments or harassment. I know of course that trans people face a lot of difficulties here as well as all over the world, but I walk on the street and I feel safe. In addition, a week after I arrived, I wrote to the Durand Hospital to see how, as a foreigner, I could resume my hormonal process here and two days later they responded with a shift already assigned with a endocrine. I went and that same day I already had my hormones,” she says happily, although she regrets that the waiting list for gender reassignment surgeries is several years, much longer than she expected. 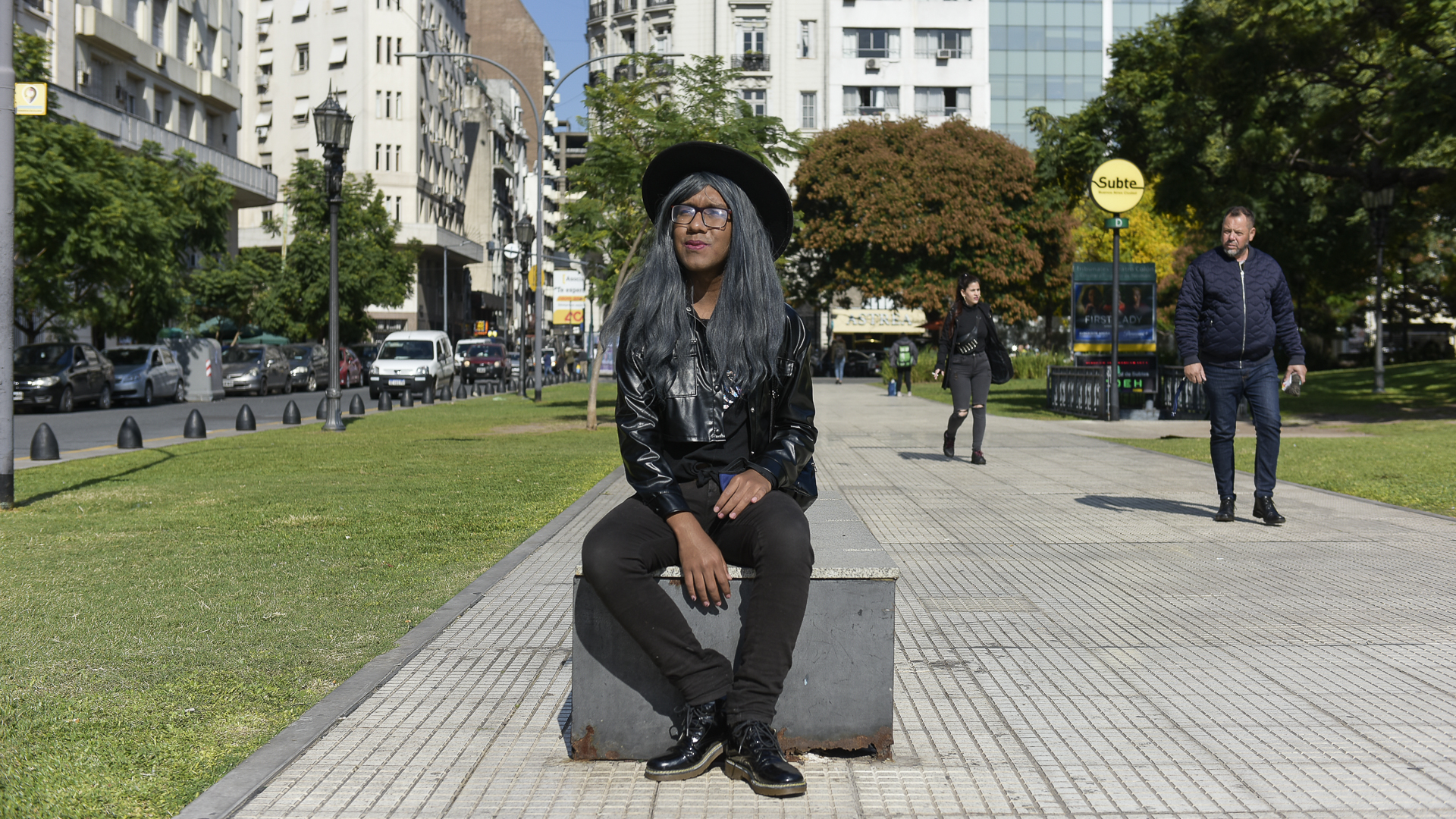 Already settled in Buenos Aires, Jessica is looking for a job so she can continue living in the Argentine capital while she studies (Gustavo Gavotti).

In any case, Jessica plans to stay in Argentina and go to university – she has not yet decided whether to study Literature or Psychology – and is looking for a job since, she confesses, her savings are starting to run out. “I want to work and combine that with my studies, so I can have a base to be able to live here. I was an English teacher in Caracas and I can also translate”, she explains, although she clarifies that she is willing to work in any field that allows her to earn an honest living.

Finally, we asked Jessica if she thinks that at some point she will be able to see in her country the same laws that have been approved in Argentina in favor of LGBT+ people. Her response is optimistic. “I think it is possible. Clearly the situation is not easy because the government is very conservative, but the LGBT+ community in Venezuela has to continue fighting, either individually or collectively. 3 years ago I dreamed of being here and it seemed completely impossible to me, and now look at me. Therefore, we must continue working and organizing ourselves to achieve a better country and a better future for all. Do not give up”.

They escaped the homophobia of the Maduro regime. Now, they are the first gay foreigners to marry in ChileVenezuela, Nicaragua and El Salvador, targeted for human rights violations against LGBT+ people She was a trans girl and decided to be a man again: she took off the silicones and tore off the “detransition”