Elections 2022 in Quintana Roo: Morena and Va por México candidates accused each other of corruption 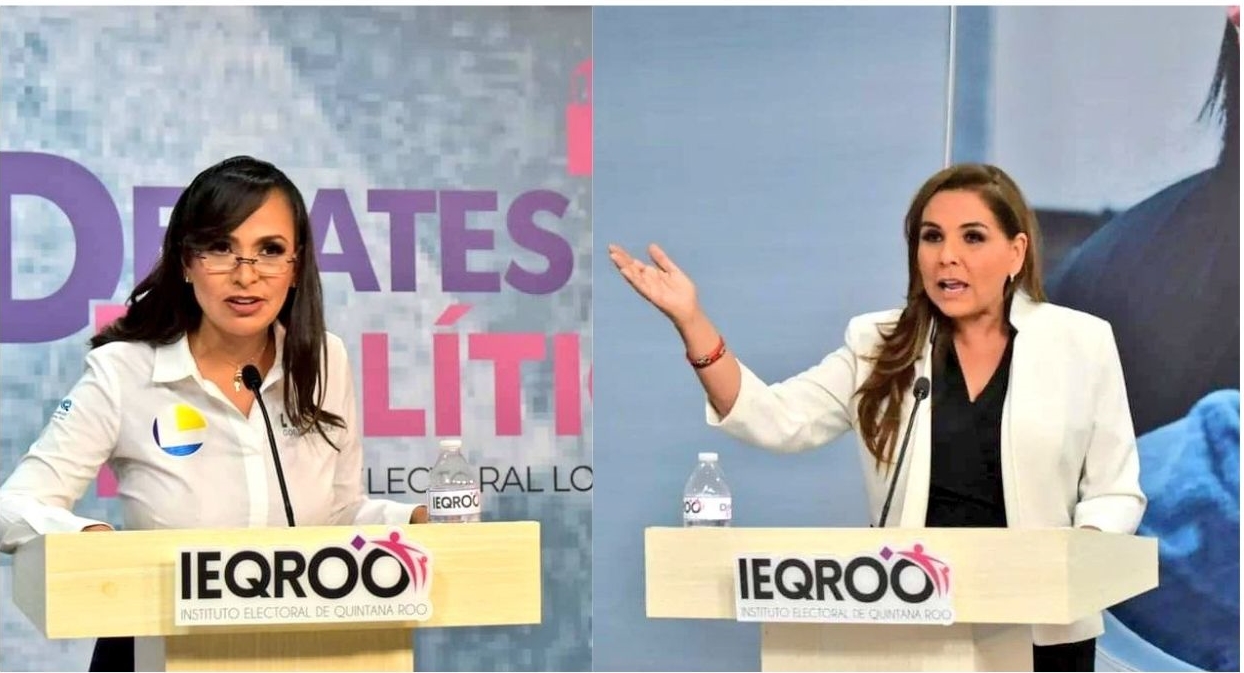 Mara Lezama and Laura Fernández, the leaders of the election, confronted each other during the debate (Photo: screenshot/YouTube/SQCS Radio and TV of Quintana Roo)

Two weeks before the elections take place in Quintana Roo, the State Electoral Institute (IEE) held the debate between the candidates for the governorship, where the main topic to be discussed was the proposals to reduce or eradicate institutional corruption .

It was in this vein that the candidates of the National Regeneration Movement (Morena), Mara Lezama, and Va por México -National Action Party (PAN) and Democratic Revolution Party (PRD)-, Laura Fernández, took the opportunity to accuse each other of allegedly having committed acts of corruption.

Through banners and graphics, the contenders were pointed out for presumably having created “mafias” in the entity, either from the construction field or from the institutional field. 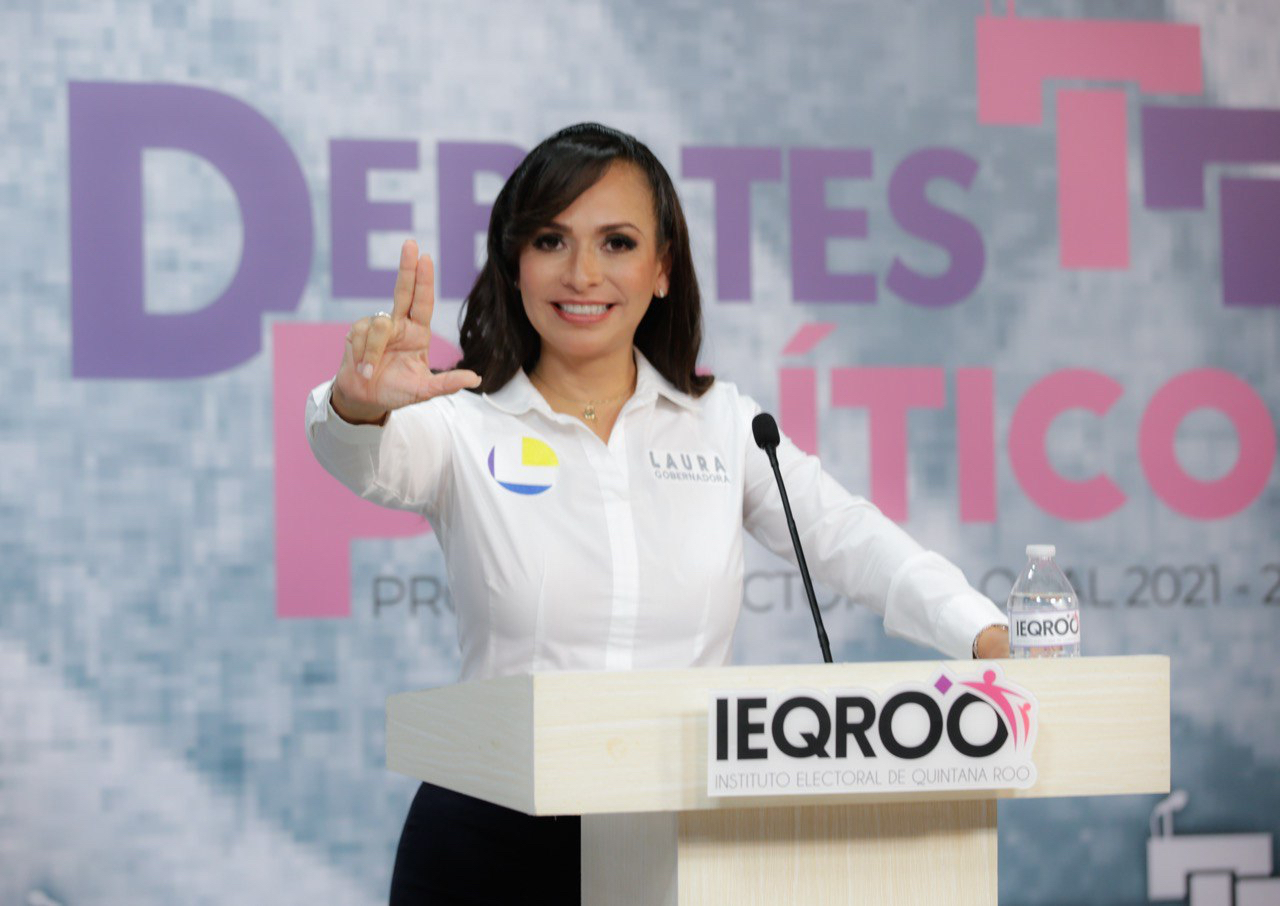 The standard-bearer of the PAN and PRD questioned the properties of Mara Lezama (Photo: Twitter/@LauFdzOficial)

In the first place, Fernández Piña accused the brunette of not having acted in the face of the increase in violence, insecurity and murders in Cancún when she served as the municipal president of Benito Juárez.

However, the accusations did not stop there, since he questioned Lezama’s properties, since he assured that the “greatest work” he built when he was in charge of the municipal executive “was his own house.”

“Oh, Marita, you already got nervous! You couldn’t explain how you got those taxi license plates. In her statement, she reported her and her family’s annual income of one million pesos per year. How is it possible that she has a residence of more than 128 million pesos. Where did the money come from?

Given the memory of the concessions that he supposedly received for having resigned from the municipal presidency of Benito Juárez-Cancún, the flag-bearer of the Va por Quintana Roo coalition asserted that the first measure to combat corruption is to “prevent” Lezama from winning the election on June 5. 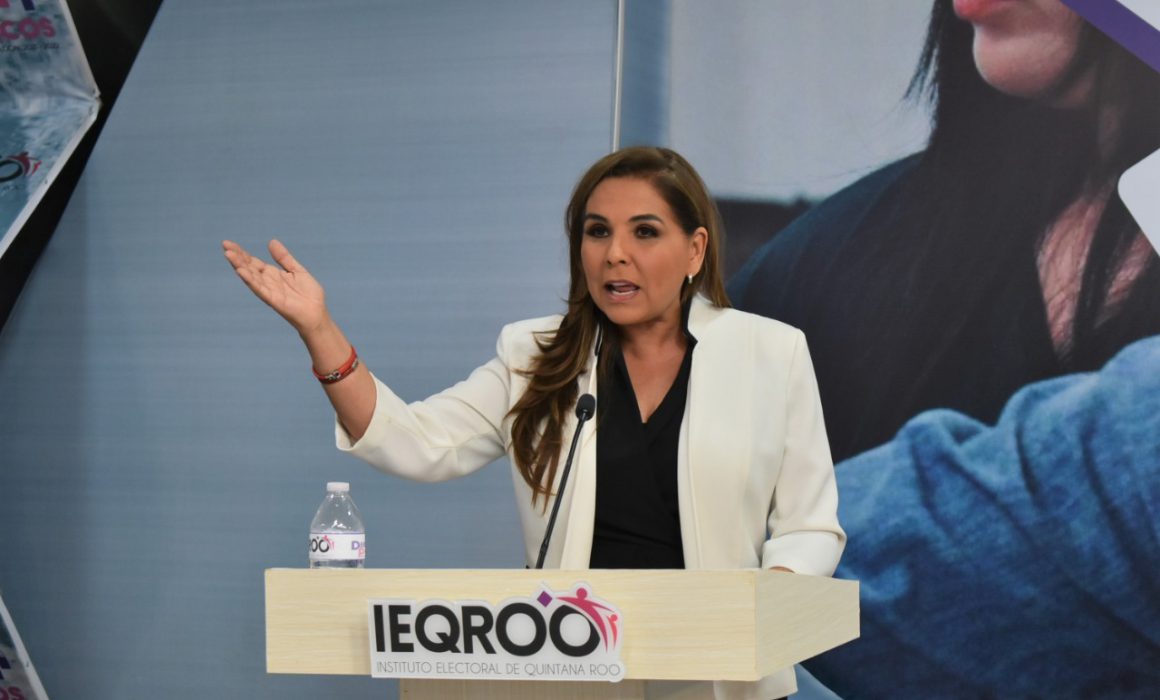 The brunette recalled the controversy in which Fernández Piña has been involved in recent days (Photo: Twitter/@MaraLezama)

Meanwhile, to defend himself against the accusations, Lezama recalled the scandals in which Laura Fernández has been involved in recent weeks. Through banners and images, she pointed out that she has not responded for allegedly having awarded contracts to her husband and “bankrupting” the Puerto Morelos City Council, for which she assured that, if she wins, she will take the PRD and his family to be accountable to the authorities.

“What cynicism! The usual corrupt, those who don’t have a filling, those who accumulate four complaints against them before the State Prosecutor’s Office, three complaints from the FGR, two more before the Superior State Audit Office. Even arrest warrants for family members who helped them in their businesses to take money from the people””

He also pointed out that, presumably, he has been in the midst of more acts of corruption, since he indicated that he served as private undersecretary of former Governor Roberto Borge Ángulo, who is currently in prison for probable acts of corruption.

On the night of May 21, the debate between candidates for the governorship of Quintana Roo took place (Photo: Twitter/@MayraSanRomaCM)

Finally, the representative of the Fourth Transformation urged citizens to go out and vote to eliminate the “mafia of corruption”; In addition, she assured that her administration will be close to “you know who”, that is, to President Andrés Manuel López Obrador (AMLO), for which she ruled that what is done by the people for the people will be privileged.

While Fernández Piña asked the population to “waste” their vote, since she asserted that she will be the one that makes the difference in the state, since she will act to stop violence, insecurity and lack of attention.

Disappearance crisis in Mexico: there is underreporting by not reporting due to mistrust in the authorities“No rich person has lost money”: AMLO assured that Mexico is attractive for foreign investmentRoad accident in Chiapas left four Central American migrants dead and at least 20 injured