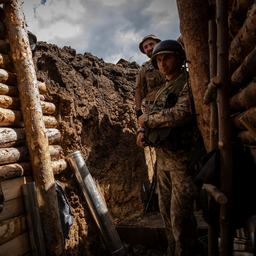 After the fall of the Ukrainian port city of Mariupol, it now seems it is the turn of the east of the country. The Russian offensive in Luhansk and the Donets basin is increasing. The struggle seems to be intensifying, especially in the latter region.

Ukrainian armed forces say they repulsed at least nine attacks in the Donetsk and Luhansk regions on Saturday. They also allegedly destroyed five tanks and ten armored cars. Especially in Luhansk, the struggle seems to be intensifying.

According to Ukrainian governor Serhij Hayday of Luhansk, the city of Shevyerodonetsk has been under fire for days, resulting in several deaths and injuries. “The Russians are destroying Shevyerodonetsk like Mariupol,” he told Telegram.

Hayday also reports that a bridge has been destroyed between Shevyerodonetsk and Lisichiansk, which is on the other side of the Seversky Donets River. This would complicate humanitarian aid, as well as evacuations from the area.

In his daily nightly video message, Ukrainian President Volodymyr Zelensky said the situation in the Donets Basin is “extremely difficult”. According to him, the Ukrainian army is not only in Shevyerodonetsk, but also in Sloviansk, among other places. There has also been heavy fighting there in recent days.