Do you no longer see the forest for the trees on Netflix? Our tips will save you hours of scrolling through the wide range and help you find that one perfect movie for tonight. Today we highlight a selection of all crime films on Netflix. Below you will find three exciting crime movies that are now on Netflix. 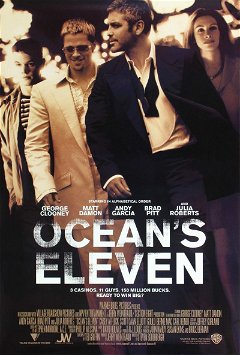 7.7 Watch on Netflix • Less than 24 hours after his parole from prison, Danny Ocean is already plotting his next crime.

Danny Ocean (George Clooney) is a thief who has just been released from prison. He finds his partner Rusty (Brad Pitt) and has a job: to rob the vault that contains the money from three casinos in Las Vegas. They recruit nine others and begin to set Ocean’s plan in motion. 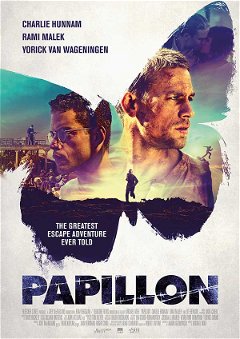 7.2 Watch on Netflix • Courageous Henri Charrière ends up in prison after being wrongfully convicted of murder. He is determined to regain his freedom, but after a failed attempt, he is transferred to the dreaded Île du Diable, better known as Devil’s Island.

Based on the bestsellers Papillon en Banco, the film tells the story of Henri “Papillon” Charrière (Charlie Hunnam), a Parisian underworld vault breaker who is framed for murder and sentenced to life in prison in the infamous penal colony on Devil’s Island. Determined to regain his freedom, Papillon teams up with Louis Dega (Rami Malek), who agrees to finance Papillon’s escape in exchange for protection.

3 The Devil All the Time Watch on Netflix • Set at the dawn of the Vietnam War, ‘The Devil All the Time’ tells the story of several characters from rural Ohio and West Virginia, all damaged by the war in their own way.

The crime thriller is set at the beginning of the Vietnam War, a war that has damaged everyone in their own way. The film follows the stories of various characters from rural Ohio and West Virginia. Netflix itself writes about the film: “Some people are born only to dig their own grave”.

Watch the trailer for The Devil All the Time here:

Is there nothing here for you? Then take a look at our overview of All crime movies on Netflix. Or check out which new movies and series are coming soon to the streaming service via our Soon on Netflix page.

Image: Still ‘The Devil All the Time’ via Netflix / Glen Wilson