The election cards are already printed: Íngrid Betancourt and Luis Pérez will appear, according to the Registrar’s Office 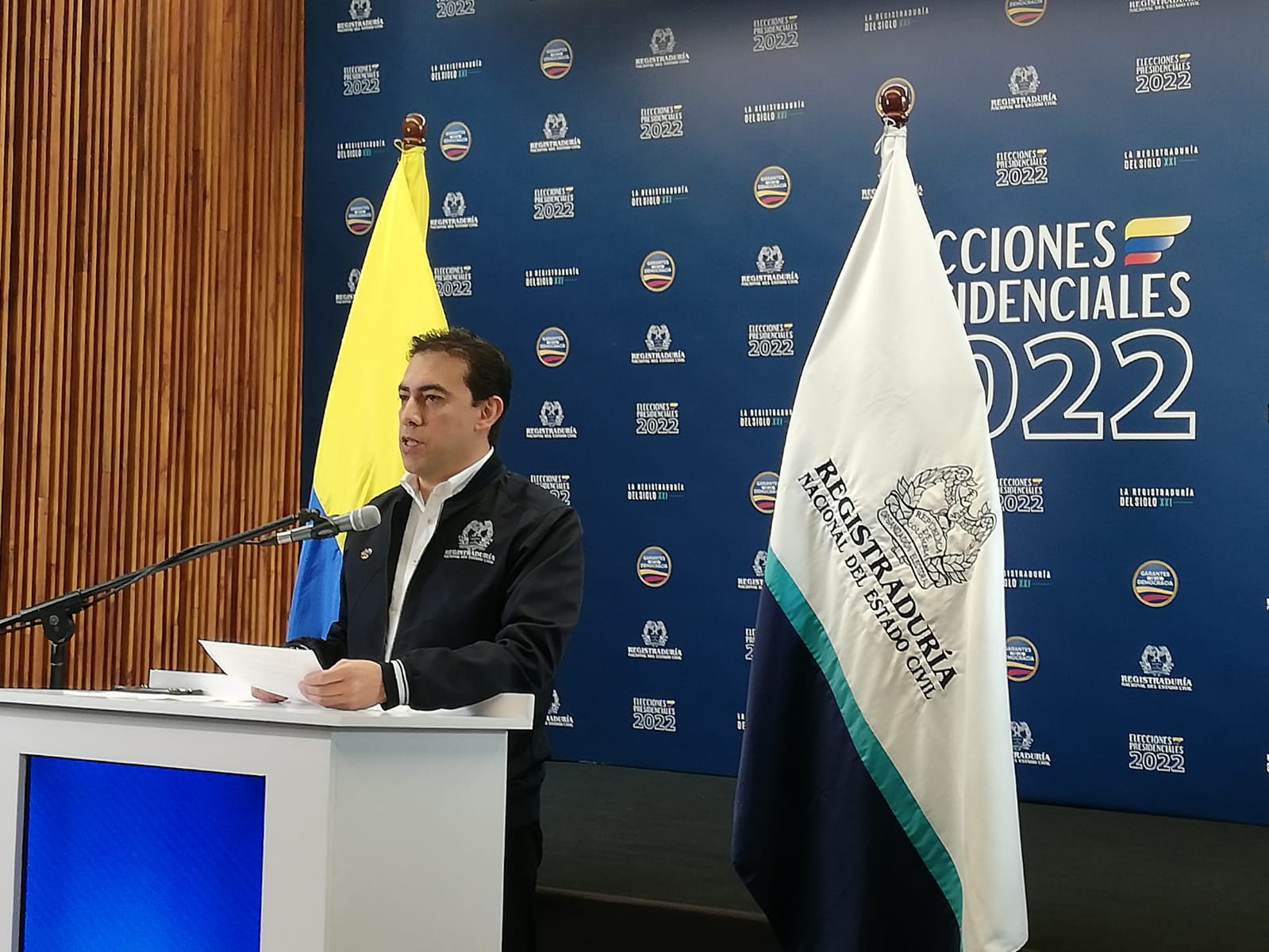 The National Registrar Alexander Vega summoned a press conference to explain different aspects in relation to the presidential elections on May 29. Taking into account that two candidates rejected his presidential aspiration, doubts arose about his appearance on their ballots, a controversy that Vega clarified.

One week before the voting booths open, the entity finalizes details to improve the perception left by the March legislative elections. Vega explained that the voting cards are already printed. Despite having withdrawn, the names of Íngrid Betancourt and Luis Pérez Gutiérrez will appear on the electoral card, although, if they receive votes, they will not be added to the campaigns they are supporting.

“Taking into account that the electoral cards are already printed with several candidates who requested their withdrawal, in the case of Luis Pérez and Íngrid Betancourt, the instruction that has been given to the voting juries is that they must compute the votes of both candidates. retired. Then, the scrutinizing commissions, already with instructions from the National Electoral Council, will define if these votes will go as unmarked votes, but that decision is made by the CNE.”

Although the candidates will appear on the electoral card, those votes that are marked in favor of the withdrawn candidates will not be taken into account for the campaigns that they decided to support. However, the voting juries must compute them as if they were participating normally.

In this regard, Alexander Vega added:

“It is ruled out that these votes join the campaigns that they support, remember that there are E14 forms printed with the two withdrawn candidates and there are ballots, what they do is that the votes are counted and counted at the table as if they were still participating, but already in the scrutiny, the Electoral Council will compute those votes as unmarked cards”. 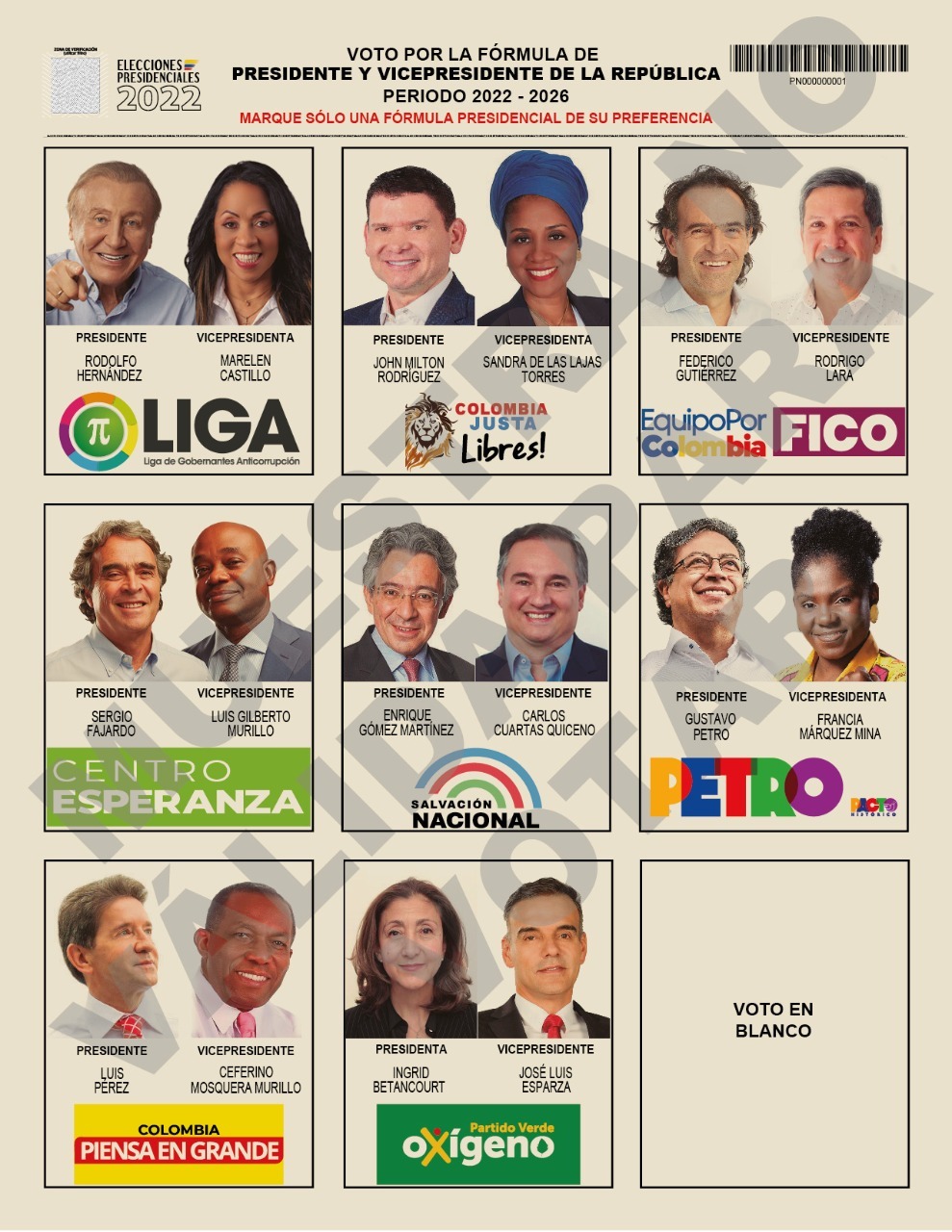 You can also read: Rodolfo Hernández and the ‘ranking’ of his controversies: from the slap to a councilor to his comments on sex workers

Taking into account that the electoral ballots had already been printed, they were sent abroad, given that even some voting points will start operating from tomorrow, since outside the country the votes begin a week in advance at the consulates and other polling stations. However, there is concern about a specific city. According to the registrar Vega, in Shanghai there is a possibility that Colombians cannot vote, since there are restrictions due to the covid-19 pandemic.

The registrar explained: “The cards are already printed, they are already abroad, we managed to get the kits to Shanghai and Russia. Tomorrow we will open with the Foreign Ministry at 3 in the afternoon, the election day abroad in New Zealand. We only have one problem, in Shanghai, despite the fact that the kits have arrived, there is a closure due to a pandemic, so I do not know if Colombian citizens are allowed to go to the consulate to vote, the rest of the consulates do not operate normally.

You can also read: Esmad attack could cost Álvaro Ávila, a student at the District University, an eye

There are also important advances in the establishment of the scrutiny software, which they have been reviewing and adjusting through drills, according to the registrar. This device can only be authenticated by means of the fingerprint of the representatives of the scrutinizing commissions and will operate from four in the afternoon, that is, at the moment the votes end.

It should be noted that there is an important provision of personnel for the elections, since there are 15,000 people distributed among data collectors, party auditors, tellers, technical support personnel and electoral observation missions, who will be pending the development of the day.

The international oversight will be present through different organizations and in the same way, in order to establish a transparent dynamic, there will be a backup every five minutes that will be saved.