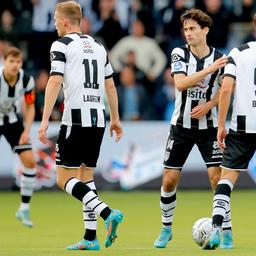 Heracles Almelo has been relegated from the Eredivisie. A home defeat (1-3) in the semi-finals of the play-offs against Excelsior brought an end to a period of seventeen years at the highest level on Saturday.

Heracles follows Willem II and PEC Zwolle, who were directly relegated as number seventeen and eighteen of the Eredivisie, to the Kitchen Champion Division. FC Emmen and FC Volendam are taking the opposite route.

Excelsior, which had already won the home match against Heracles 3-0 on Wednesday, can become the third PhD candidate. The Rotterdammers qualify for the final of the play-offs and meet ADO Den Haag. Excelsior first plays at home on Tuesday, the return in The Hague is next Sunday.

Heracles dropped to sixteenth place due to a 1-3 defeat against Sparta on the last day of the Eredivisie and was therefore sentenced to play-offs. The club management hoped to turn the tide by replacing trainer Frank Wormuth with René Kolmschot, but that did not have the desired effect.

Heracles was promoted to the Eredivisie in 2005 and managed to maintain himself every year after that. The highest ranking was sixth place in 2010 and 2016. That last year, a European ticket was even enforced via the play-offs. Portuguese FC Arouca was too strong in the preliminary round of the Europa League.