Four major cities happy with mandatory heat pump, but do have comments 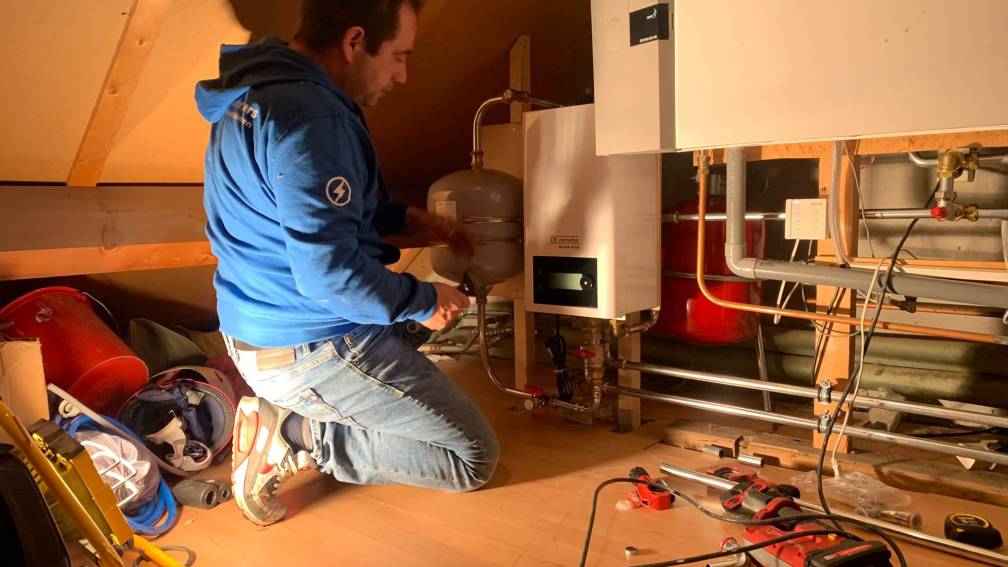 A step in the right direction, a nice interim solution: this is how the Energy Transition aldermen of the four major cities describe the cabinet’s decision to make the hybrid heat pump the standard from 2026. They are happy with the clarity from the government, but point out that a heat pump is not the right way for many city dwellers. “A collective solution such as connection to a heat network remains the most feasible and affordable,” says Rotterdam alderman Bas Kurvers (VVD).

The heat pump decision is intended to bring the government’s goal one step closer: one and a half million homes will be powered by gas by 2030. By 2050, this should apply to all 7.5 million homes and 1 million buildings. A tour of the NOS along the Energy Transition aldermen of Amsterdam, Utrecht, Rotterdam and The Hague shows that they are encountering various issues when making the homes in their cities natural gas. They lack people, resources and powers.

“I sometimes feel like an animation girl,” says alderman Liesbeth van Tongeren (The Hague, GroenLinks) about her efforts to get people and companies involved in the heat transition. “For example, when constructing a heat network. You have to get an entrepreneur so crazy to finance it and to bear the risk, because there is no pre-financing from the government. And you have to get residents enthusiastic about it.”

Ultimately, The Hague wants to provide about half of the housing stock with heat via heat networks. The other half would have to switch to a heat pump. According to Van Tongeren, the municipality needs an estimated 8 billion euros to become natural gas-free, but only has 180 million euros available.

Other cities also say that the energy transition will cost billions and that a large part of the investments cannot yet be made profitable. According to the cities, the government should step in there. “Affordability is the biggest issue,” says alderman Lot van Hooijdonk (Utrecht, GroenLinks).

“Residents should not pay more than they would if they still had natural gas. But there is no affordable alternative for many homes yet.” And, says Van Hooijdonk, municipalities do not have the money to make up the difference.

Councilors are concerned about rising energy poverty. Energy-saving measures could really make a difference, but they must be accessible and enforceable. “For example, you could only consider glass as a defect. Then landlords have to take action, and that ensures that many tenants get better insulated homes,” says alderman Marieke van Doorninck (Amsterdam, GroenLinks).

In Amsterdam, 20,000 homes were made natural gas-free in the past government period, more than the 12,000 that were initially planned. The municipality invested 150 million euros in a climate fund and received a subsidy from the government for tackling two neighbourhoods. “We have been able to make progress in recent years by using our own resources and subsidies, but it is clear that the municipality of Amsterdam cannot sustain this for many years,” says Van Doorninck.

Key question: who should do it?

In addition to financing, the aldermen also see problems with implementation. The lack of technicians and installers is well known. But it is also really difficult to find the people in the municipality who have to implement the policy, says Alderman Van Hooijdonk. There are now fifty people on it in Utrecht, there should be a hundred. According to van Hooijdonk, nationally, between 2000 and 3000 people are missing from the municipalities.

The four aldermen indicate that they would like to be able to set a deadline when a district must be off gas. The government has already complied with this. From 2024, the Municipal Instruments Heat Transition Act must apply. On the basis of this, municipalities can designate districts or neighborhoods that must get rid of gas. Eight years after such a district or neighborhood has been designated, the network operator is no longer allowed to supply gas.

That could convince many investors and citizens. But before the law takes effect, a lot still needs to be arranged, says Rotterdam alderman Kusters. “We only want to set an end date for gas if residents can receive a feasible and affordable offer for a sustainable alternative. Financial resources are really a hard condition.”