The first episode of Glad IJs (2021– ), a production of the Belgian VRT, can be seen on Amazon Prime Video from today. The compelling crime comedy is about Philip Druyts, better known as Phil Frisco.

Phil is a hardworking, self-made entrepreneur who is extremely popular with his employees and business partners, but who has no idea what goes on in his own family. His wife and son are fed up with him and sell his ice cream factory, his life’s work, to an American multinational. Phil’s life is turned upside down, and to top it all off, he’s also kidnapped. 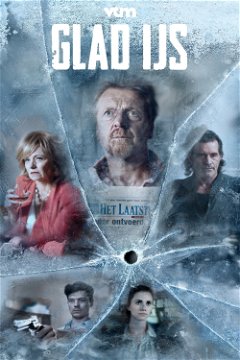 In ‘Slippery Ice’ we follow Phil “Frisco” Druyts, a hardworking self-made man who is extremely popular among his employees, but is ignorant of everything that goes on in his own family.