Ajax has won a friendly match against Curaçao in the night from Friday to Saturday (Dutch time) without any problems. The team from Amsterdam were 1-5 too strong, thanks to star Christian Rasmussen and Mohamed Ihattaren.

Ajax started the exhibition game with a mix of permanent employees and talents. Dusan Tadic, Edson Álvarez and Jurriën Timber, among others, were not in the selection. The Curaçao team consisted of Curaçao players who are active on the island itself and Curaçaoans who play football in other countries.

The five-day trip to the Caribbean island due to sponsorship obligations will come to an end on Saturday and with that the season of Ajax is also over. The team from Amsterdam captured the 36th national title in club history a week and a half ago and closed the competition last Sunday with a 2-2 draw against Vitesse.

In a month, Ajax will start preparing for the new season, with Alfred Schreuder as the new trainer for the group. The 49-year-old Barnevelder signed a two-year contract earlier this month as the successor of success coach Ten Hag. 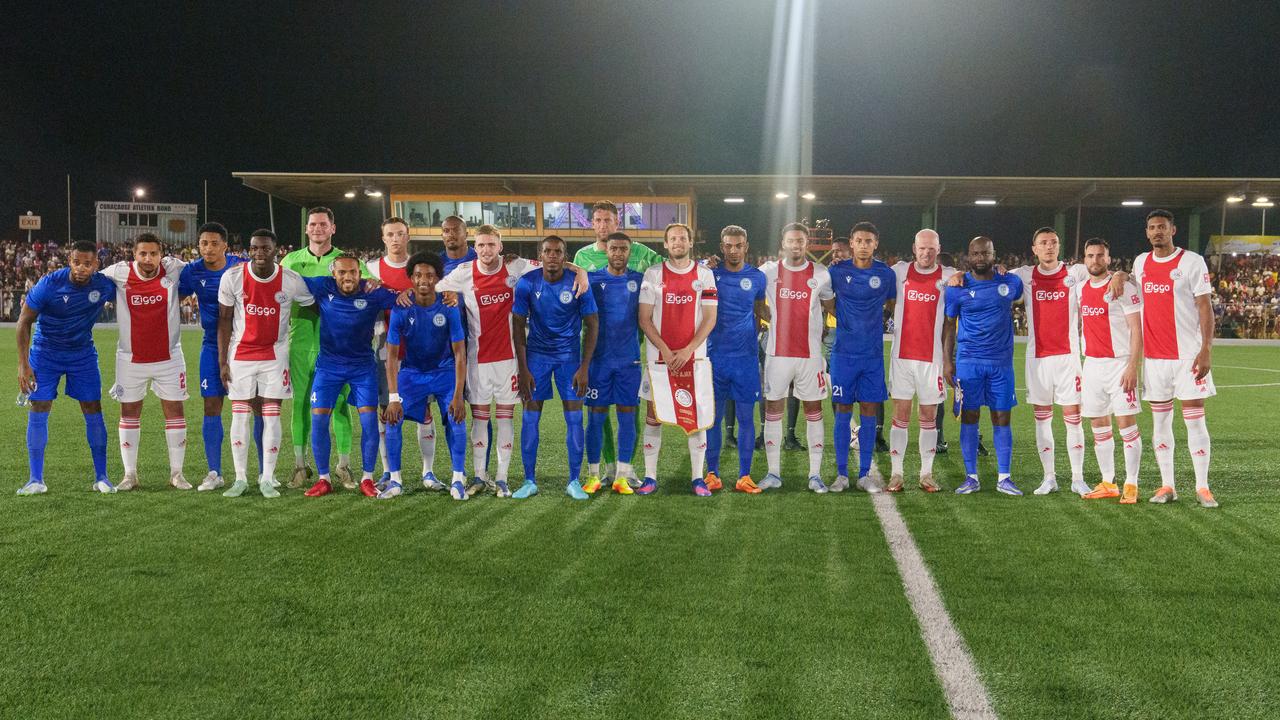