3rd stage victory in the Giro 2022 for Arnaud Démare 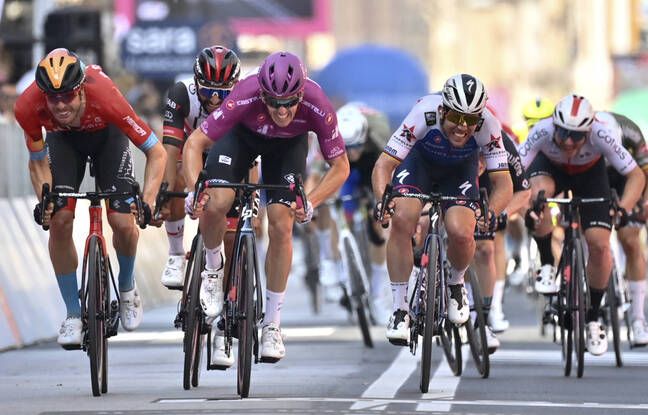 Cycling France dries (a little) its tears. Arnaud Démare recorded a 3rd stage victory on the Giro 2022, just hours after the heartbreaking abandonment of Romain Bardet, ill. The Frenchman from Groupama-FDJ won in the sprint during the 13th stage of the Tour of Italy which led the peloton to Cuneo.

To win the stage, Démare led a long sprint and narrowly edged out the German Phil Bauhaus. Briton Mark Cavendish took third place ahead of Colombian Fernando Gaviria. Démare took the eighth stage victory in the Giro in which he is participating for the fifth time. He opened his record in 2019 before winning four times the following year and bringing the Cyclamen jersey back in the points classification.

The pink jersey still on the shoulders of Juanpe Lopez

The Spaniard Juan Pedro Lopez (Trek) kept the jersey after this 150 kilometer stage.