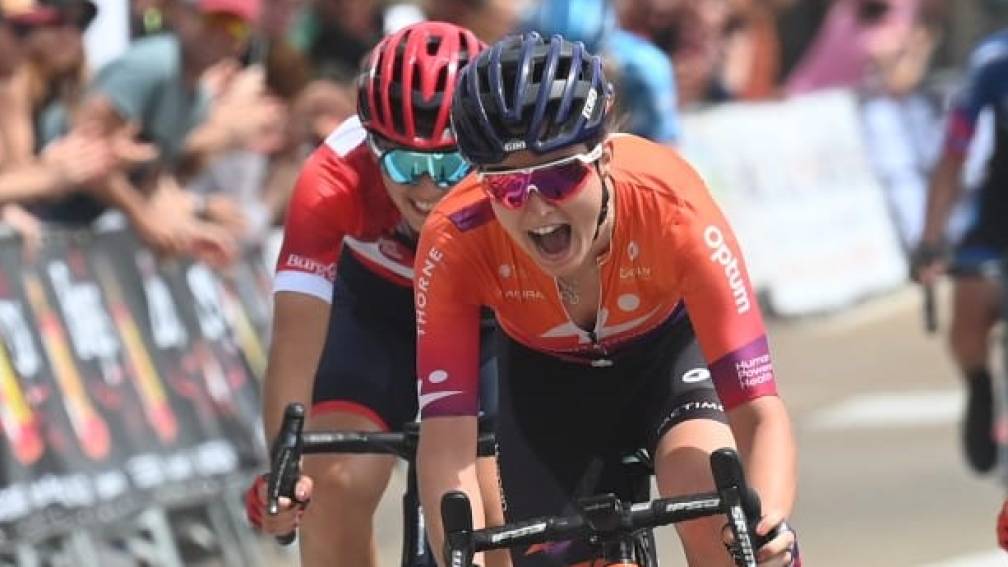 The second stage in the Tour of Burgos was won by Matilde Vitillo. The Italian was the fastest of a group of seven in the 128 kilometer stage. In the sprint she only narrowly beat the Dutch Nina Buysman. Colombian Jennifer Ducuara took over the leader’s jersey from Lotte Kopecky.

With 95 kilometers to go, seven riders took off. In that group were two Dutch riders, Buysman and Maake Coljé. They were joined by Ducuara, Vitillo, Lara Vieceli, Nora Jencusová and Aranza Villalón.

After the only two climbs of the day, they were still well ahead of the pack and with twenty kilometers to go the margin was four minutes. The lead quickly disappeared, but in the end the escapees were just a few seconds ahead of the pack.

With two stages to go, Ducuara, the new leader in the general classification, has a six second lead over number two Kopecky. Nina Kessler is the best placed Dutch in sixth place. She is also six seconds behind Ducuara.