The story uncovered by “Prosecutor”, the drug tunnel dog: how animals are at risk in operations

Fiscal attracted the attention of thousands of users on social networks after being rescued from a home set up as a front for the narco-tunnel that crossed drugs from Tijuana to San Diego, but the story of the dog pays attention to the lack of protocols to guarantee animal protection when security agents they deploy operatives to crime-related sites.

The German shepherd between two and three years old was a security guard at the property located on Sor Juana Inés de la Cruz street in the Nueva Tijuana neighborhood, in the Otay delegation. That was where agents from the Army and the Attorney General’s Office (FGR) intervened to secure the site related to the drug trafficker’s cross-border passageway.

Carmen Villarreal Alberich, activist of Animal Lawyers Mexicosaid to Infobae Mexico what Fiscal He was in the courtyard and was detected by the association after it went viral on social networks for interacting with the soldiers. But when the uniformed men were in the operation, the canine escaped and was lost for about an hour.

He even reached the nearby customs office and was guarded by elements of the National Guard, who finally handed him over to the animal protection organization, who handed him over to Rescue Me Tijuana, an association that raised its hand to protect him while his legal situation is defined and, in your case, be free to put it up for adoption.

He was in good condition, he is a sociable dog and he is affectionate

So that Fiscal was with people concerned about his safety, Villareal Alberich contacted the FGR delegate in the border city to proceed with the protocol that they have implemented in these cases, under the argument of the judicial depository, a legal figure that allows safeguarding in legal terms what located in searches, seizures or prosecutions.

According to Villarreal Alberich, the agents who intervene in points related to criminal acts overlook the relevance that should be had with animals.

The drug tunnel dog was detected by Animal Lawyersbut this does not always happen nor is there a specific awareness to proceed with the safeguarding of dogs, cats, roosters or others that remain in the middle of the criminal scene. 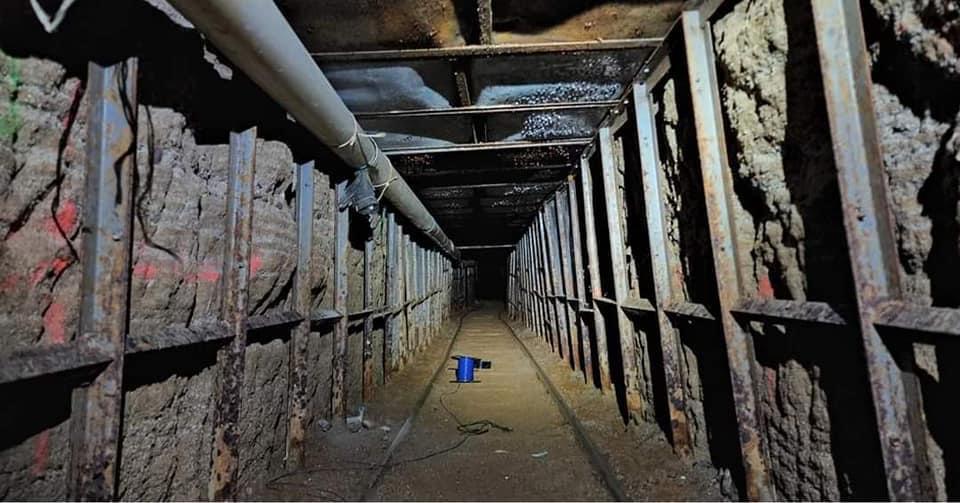 They are not interested in the subject of animals, so our fight has been that all this information and this awareness permeate the entire structure

And that really all the authorities that are responding to these operations have at hand what to do, who to contact and what is the protocol that must be followed for the protection of these animals.

Three bengal tigers died of hunger in Guerrero after being seized from the drug trafficker They released two sheep from Oaxaca locked up in a municipal jail for grazing in a shelter With the presence of their pets and relatives, this is how they buried the journalist Lourdes Maldonado