McDonald’s announced on Monday that it was leaving Russia because of the war in Ukraine. This puts an end to a period of more than thirty years in which Happy Meals and Big Macs were sold on Russian soil. While a war is now putting an end to McDonald’s in Russia, the entry 32 years ago was mainly about rapprochement.

On January 31, 1990, domestic and foreign journalists, a few diplomats and thousands of Muscovites lined up on Pushkin Square in Moscow. The reason? The Big Mac is thus served on Russian soil for the first time.

For journalists and diplomats, it’s about more than fast food. McDonald’s is the first major western company to open its doors in present-day Russia.

The opening of the hamburger chain, two months after the fall of the Berlin Wall, is confirmation that Soviet Union leader Mikhail Gorbachev is serious about reforming the country. McDonald’s ‘golden arches’ show the liberalization of the declining superpower, all wrapped up in a soggy hamburger.

The Big Mac is, however, expensive: it costs about 2 to 3 percent of the average monthly salary of a Russian. Converted to current standards, that amounts to about 56.6 euros per hamburger. That price tag doesn’t stop people from buying one: Moscow’s McDonald’s sells about 30,000 meals that day.

Thousands of people queue at the opening of the first McDonald’s in the Soviet Union. 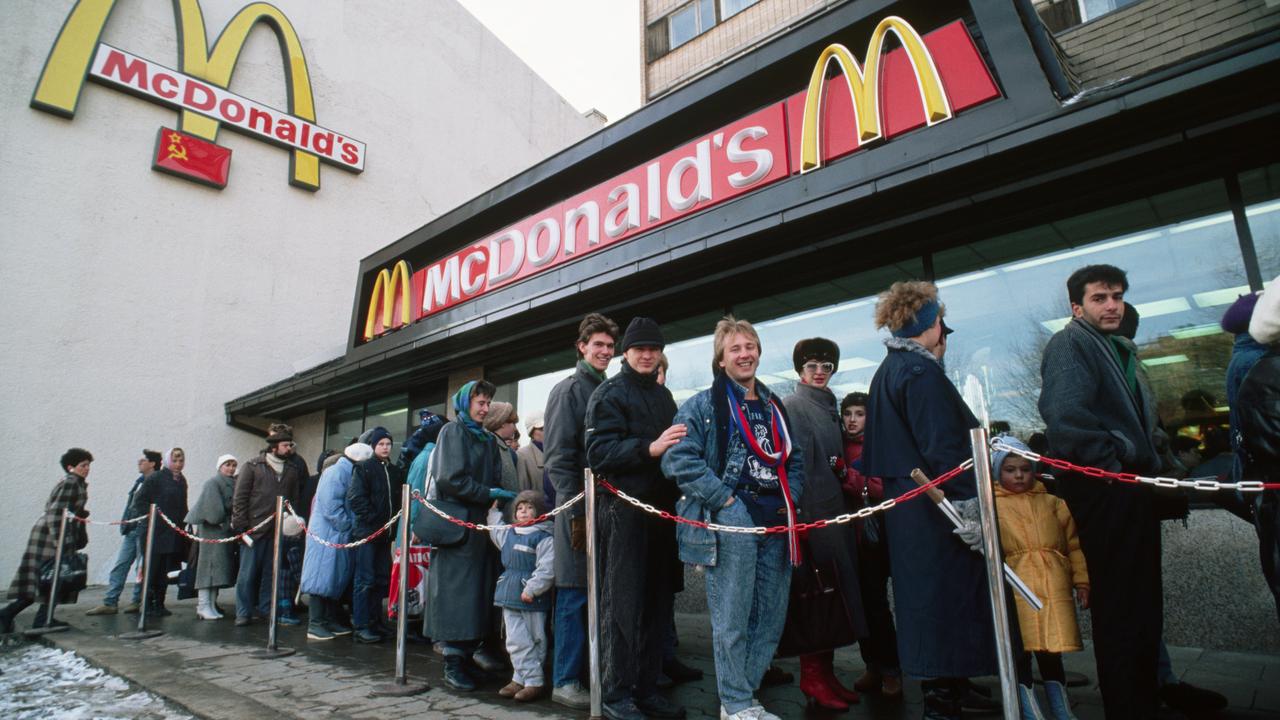 Thousands of people queue at the opening of the first McDonald’s in the Soviet Union.

Departure due to ‘unnecessary human suffering’ in Ukraine

McDonald’s announced on Monday that it was leaving Russia because the company can no longer ignore the “unnecessary human suffering” in Ukraine. McDonald’s will now sell all of its restaurants to local buyer Alexander Govor, who currently owns 25 restaurants. When the deal is completed, there will be nearly 850.

Govor restaurants are no longer allowed to use the familiar yellow logo and product names (such as a Happy Meal or a Big Mac). The new owner has promised to take all 62,000 McDonald’s employees with him.

So 32 years after the opening of the first McDonald’s in Moscow, the Big Mac in Russia is coming to an end. What started as a friendly rapprochement ends in a hard break.