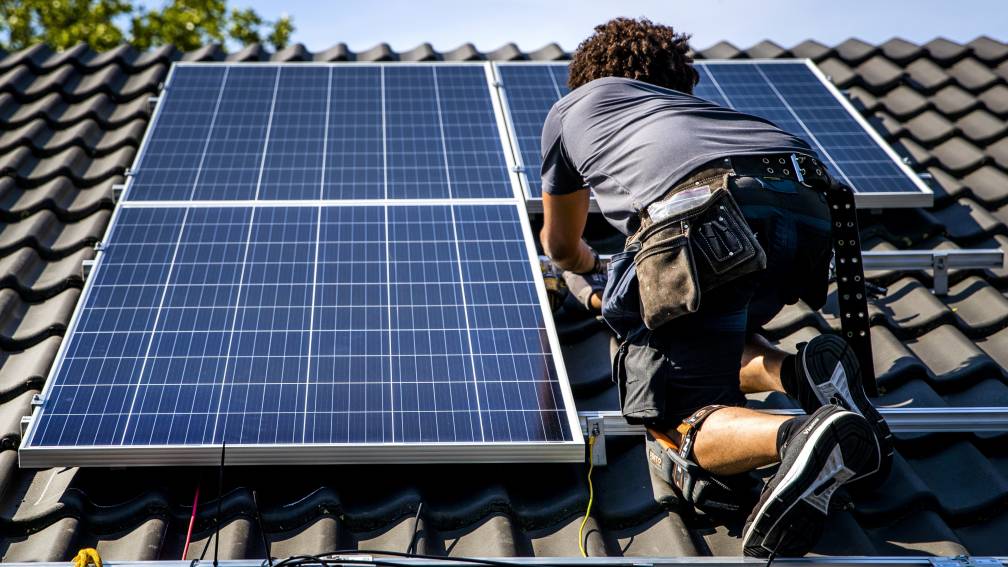 The cabinet wants to make it mandatory that solar panels are installed on the roofs of new buildings from 2025. The obligation must apply to all new buildings, except residential houses, with a roof with a surface area greater than 250 square meters. This includes, for example, factories, shops and other companies.

According to Minister Jetten for Climate and Energy, we must maintain and further accelerate the growth in the number of solar panels, especially through “large-scale deployment” on roofs. The rules may also be tightened up for the roofs of new homes and for smaller roofs of companies in 2025.

In a letter to the House of Representatives, Jetten calls solar energy, generated with solar panels, an essential part of the energy transition, with which a large part of the CO2 reduction can be achieved.

The cabinet recognizes that solar panels have become more expensive due to recent market developments, but according to Jetten they are still very “cost efficient”. He thinks the obligation to become less dependent on fossil fuels is good, good for energy costs and good for the climate.

There will also be some changes for existing buildings, but that is more complex, because this concerns an existing property, the government acknowledges. “There must be a sufficiently compelling interest to intervene in the property right,” writes Jetten.

Under various conditions, he wants to make it easier for municipalities from 2024 to require solar panels in existing company buildings.

The government also wants to encourage roofs that are currently not suitable for solar panels to become so. This includes reimbursing the additional costs for adjustments to the roof or the additional costs for using lightweight panels. About 60 percent of the large roofs now appear to have ‘carrying capacity problems’, but the majority of these can still be made suitable with relatively small investments.

The cabinet also announces that the ‘offsetting scheme’ for solar panels will remain in force for longer. Under this scheme, someone who installs solar panels on the roof can deduct the electricity that is generated and returned to the grid from their own energy consumption. The plan was to phase out that system from 2023, but that has been postponed until 2025.