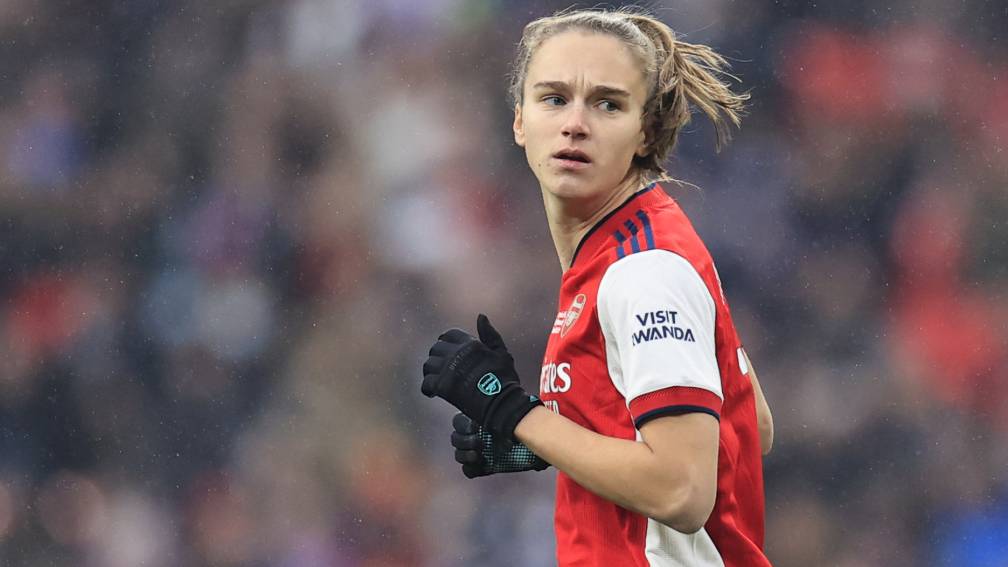 For months there were rumors that Vivianne Miedema would go to a new football club. The best clubs in the world wanted to buy the striker, but now she is signing a new contract with her current club, Arsenal.

Miedema has been playing for the London football club since 2017. She went there to win a lot of prizes, but she barely succeeded. Though it’s not her fault. Miedema has scored 117 goals in 144 matches. She is also the all-time top scorer in the English women’s competition.

That is also why Miedema is seen by many people as perhaps the best football player in the world. Her contract would actually expire after this season. And that’s why clubs like FC Barcelona and Paris Saint-Germain wanted the striker. But still, Miedema chooses to stay with her current team.

And her club is very happy about that. Online they posted the emoji of a goat, or ‘goat’. This stands for Greatest Of All Time, ‘the best of all time’.

For example, the club announced the extension of Miedema.

It is not known for how many years the 25-year-old Dutch striker has signed.