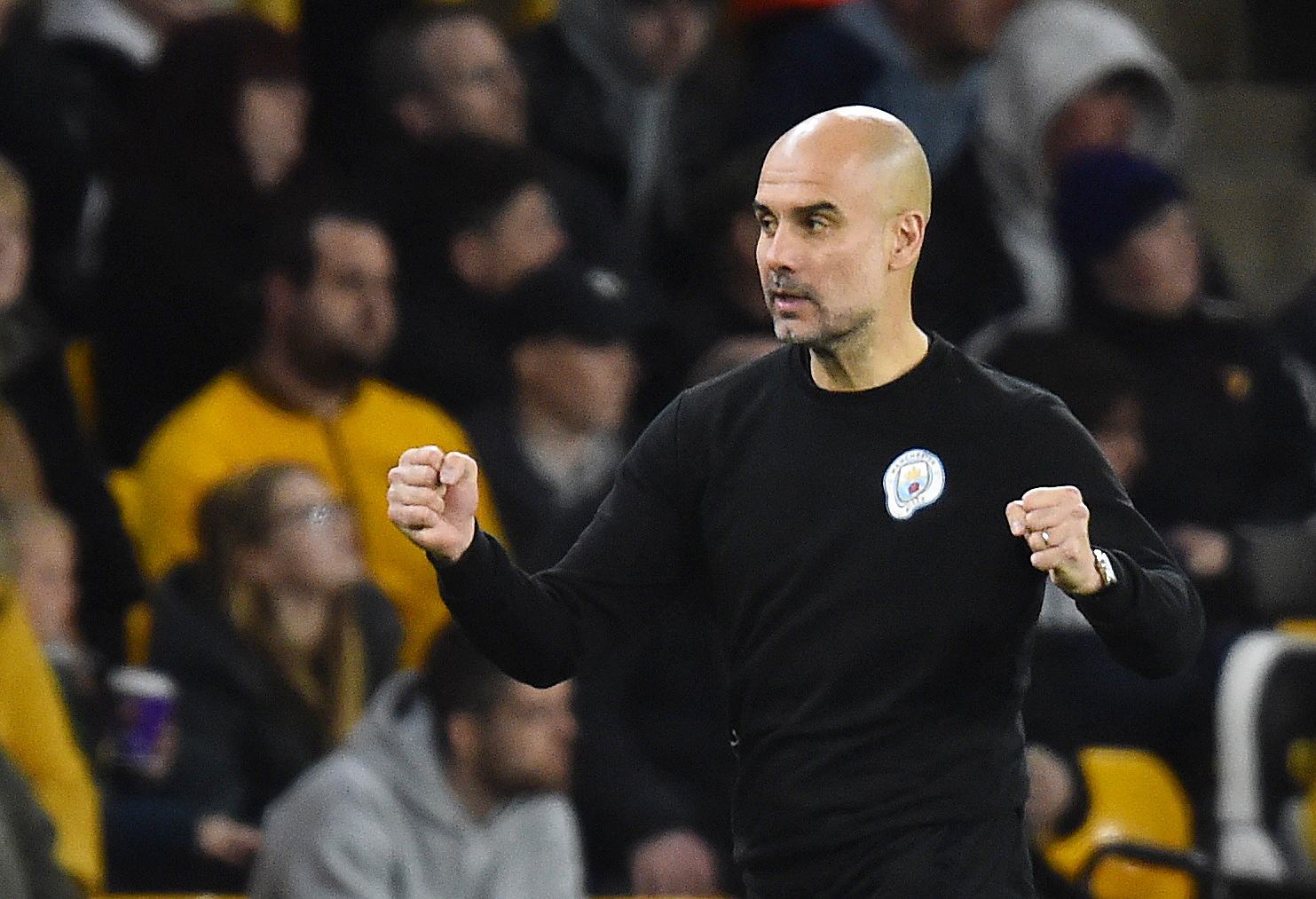 This Sunday the title of Premier League champion will be decided after an exciting season that left only two teams with the great opportunity to lift the trophy. Manchester City and Liverpool are the only two contenders for glory and that is why Pep Guardiola spoke at a press conference this Thursday about what he expects from the decisive match this weekend and the balance of the campaign for the sky-blue team.

It is worth mentioning that the cast led by the Spanish has one more point than the Reds, so they will be champions if they win against Aston Villa or if they achieve a similar or equal result to Jürgen Klopp’s team, which will host Wolverhampton. For this reason, the bets are in favor of Manchester City, which is preparing a party in its stadium.

Guardiola was asked at a press conference about what the celebration will be: “Before winning the first title we thought that this would be the most incredible moment of our lives. But then the next day the sun comes out and people start demanding more. It is satisfactory, but after a day or two it is forgotten. Must be like this. We are very focused on winning again. In the end, the feeling hasn’t changed that much either. We will try to be ourselves.”

In this sense, the former Barcelona strategist maintained that the Premier League title is more difficult to obtain than the Champions League title, a tournament that he has not won since leaving Catalonia in 2011. “It is the most difficult. There are many weeks, many games, problems with injuries, good and bad moments… there are many different situations”, he explained and added: “It is not a single game like the FA Cup, regularity is rewarded, day to day ”. 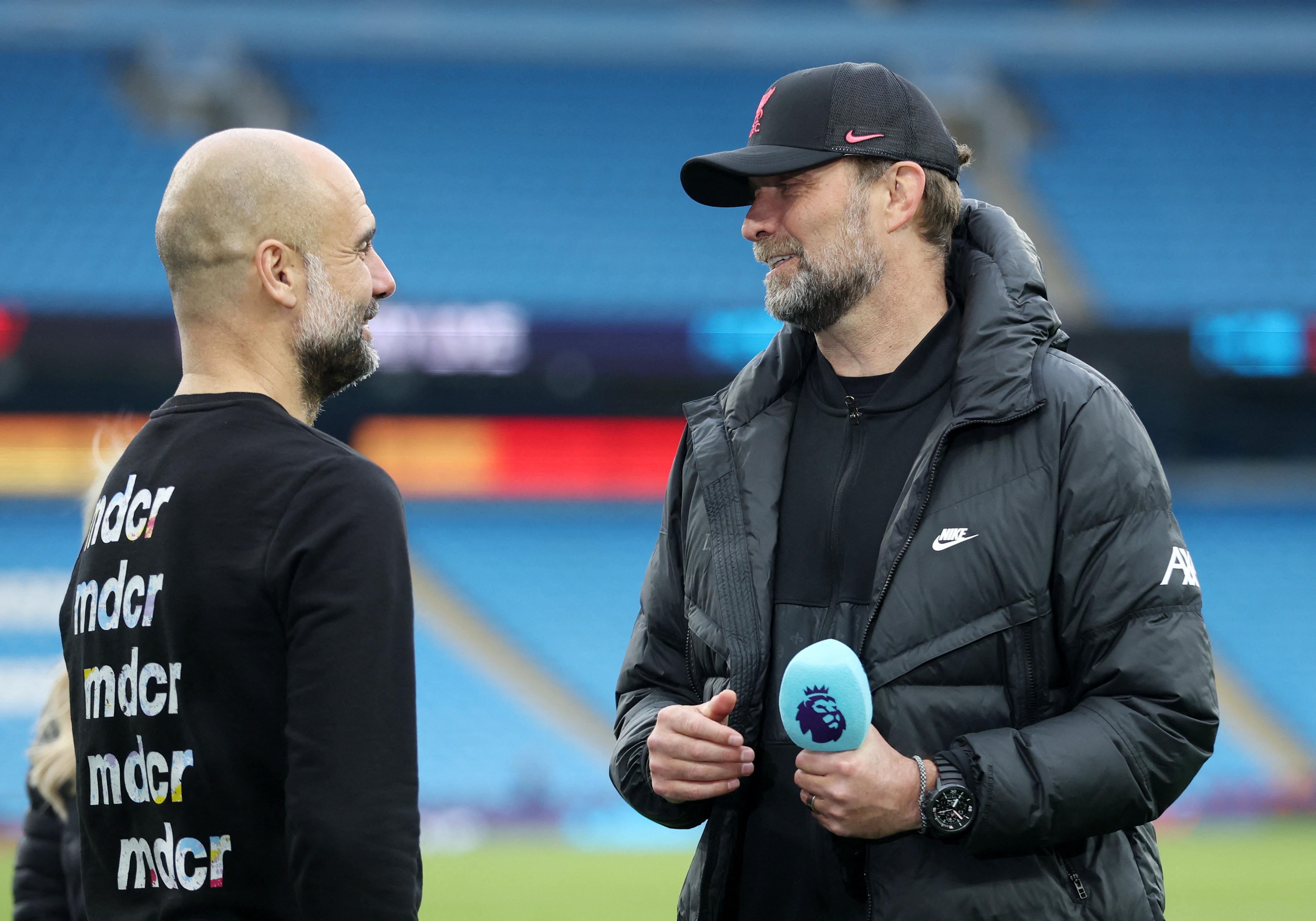 Pep Guardiola and Jürgen Klopp, only one will be the champion (Reuters)

Given the insistence on this point, Pep was clear: “I’m not saying that (the Champions League) isn’t important. I would love to be in Paris next week (where the final between Liverpool and Real Madrid will be played), but it’s different to win 38 games or win 6 or 7. I’ve always liked the Champions League, it’s beautiful. We are close”.

With regard to the success that is experienced day by day in football, Guardiola was clear in acknowledging that everything he does is done with the aim of winning and achieving championships, but he stated that the fact that Manchester City has become a club that competes for all the trophies is already an achievement that must be valued. “Success is being there fighting for the title for the last few years. Liverpool were unstoppable when they beat us and we didn’t do well enough, but the rest of the years we’ve been there. When you fight for the Premier League you enjoy it in the dressing room.”

“Our lives are happier when we win, and winning makes us train better and have a better atmosphere,” assured the Spaniard, detaching himself from those who use a style of play as a shield against defeat: “We play to win, but there are aspects that we don’t we can control. But we have an incredible desire to win.”

Manchester City will host Aston Villa on Sunday and if they win, they will win the title. In the event of a draw or loss, he will need Liverpool not to make three against Wolverhampton. In the event that the light blue team loses and the Reds tie, they would be equal on points, but due to goal difference (+72 against +66) it would be the citizens who would lift the trophy.

Pochettino spoke of his continuity at PSG, slipped that Di María will say goodbye and sowed more doubts about the future of Kylian MbappéDecisive hours in Kylian Mbappé’s novel: his mother gave details of the negotiations with PSG and Real Madrid