Due to teacher strikes, an average of 24 days of class per year have been lost since 1983 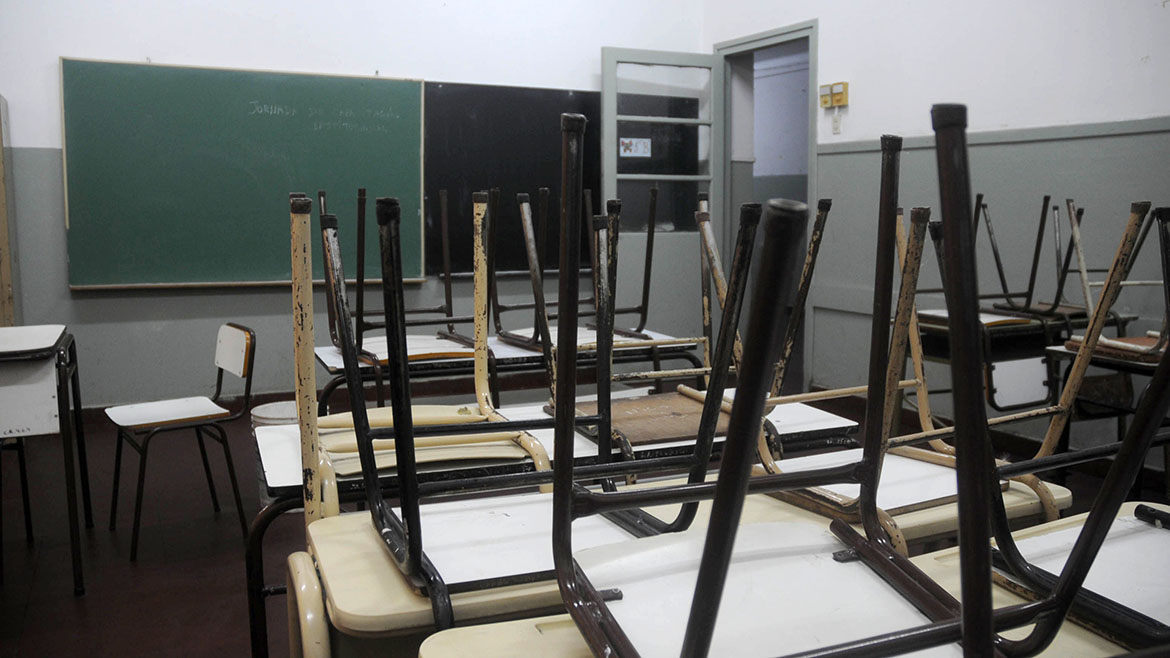 24 days are lost on average due to teacher strikes (Télam)

Since the return of democracy in 1983, in Argentina there have been 1092 days in which at least one province was affected by a teacher strike. In school cycles that, in general, do not reach the 180 mandatory school days, there is an average loss of 24 school days per year throughout the country.

The numbers belong to a report from the SEducA union to which Infobae had access. The union, which is usually opposed to forceful measures, counted through news, municipal and provincial observatories and, mainly, educational sources, the number of strikes by province.

In the survey, very wide differences emerge between the measures of force called in the different districts. For example, while a student from the City of Buenos Aires misses, on average, 13 days of school a year, a student from Chubut misses 37, almost triple. Following this line, in the 12 years of schooling from first grade to the last year of high school, a boy from Chubut misses 2 and a half school cycles. In recent years, even more due to the high level of conflict between the unions and the government.

Not all strikes have the same impact. In the province of Buenos Aires, which has an average of 28 strikes called per year since 1983, they tend to be felt more than in Mendoza (18), for example, where in recent times strikes have not affected the normal development of school activity. .

According to the calculations, the districts that historically have fewer strikes are the City of Buenos Aires (13), Misiones (14) and Formosa (17). At the other extreme, those with the greatest conflict are Chubut (37), Tierra del Fuego (32) and Tucumán (32).

Inside the provinces, they add, there are very large landslides. In 2018, by case, Chubut had 78 days of teacher strike and Neuquén, 53. Santa Cruz suffered more than 100 days of strike in 2017. Further back in time, in the ’90s, the mobilization known as the “White Tent” lasted 33 months. 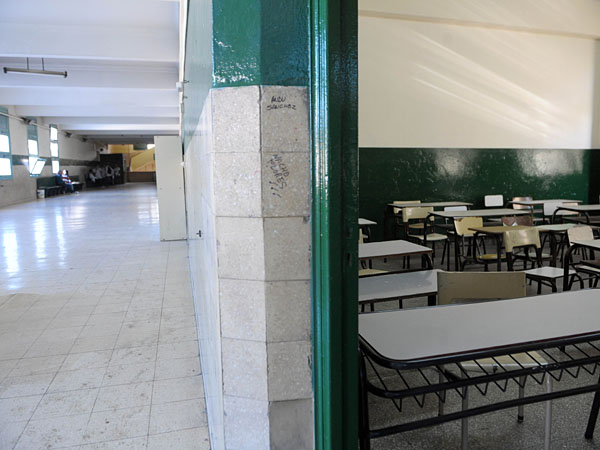 The document points out the “inefficiency” of the force measures. “Students have seen their school trajectories disrupted, their learning was interrupted, and teachers, far from obtaining answers to the problems that afflict their tasks in the classrooms on a daily basis, have obtained as a result a drastic loss of the purchasing power of their salaries, as direct consequence of many actions, among which teacher strikes have contributed as a factor in the decrease in income”.

Along the same lines, Facundo Lancioni Kaprow, general secretary of SEducA, expressed: “These numbers hurt, mainly because they do not surprise us. Society is used to teacher strikes. Anyone in the educational community knows the countless days of school that are missed. Let’s not hide it anymore. This model was harmful for the children, their families, and also for the teachers.”

The data collected corresponds to the sum of stoppages “reported” by the school leaders, with or without discount, but also to those in which the stoppage was “not passed” to avoid discounting presenteeism. According to the union, it is “a common practice in schools, and it undermines the importance of generating spaces for dialogue with the educational community to faithfully depict the problem.”

With the focus on teachers’ strikes last week, the opposition today presented a bill to declare education an essential strategic service. The text, which was prepared by the national deputy Alejandro Finocchiaro, seeks that schools are open every day that the school year establishes, even on those days when there is a strike.

In this way, the national compulsory education system – from initial level to secondary school – would be considered an essential service, just like hospitals, the production and distribution of drinking water, electricity and gas, and air traffic control. . This implies that the provision of minimum services must be guaranteed to avoid their interruption, with minimum guards, which must include 50% of the directors, teachers and assistants.

In this regard, Ana María Borzone, researcher at Conicet, specialist in reading, pointed out: “Many countries consider that education is a strategic service that cannot be left unprovided. What must be implemented are the means so that the children always have classes and the schools are always open. Guarantee the right to education.

The project requires at least compliance with the school calendar. In case of an imponderable – inclement weather, infrastructure problems and other unforeseen events – it is anticipated that the days must be recovered during the winter holidays or in December.

For Borzone, although it would be an important advance, it is not enough to ensure the days of school. “Learning achievement goals need to be set,” he remarked. “For example, by the end of third grade all kids have to learn to read fluently. This allows progress to be evaluated and, in any case, pedagogical practices to be reviewed. But if the system doesn’t set targets, it’s impossible to raise the bar,” he added.

Delivery of school books: the Government seeks to reactivate the policy after 10 years without continuity