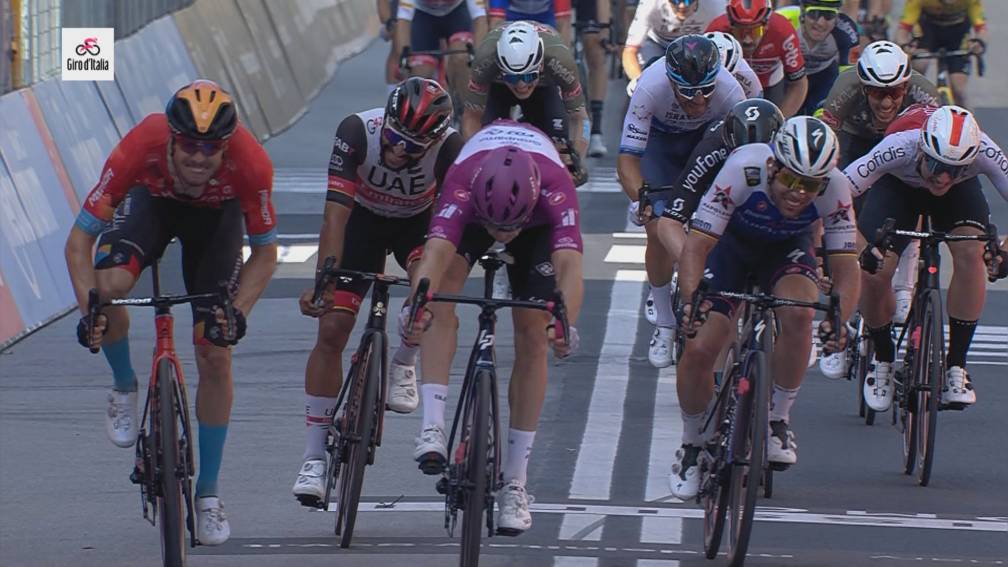 Arnaud Démare has won the thirteenth stage of the Giro d’Italia. The Frenchman was the strongest in the sprint. Dutchmen Pascal Eenkhoorn and Julius van den Berg were the trendsetters of the day, but were swallowed by the peloton in the blood-curdling last meters.

Number four in the standings Romain Bardet had to drop out early in the stage due to stomach problems. A hard blow for DSM, because their leader drove a very strong Giro d’Italia and was a serious podium candidate. The failure of the Frenchman does mean that Thymen Arensman is now the best classified rider of DSM.

The Dutch riders show themselves in this Giro d’Italia and the stage was also orange on Friday. Especially Julius van den Berg (EF) didn’t let it grow from the start and had big plans in the 150 kilometer stage from Sanremo to Cuneo.

After previous attempts had been nipped in the bud, he hit a serious gap with the peloton in attempt four together with Pascal Eenkhoorn (Jumbo-Visma) among others. Eenkhoorn then accelerated on the Colle di Nava (category third), the toughest climb of the day. Filippo Tagliani could not keep up with Eenkhoorn’s pace and soon had to let go.

Platoon on the go

The remaining four riders (Van den Berg, Eenkhoorn, Mirco Maestri and Nicolas Prodhomme) took a big lead of about seven minutes and so the sprinter teams had to work to close the gap with the leading group and (as before expected) to make it into a bunch sprint.

The peloton gave chase at a killer pace, but the quartet in the front worked well together and kept pounding through to the end. It resulted in a nerve-racking final phase, where the brave leading group had to surrender 500 meters before the finish.

In the bunch sprint that followed, Démare was the strongest. Phil Bauhaus came very close, but just didn’t make it. It was already Démare’s third stage victory in this Giro d’Italia.